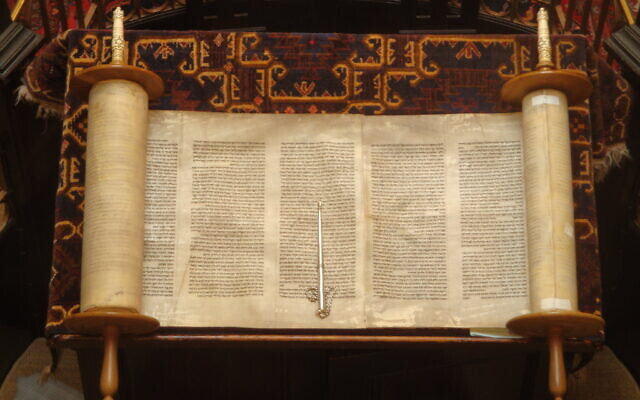 "Torah" by Lawrie Cate is licensed under CC BY 2.0

True or false: The biblical matriarchs and patriarchs are all buried together.
Who am I?: My tent’s doors were always open to guests.
Fill in the blank: This Chanukah story heroine has a seven letter name.

Middle schoolers Aviv Dobzinski and Ari Paris aren’t certain if they’ll be asked these particular questions during the upcoming JewQ Championship. What they do know for sure is how much they’ve enjoyed the preparation for the March 21 finale.

“It’s been really fun to learn about the Jewish culture,” said Aviv, 10. 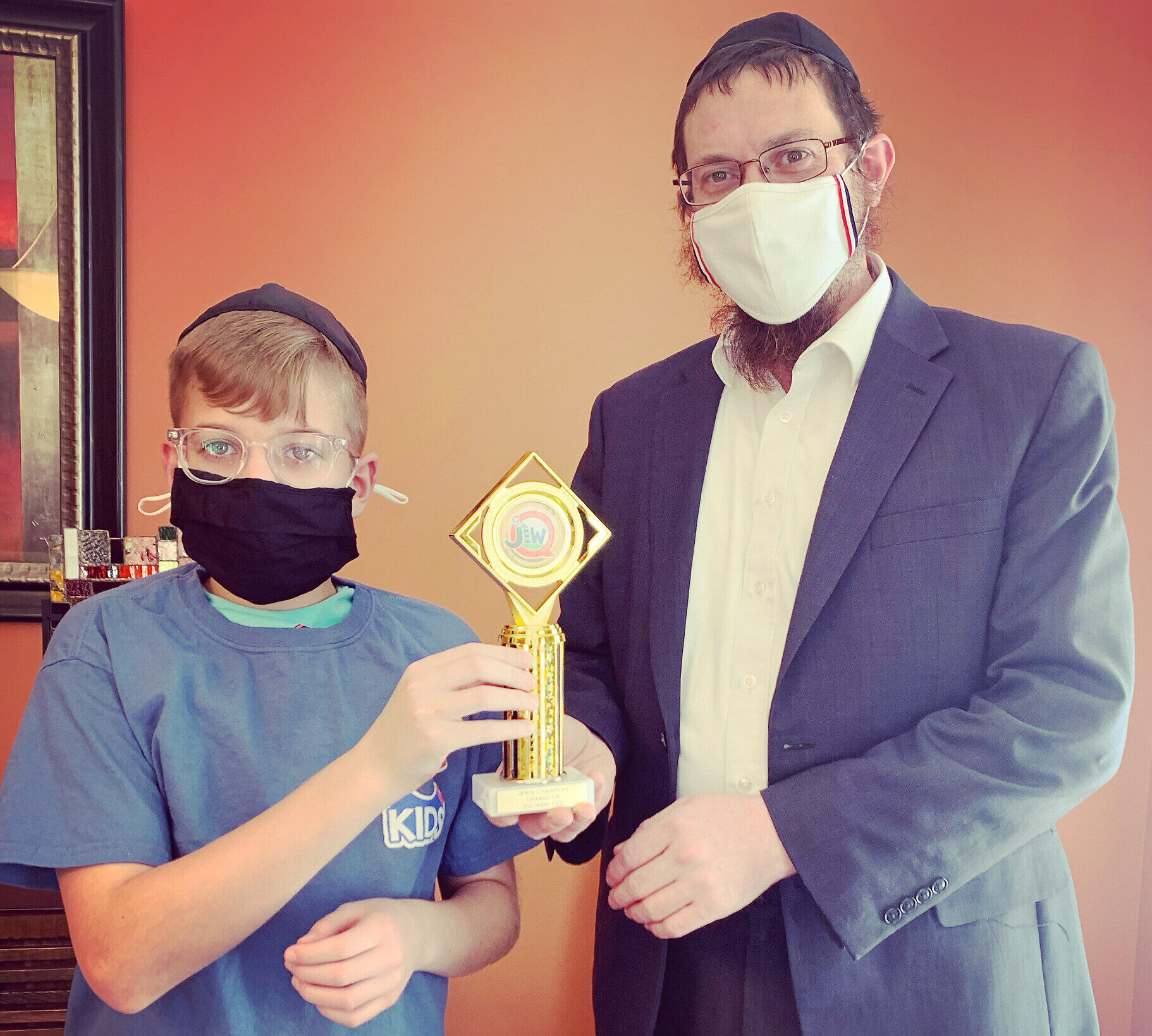 JewQ is administered by Chabad Children’s Network and offers students in grades three to seven an introduction to various Jewish topics and a chance to demonstrate a mastery of material.

There are also great prizes, said Aviv and Ari.

The two are among a handful of students who began studying with Chani Altein, co-director of Chabad of Squirrel Hill, shortly after lockdowns started last year. At the time, Altein was searching for a meaningful way to educate students on Zoom. She saw an email about the competition and decided to use the nearly 250-page textbook as a curriculum. Interest in the competition grew, and each week Altein worked with students on topics including Jewish history, the Hebrew calendar, Tanakh and Jewish law.

Beginning last November, the first of three age-appropriate tests was administered. Aviv and Ari excelled, and with each subsequent exam continued joining students worldwide in a quest to exhibit their knowledge. With the final competition days away, the two Pittsburgh middle schoolers are excited to see how well they’ll perform — even if the experience is different from previous years.

As opposed to traveling to New York and taking the final test alongside fellow regional champions, Aviv, Ari and other contestants will remain at home and submit the timed quiz online. 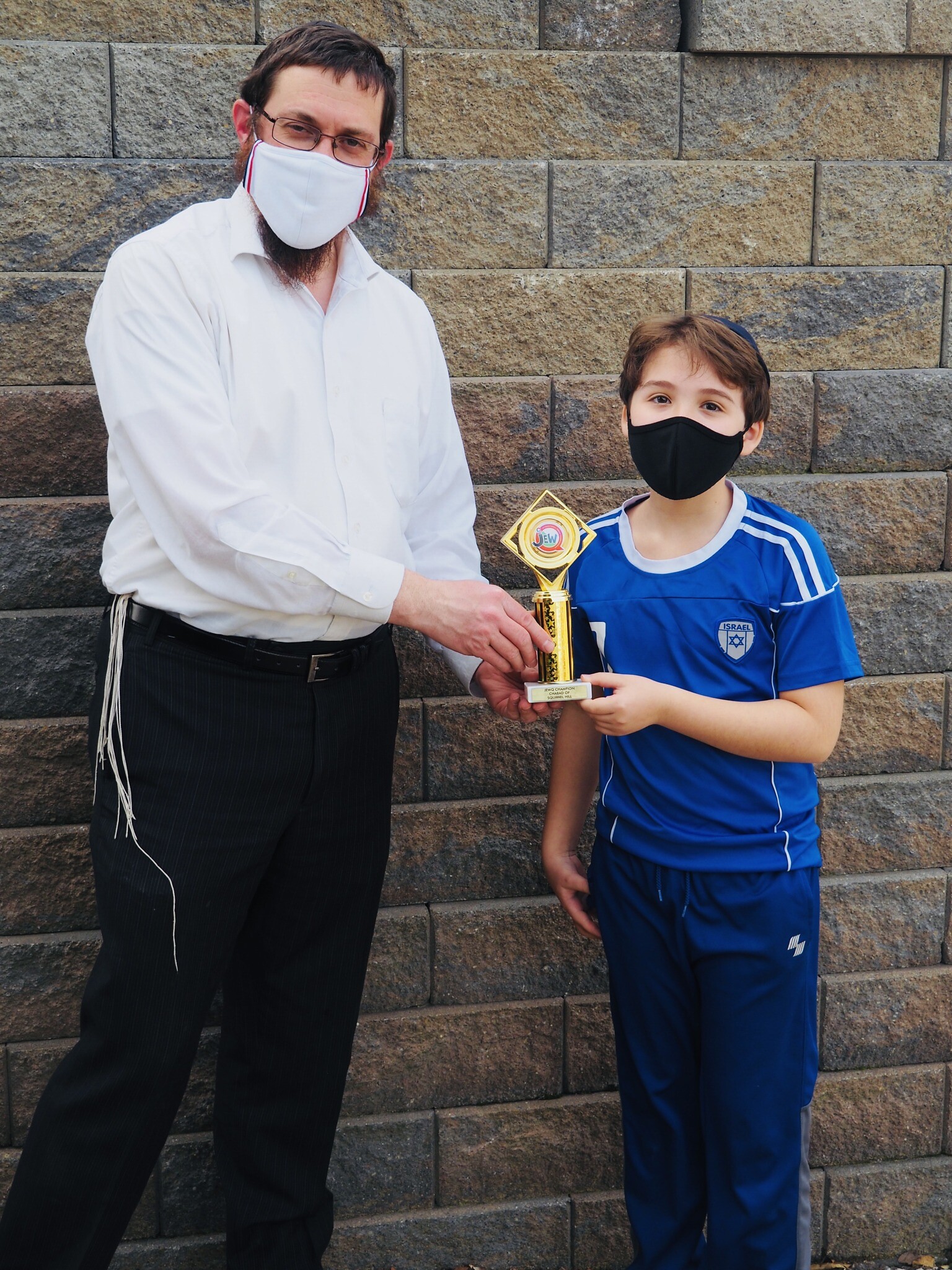 While the results of the competition won’t be announced for a while, some positive outcomes are already apparent, said Rabbi Yisroel Altein, co-director of Chabad of Squirrel Hill.

“The kids learned so much,” he said. “It was a tremendous opportunity.”

Throughout the year, the Alteins divided JewQ preparatory responsibilities: Chani Altein helped students prepare for the exams, and Yisroel Altein managed test scheduling and communications with Chabad headquarters. The Jewish professionals are proud of Aviv and Ari for reaching the championship but also pleased that such impactful Jewish engagement could occur during the pandemic. Each of the middle schoolers’ mothers agreed.

“It’s been a blessing for us over the past year,” said Ari’s mother, Julie Paris. The program offered a “consistent Jewish education … and was effective, fun and challenging.”

Whatever happens on Sunday is an afterthought, said Anat Talmy, Aviv’s mother.

“This is the first time I felt Aviv was into Judaism,” she said. “I don’t care what place he gets in the competition. He wants to be engaged, he’s curious.”

And as a family, there’s been added benefit, continued Talmy: “Every time we want to know something about a holiday, we ask Rabbi Aviv.” PJC