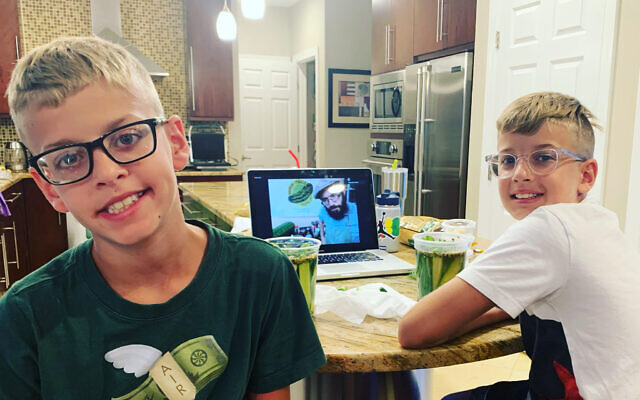 You’d think that after five months of personal, professional and communal engagement via Zoom, people might not relish an evening at home in front of their screens. Turns out if viewers are being instructed on how to ferment cucumbers then there’s hardly a pickle.

During an Aug. 25 hourlong presentation hosted by Western Pennsylvania Chabad centers, Rabbi Shmuel Marcus, of Chabad of Los Alamitos and Cypress, delivered step-by-step pickling instructions, along with musings, Torah teachings and a fair amount of puns. Often sliding between demonstration and drasha, Marcus expounded on the sanctity of salt — it is not only required for koshering meat, but, given its ability to preserve other elements, is a metaphor for Jews — and answered questions ranging from how much sunlight pickling requires to whether old brine can be reused for another batch. 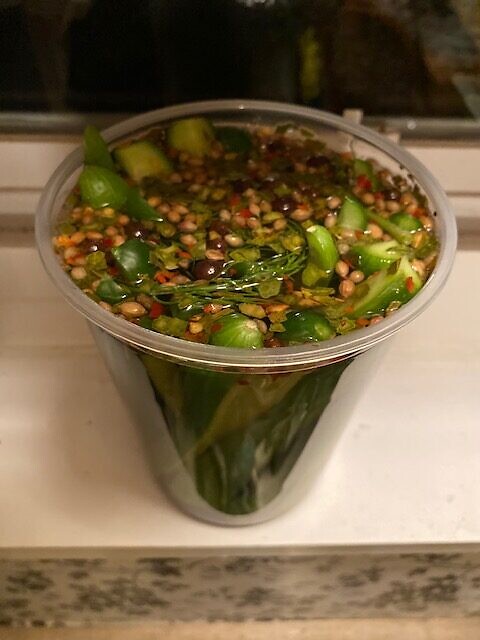 Because of the few ingredients required (water, kosher salt, garlic, peppercorn, dill and cucumbers), his pickling process is pretty simple, explained Marcus, while hoisting a giant plastic pickle as a prop.

It all began with an origin story.

Years ago, well before Marcus (who goes by the moniker “Rabbi Pickle”) had converted more than 100,000 cucumbers into crunchy sour snacks, he met Moe, an octogenarian with old-world pickling secrets. The two enjoyed each other’s company and shared their respective loves: Moe taught Marcus how to make kosher pickles and Marcus taught Moe about Judaism. By the time Moe died, Marcus had soaked up the pickling secrets well enough to be able to teach them to others, something he’s been doing for more than a decade.

His presentations, which blend that origin story with step-by-step instructions on the how-tos of pickling, have been offered to thousands nationwide. Marcus’ ability to blend many topics at once is impressive, said Rabbi Mendy Schapiro, of Chabad of Monroeville, one of the organizers of the most recent event. Attendees were similarly impressed.

Julie Paris, of Squirrel Hill, thought she and her family were just signing up for a pickle-making presentation – and then they ended up enjoying a night of meaningful Jewish learning as well. 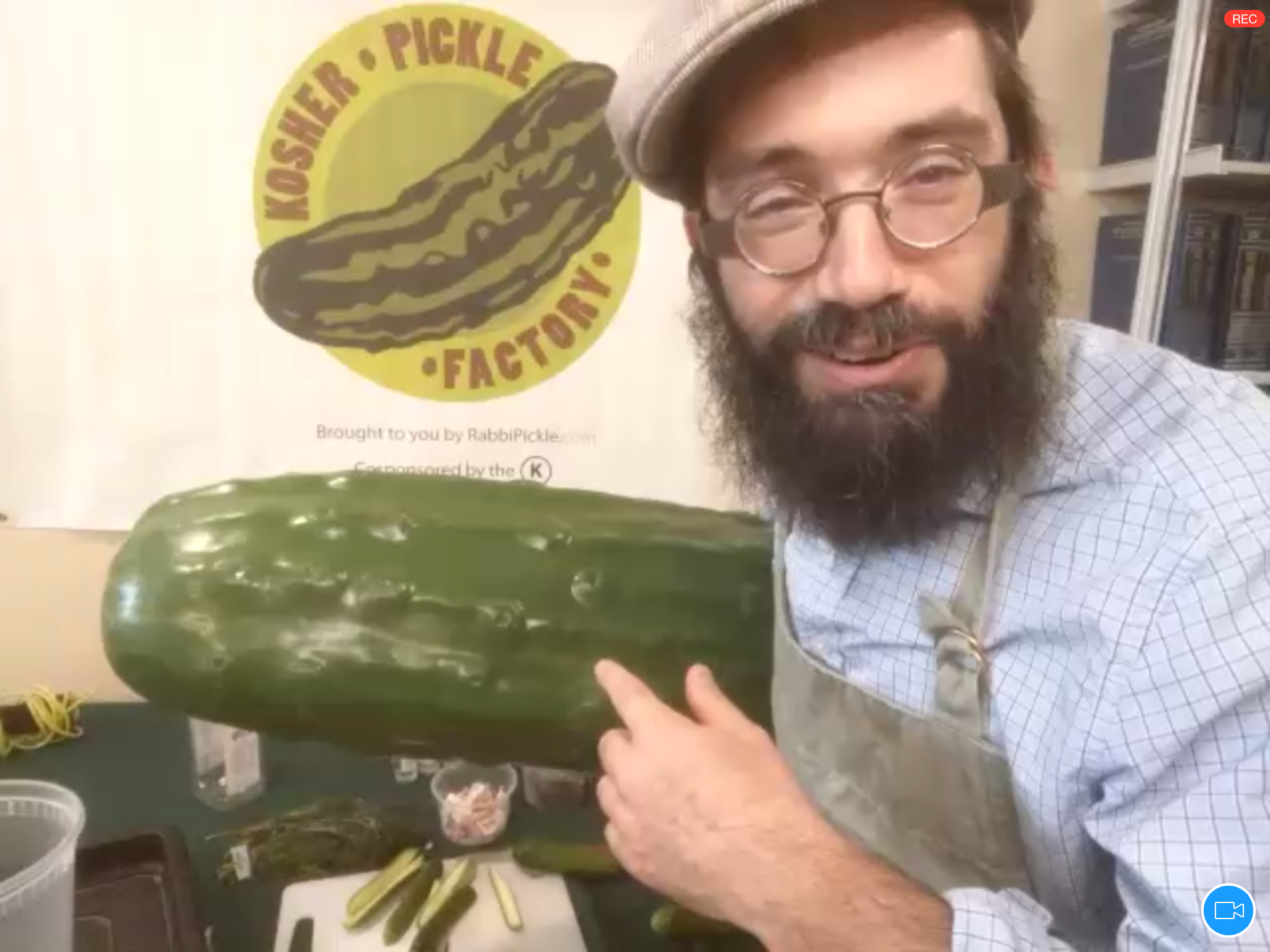 The kosher pickle-making workshop, like other recent events, was a collaboration between Chabads from across Western Pennsylvania, which have been enjoying increased collaboration since the pandemic began, said Rabbi Yisroel Altein of Chabad of Squirrel Hill. Virtual events have enabled wider access during a time when many individuals remain sheltered in place.

Since March, Paris and her family have used Zoom to engage with an Israeli soldier and observe his swearing-in ceremony, participate in Israel-related gaming with other families, listen to concerts and hear from international speakers on a host of topics.

“We’re really grateful for the family time and the opportunities that so many organizations have provided for us over the last six months,” said Paris. “We’re definitely making lemonade out of lemons.”

Jessica Ackner described herself as a “visual learner” who enjoys in-person programming at Chabad, but praised the pickling workshop and other cooking programs that have been offered virtually. Because of the cameras involved, it’s often easier to observe the culinary process step-by-step, she said.

Those who enjoy cooking at home in the company of screens are in luck, said Altein. Because of COVID-19, a “Mega Challah” event scheduled for Sept. 10 has moved online.

Given the timing, and depending on one’s taste buds, a cinnamon sweet challah may be a perfect antidote for a classically sour pickle. PJC