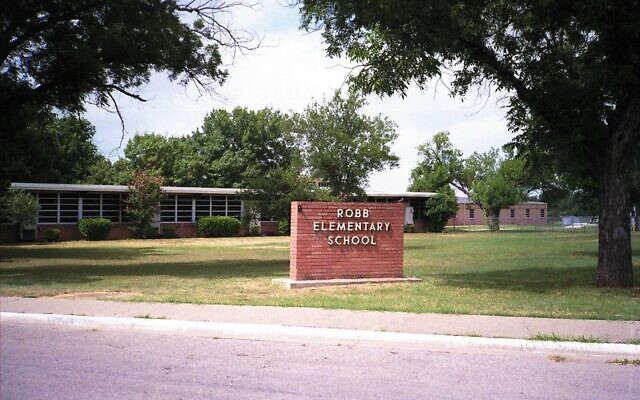 The Jewish community is once again trying to make sense of an outburst of violence.

Nineteen children and two adults were killed on May 24 at the Robb Elementary School in Uvalde, Texas — the second-deadliest school shooting since the Sandy Hook massacre in 2012.

Tree of Life Rabbi Jeffrey Myers, who survived the Oct. 27, 2018, attack at his Squirrel Hill synagogue, said he has recited Psalm 21 each morning since the Pittsburgh shooting, the most violent antisemitic incident in United States history. Eleven worshipers at Congregation Dor Hadash, New Light Congregation and Tree of Life were killed amid Shabbat prayers that day.

“‘I lift my eyes to the heavens; from where shall my help come? My help comes from God, Maker of the heavens and the earth.’ This morning, as I lifted my eyes, tears fell,” Myers wrote to the Chronicle following the murders in Uvalde. He added that “the pain of surviving the attack here in Pittsburgh once again feels fresh in my mind after yesterday’s horrific massacre at an elementary school.”

Myers said the community mourns with the families and friends of those murdered and offered prayers of comfort and healing for the children “who are now forever changed by what they witnessed.”

“And tomorrow,” he said, “we must all return to and wrestle with God’s question for us: ‘why?’”

The Rabbinical Assembly, the international association for Conservative/Masorti rabbis, issued a statement calling the murders “heartbreaking.”

“Children must be more precious to American than guns,” the statement began. It concluded by urging lawmakers to take all measures possible to limit the availability of guns, and added, “As our tradition reminds us, ‘Do not stand idly by the blood of your neighbor’ (Leviticus 19:16).”

It is past time for the Jewish community to mobilize to end American gun violence, Rabbi Menachem Creditor, founder of Rabbis Against Gun Violence, told the Chronicle.

“We used to say, organizationally, this wasn’t our fight,” said Creditor, who is the Pearl and Ira Meyer Scholar-in-Residence at UJA-Federation of New York. “We learned this is our fight. It should have always been seen as our fight because loving your neighbor as yourself means caring about their welfare the way that you care about your own.”

“We act on behalf of anyone oppressed because we remember what it is to be oppressed,” Creditor said. “In that spirit, communities that have been ravaged as part of the gun violence epidemic are the witnesses we need to amplify because they have bodily faced what we existentially fear.”

Despite the surge in gun violence, the rabbi said there is no coherent, united Jewish organizational response. In fact, he doesn’t think the political will exists to stop gun violence.

Rabbi Ron Symons, senior director of Jewish life at the Jewish Community Center of Greater Pittsburgh and founding director of the JCC’s Center for Loving Kindness, said grappling with the recent mass shootings has been hard for everyone, but it is uniquely difficult for those who still feel the pain of Oct. 27.

“What we need to figure out is, how am I going to find hope at a time when, week after week, we feel like that hope is being dismantled because of violence,” Symons said.

When people are hurting, he continued, it’s important to find a way to help.

“That means being an upstander, not standing by and being a bystander,” he said.

When Symons heard of the Texas school shooting, he reached out to the Herby Ham Activity Center, a community center located just three miles from the Robb Elementary School. He learned about its Project Grace, which provides a safe space for children experiencing trauma. Symons, in partnership with the 10.27 Healing Partnership, launched the “Build a Hug” campaign to provide new stuffed animals for the center and new elementary school-level books to the center.

It’s important for people who are traumatized when hearing news of gun violence to refrain from retreating into themselves, Maggie Feinstein, director of the 10.27 Healing Partnership, said.

“Don’t close the door and try to escape,” she said. “Finding ways to be in the world comfortably when you feel so bad is important.”

She suggested seeking support, whether through a worship community, an exercise class, a support group or other avenues.
If needed, the 10.27 Healing Partnership offers Canopy Conversations Monday and Thursday for people to stop by and talk.

Feinstein encouraged people to offer help to the communities attacked, noting that Pittsburgh learned after the massacre at the Tree of Life building that every act of help and support matters.

“From the very quiet to the very public, there were so many ways that helped us get through some of the darkest times,” she said.

Symons said that when we hear about shootings that affect other communities it’s important to think about “‘neighbor’ as a moral concept.”

“It’s about ‘neighbor’ as a verb,” he said. “It’s about living together. It’s about our shared humanity. I don’t care if someone goes to church on Sunday morning, mosque on Friday or synagogue on Saturday.”

In the end, he said, what affects one community affects all communities because we come from a common starting point.