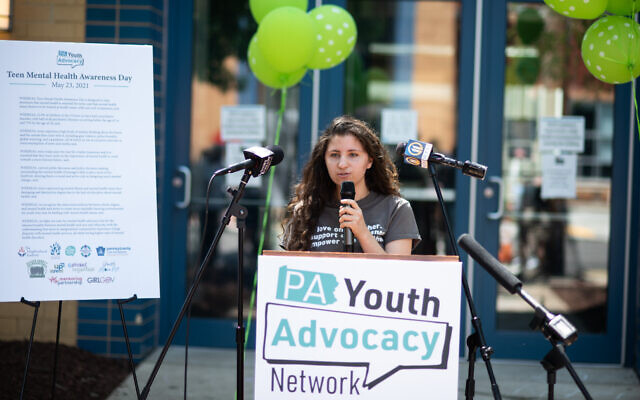 Fox Chapel High School senior Abby Rickin-Marks scored a major victory for teen mental health awareness when, on May 23, both the City of Pittsburgh and the Commonwealth of Pennsylvania made a proclamation calling for greater attention, education and advocacy for issues related to teen mental health.

The proclamations were publicly read by Councilperson Erika Strassburger and Lt. Gov. John Fetterman during an outdoor celebration at the Jewish Community Center of Greater Pittsburgh in Squirrel Hill.

Both politicians credited Rickin-Marks, 18, and other teens with shedding light on an important health concern for the community.

“It’s not something we talked about when I was a teenager,” said Fetterman. “Thank you for bringing attention to this and for reminding us all that this is a critical area.” 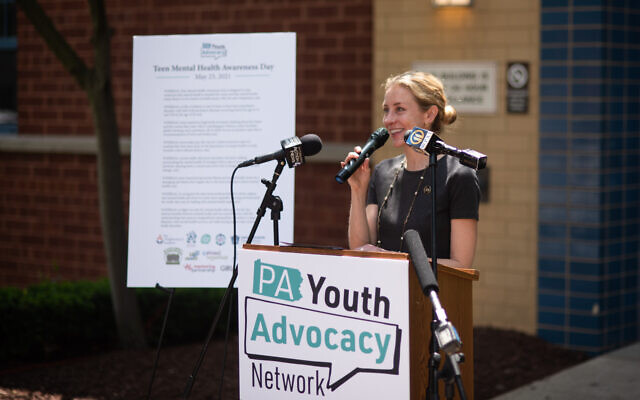 Following the program, Rickin-Marks said the proclamations were a capstone to three years of partnering with representatives from the Jewish Healthcare Foundation’s PA Youth Advocacy Network and the Pittsburgh JCC. Since connecting with Jewish community professionals in 2018, Rickin-Marks, whose family has been affiliated with Adat Shalom Synagogue in Cheswick, has spoken at multiple conferences and allied with students at neighboring high schools to increase awareness of teen mental health. Earlier this year, she won the National Alliance on Mental Illness Keystone Pennsylvania Youth Award, given to young leaders in mental health education.

There are many people in the community who work in the field of mental health, said Rickin-Marks, but “people don’t talk about it when it comes to teens.”

“COVID was obviously not a good thing, and there were so many negatives regarding it, but one thing it did allow was for people to open up about their mental health to some degree,” she said.

Research from the University of Michigan confirms that teen mental health issues have intensified during the pandemic: The C.S. Mott Children’s Hospital National Poll on Children’s Health found that 46% of parents of teens ages 13-18 say their children have “shown signs of a new or worsening mental health condition since the start of the pandemic in March 2020.” Also, 73% of the parents said the pandemic has had “a very or somewhat negative impact on their teen’s ability to interact with their friends.” 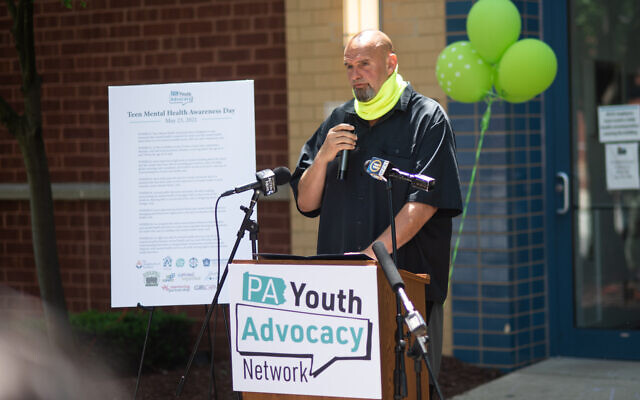 Although researchers and parents have helped increase attention on teen mental health — and topics like anxiety and depression have become more “commonly talked about” — there is still considerable work that needs to be done, said Rickin-Marks. For instance, certain mental health issues, like schizophrenia or bipolar disorder continue to carry a stigma, she said.

Rickin-Marks’ advocacy, and that of her peers who helped secure the proclamations and recognition of May 23 as Teen Mental Health Day, has furthered the Jewish Healthcare Foundation’s commitment to address adolescent mental health, said Danny Rosen, JHF’s vice board chair and professor of social work at the University of Pittsburgh.

“Teen mental health is a critical issue impacting everyone in our community,” said Rosen. “I’m proud to see the Jewish Healthcare Foundation continue to empower and create space for the youth voice to be heard.” PJC