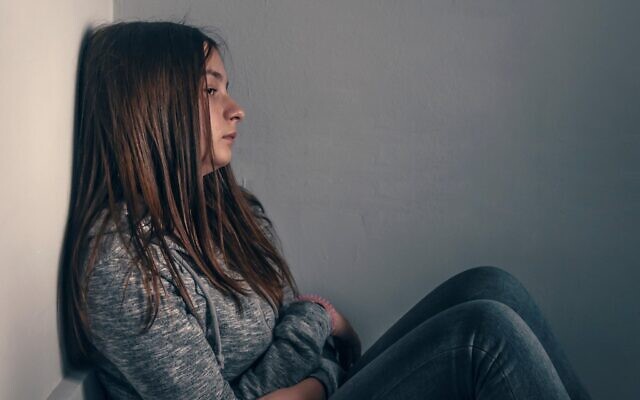 The uncertainty of a new school year amidst the COVID-19 pandemic – combined with more typical worries like peer pressure and parental expectations – pose an increased risk for stress and depression among teens, according to local mental health experts.

Confusion over whether they will be physically attending school or if classes will be virtual, hearing their parents voice fear and concern about how their own lives have changed during the pandemic, and being bombarded by the media with bad news are all stressors through which teens are navigating, Rabin said.

Parents are receiving conflicting information from newspapers and other sources, noted Rabin, an emeritus professor at the University of Pittsburgh. “So, what can they tell their children?”

A parent’s reaction to information can contribute or alleviate stress felt by teens, he added. “There are teenagers who were raised in home conditions where the parents had great coping skills and always communicated with kids, and there are homes where the parents had a lot of anger and told the kids ‘don’t trust anybody.’”

Parents should be consistent in how they interact with their kids, Rabin advised.

“They must be kind; they must explain things to the kids,” he said. “They can’t change their messages based on the latest things which they have heard. And they’ve got to be very careful that any information they share with their children is reliable scientific information, not information that is out there to create anxiety in people.”

If a teen is unusually irritable, that could be a sign they are experiencing heighted stress, according to Dr. Mindy Hutchinson, a board certified child and adolescent psychiatrist with a private practice in the South Hills.

“When teens get depressed, they get more cranky,” she explained. “They lose interest in things they usually enjoy,” and living in close quarters with their families can intensify those feelings.

The teenage years are when people separate from their parents, Hutchinson said. “They get angry and push their way out,” often turning to friends for support. Because of social distancing mandates, though, teens now are being denied access to their friends and usual activities.

Teens having a hard time dealing with stress often become frustrated and upset with people outside of their family as well, Hutchinson noted.

The forced quarantine caused by the pandemic “squeezes the family unit exponentially into a smaller box,” said Eric Bernstein, a psychologist who offers forensic evaluations for the courts and child protective services. As a result, he said, teens are forced to navigate a new set of expectations.

Parents working from home with children who would normally be at school adds an additional dimension of stress, according to Bernstein, and miscommunication between parents and teens can exasperate an already tense environment.

“They may not communicate what’s going on,” Bernstein said. “They may not even understand why they are so stressed. The parent has to deal with that and the child must deal with the parent’s own stress. So, it really is a challenge upon everybody.”

Moreover, the sudden loss of experiencing milestones can affect teens emotionally and psychologically.

“There is a level of grief that is real and palpable,” Bernstein said. Significant experiences that teens may have lost this year include the first day of school, prom, sporting events and even SAT dates that have been postponed.

Teens who graduated in 2020 missed out on expected rites of passage, including graduation ceremonies and school trips, causing additional stress, noted Stephanie Rodriguez, a teen and adolescent psychotherapist for UpStreet, JFCS Counseling Services.

The new school year presents different challenges and uncertainties, according to Erin Barr, a clinical coordinator with UpStreet, JFCS Counseling Services. “There are still a lot of unknowns,” she said. “I’ve heard as recently as this week that schools are changing their plans for reopening. As soon as they begin preparing for one possibility it changes. So, they’re always waiting for the other shoe to drop.”

To maintain a sense of normalcy and fight some of the stress, Barr recommends teens taking control of what they can.

“Maybe go out and get something for your at-home desk,” she said. “Redecorate the area. Designate a specific area in your home for school. That is something that can help you feel like you have control over something when you have little control over other things.”

When teens do begin to feel overwhelmed, it is important that they reach out to other people, said Rodriquez. Equally important is for parents to check in with their teens. Communication between parents and their children is vital to ensure teens can navigate the stressful landscape created by the pandemic and the start of the school year.

“It’s a balance between candor, transparency and considering the needs of your child,” Bernstein explained, and parents should acknowledge to their teens that they, too, are struggling, while not burdening them with concerns about bills or fears over their job.

“I’m hoping there will be some relief for kids and families, now that schools are making some decisions about when and if they’re going to reopen,” Hutchinson said. If, however, teens still have trouble dealing with stress, she recommends speaking to a family physician who can recommend a clinical psychologist. PJC