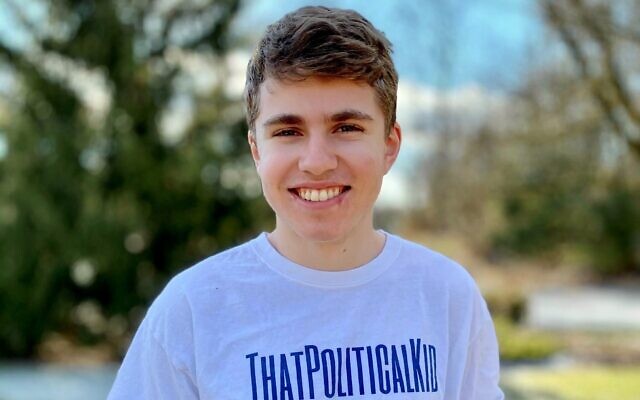 Jacob Bernstein was frustrated with the partisan rhetoric he was seeing on television and reading online.

“Politics, right now, can be a bitter topic,” Bernstein said. “People are often turned away by it. I think that sometimes, it’s good to have a middle ground and to be open to different perspectives about the same issue.”

The Upper St. Clair High School junior has always had an interest in civics, he said. It was this passion, and what he saw on cable news channels like CNN and Fox that led him to create the website “That Political Kid.”

Bernstein writes the blog posts on his website with a non-partisan, neutral point of view, he said, attempting to present both sides of an argument and to, hopefully, educate his readers.

His audience is made up of both Democrats and Republicans. He has received an email from a Trump supporter who expressed appreciation for the way Bernstein lists facts and analyzes situations without political bias. Democrats, he said, have told him that as well.

“That’s one of the most rewarding parts about it for me,” Bernstein said, “because I just enjoy being able to help both sides in a way.”

Bernstein, who began writing his political blog during the first impeachment trial of Trump, not only pens the columns but created the website himself. He promotes it through Instagram.

The 17-year-old is learning as he goes but has already figured out how to move younger viewers from his Instagram page to his website.

“The images — I’ll admit, they’re not always original — but my account basically functions as a news outlet, using hashtags, capitalizing on the business of Instagram, because there are a lot of competitors,” he said.

Bernstein’s mother, Natalie Bernstein, said the website is an outlet for her son, who was stymied by the family’s “no political talk after 7 p.m.” rule.

“All he talks about is politics, day in and day out,” his father, Eric, said. “There’s only so much I can absorb but he loves it. The website took hold as a platform for him to reach people.”

Politics and journalism are two of Bernstein’s passions, but they are not the only ones. He also loves music, and has performed virtually with Temple Emanuel of South Hills, playing piano for Shabbat services.

Despite his many interests, his father believes Bernstein eventually will be headed to law school.

“Law school is something I lean toward right now because I really like politics, but I can’t decide if I’m going to be a politician or just participate from the sidelines,” the teenager said.

Bernstein is not alone in creating an innovative way to reach his peers on meaningful topics. A few miles away in Squirrel Hill, siblings Sasha and Ezra Kranson have created the podcast “Concerning Climate.”

The pair promote the show, which is available on Spotify, as “a podcast led by kids about the climate crisis where we interview experts and activists.”

Ezra, 11, said he decided to create the program after watching the film “I Am Greta,” a documentary about teen Greta Thunberg and her efforts to combat climate change.

“It really roused us into action,” he said.

His co-host and sister, Sasha, 14, overheard Ezra talking about the idea and asked if she could co-host. Ezra agreed and “Concerning Climate” was born.

It is no surprise that podcasts is their chosen platform. Ezra spends time listening to science-based and information shows, and Sasha enjoys storytelling podcasts. They both appreciate the portability of podcasts.

“I like that you can listen to them when you’re doing other things like folding laundry or doing chores or are just bored,” Sasha, a ninth-grader at Pittsburgh CAPA said.

Ezra, a Community Day School sixth-grader, agreed, adding that he enjoys listening to podcasts in the car.

Not bad for two kids acting as their own researchers, writers, producers and hosts.

Their mother, Rachel Kranson, an associate professor at the University of Pittsburgh, said that Sasha and Ezra are deeply concerned about the future of the planet. 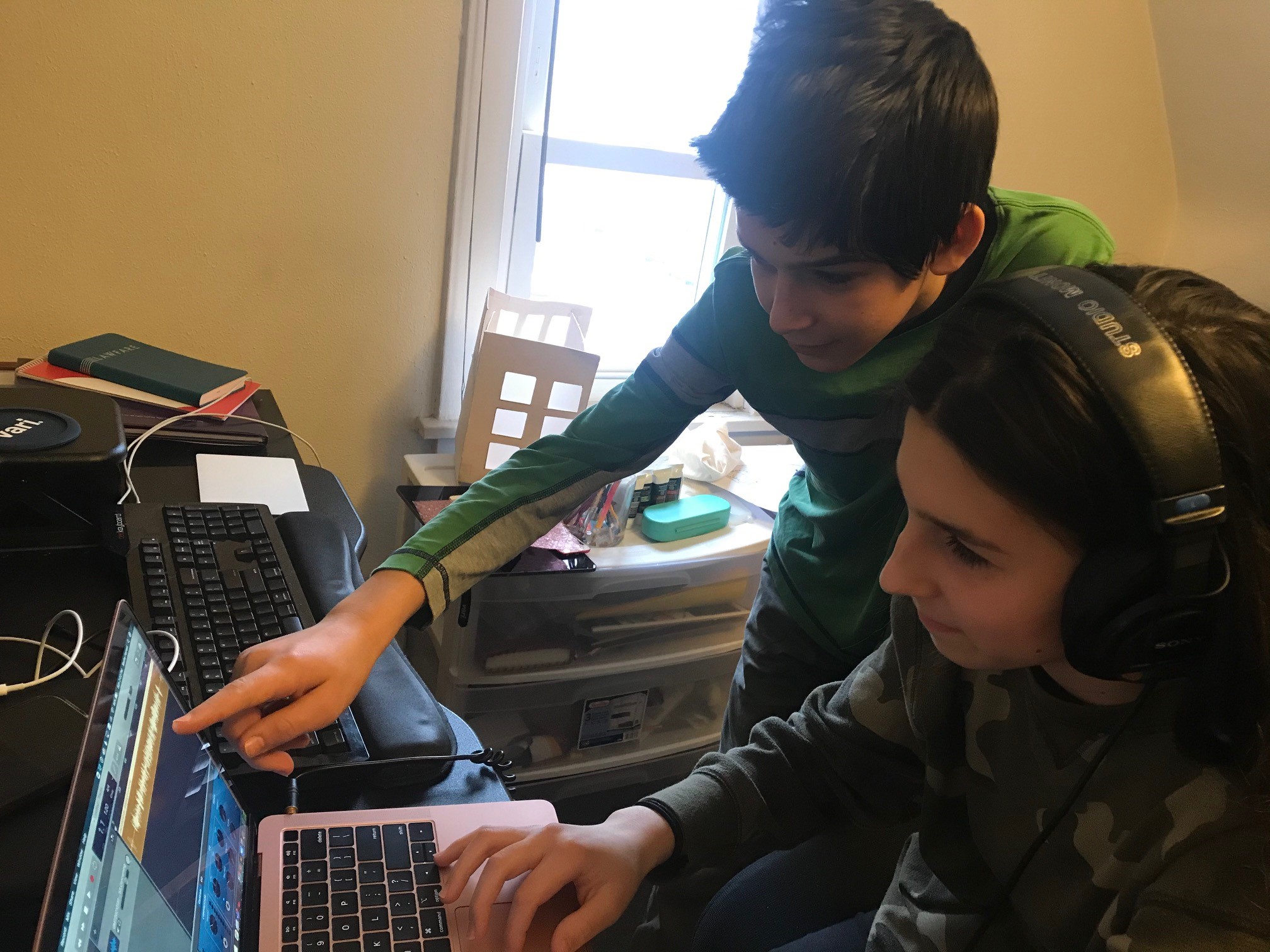 “Instead of just worrying, the youth are taking responsibility and doing something about it,” she said. “I couldn’t be prouder of my kids for being part of that movement and working to solve the problems caused by earlier generations.”

The advent of new technology has leveled the journalistic playing field, allowing anyone with an interest in journalism or a passion for a subject to begin disseminating their message, explained Point Park University’s Center for Media Innovation Director Andrew Conte.

“We’ve really seen a democratization of information over the past decades,” Conte said. “Basically, around the invention of the iPhone and other smartphones. Everyone who has a smartphone has the ability to be a publisher or broadcaster.”

Teenagers, he said, are particularly adept at new forms of technology. And while everyone now has access to programs allowing them to create content, Conte said it is still important that future journalists learn the basics.

“At the Center for Media Innovation we teach them how to use the technology to tell stories that are well researched, robust, accurate and free of bias,” he said.

Sasha and Ezra have not told many friends about their budding broadcasting careers, but the ones who know are impressed.
“The friends I’ve told,” Sasha said, “are pretty excited about it.” PJC