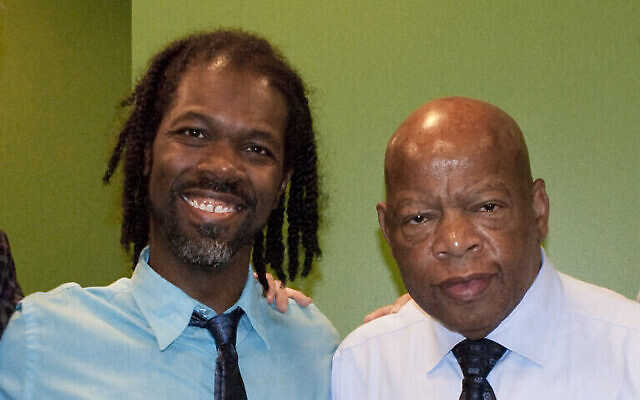 As an artist, illustrator and writer with an expertise in graphic novels (i.e., comic books), Marcel Lamont Walker understands the value of a superhero has nothing to do with beautifully sketched flowing capes, sweeping depictions of incomprehensible physical prowess or dramatic narrations of evil upended.

Walker, a comic book devotee and project coordinator and lead artist for the Holocaust Center of Pittsburgh’s “Chutz-Pow!” series, recognizes the importance of superheroes because he’s met them.

Well before shaking partisan fighter Moshe Baran’s hand or speaking candidly with the late civil rights leader Rep. John Lewis, Walker was transfixed by characters whose actualized goodness distinguished them from other mortal beings. When it came to Superman, it certainly helped that the Man of Steel was faster than a speeding bullet, more powerful than a locomotive and able to leap tall buildings at a single bound, but even as a child Walker knew that Clark Kent in disguise was merely a two-dimensional figure. The Man of Tomorrow was a model for what people could become when they chose to use their powers and abilities for a greater purpose. That’s why Walker was so nervous when he first met Baran, a Pittsburgh resident and Holocaust survivor who, as a member of the Jewish partisans, spent two years living in Poland’s forests fighting Nazis and saving Jews during World War II.

In his role with the Holocaust Center, Walker had spent months studying Baran’s wartime activities, and those of Malka, Baran’s wife, who as a prisoner in the camps was among a group of women who hid a baby in their barracks.

In words alone, the Barans’ stories were extraordinary. Rendering their unimaginable tales into images so that the drawings would be accessible to students and readers of diverse ages and backgrounds was no small responsibility. But Walker cherished the challenge, and was rewarded when when he finally met Baran several years ago.

“I’ve been obsessed with Superman since the age of 6,” said Walker. “It was like Superman himself walked into the room.” 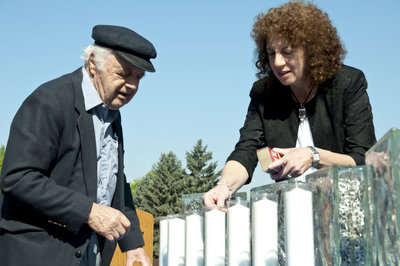 Walker soon experienced that otherworldly feeling again. After having written a review of the final installment of “March,” a three-part graphic autobiography of Rep. Lewis for the Pittsburgh Post-Gazette, Walker, a board member of ToonSeum, a comic book museum formerly located on Liberty Avenue, was invited to help chaperone Lewis and the book’s co-creators during a 2016 visit to Pittsburgh.

Prior to the group’s presentation to fellow comic book enthusiasts, Walker questioned Lewis about the often overshadowed realities of the civil rights movement: As dramatic as the sit-ins and marches were, what happened during the interim? What does the downtime of a revolution look like?

Planning and partnering between lawmakers and activists doesn’t necessarily generate the most thrilling narratives, but the details gave the artist insight. By staring at the icon, who stood 5 feet, 5 inches tall and expressed visible exhaustion from hours traveling to promote the work, Walker reaffirmed his conception of superheroes. 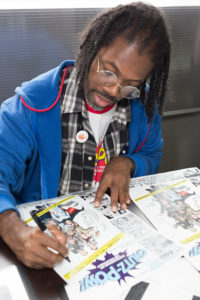 “In your head you build up these mythic proportions, but these are human beings,” he said.

That they are visibly relatable, or even enjoy similar activities, only increases the awe.

Lewis explained that as a teenager he read “Martin Luther King and the Montgomery Story,” a 16-page comic book showcasing the accomplishments of Martin Luther King Jr., Coretta Scott King, Rosa Parks and Mahatma Gandhi. Inspired by their actions and the value of nonviolence, Lewis joined the civil rights movement, became one of the organizers of the 1963 March on Washington, advocated voting rights, led 600 people across the Edmund Pettus Bridge on “Bloody Sunday” in 1965, and then went on to a remarkable political career serving Georgia’s 5th congressional district for 17 terms. 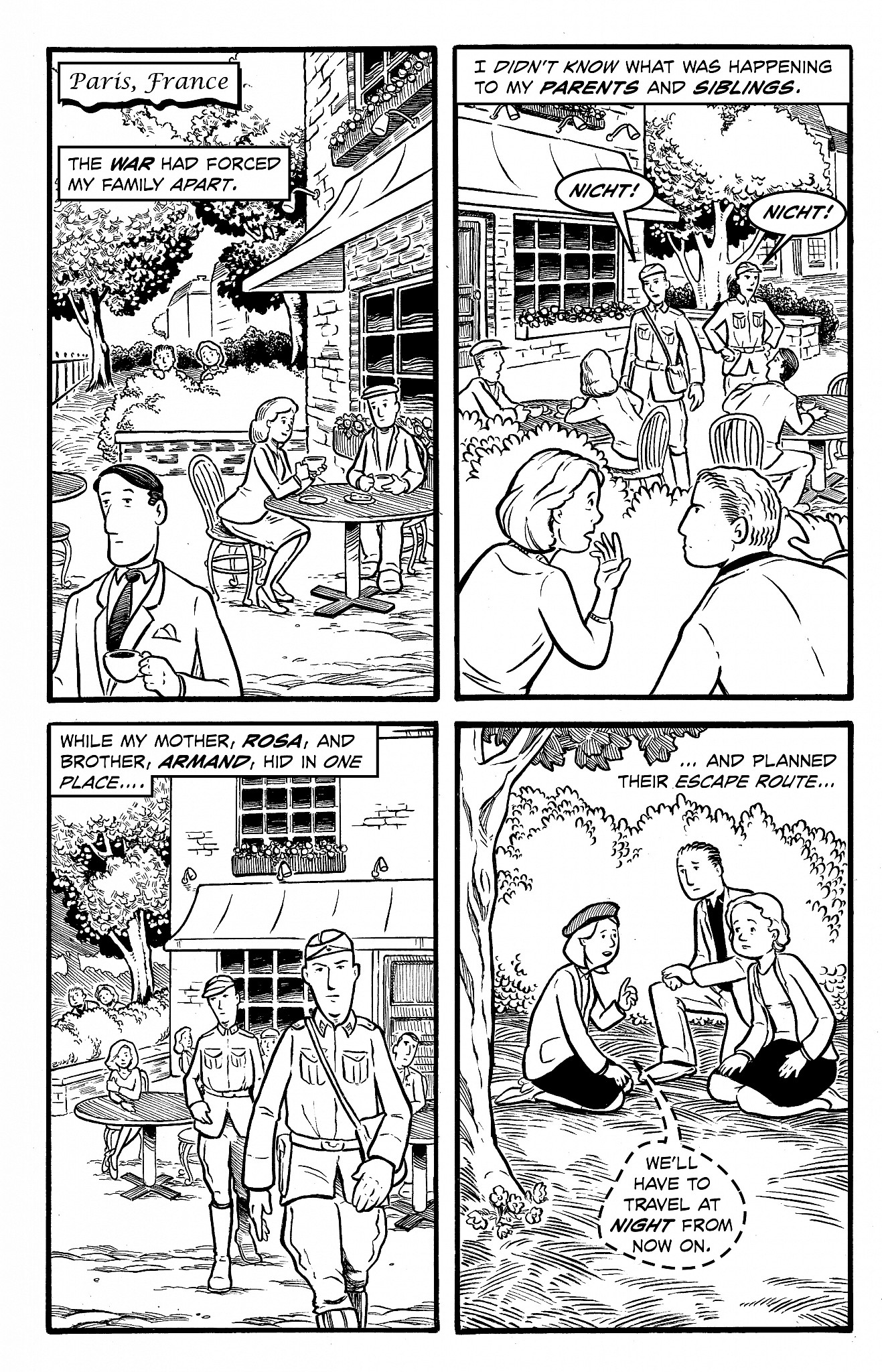 Walker understands how comic books can be catalysts. He also believes that a collection of microhistories can represent larger truths, so when discussing “Chutz-Pow!” with listeners of all races, ages and religions, Walker, a Black non-Jewish man, often references a quote attributed to James Joyce: “In the particular is contained the universal.”

As “Chutz-Pow!” has grown over the course of its four volumes, so has the opportunity to broaden the project’s reach, highlighting women, children and members of the LGBTQ community who were persecuted during the Holocaust. Such specificity has made the project better, and Walker would like to see even more organizations and communities similarly use comics to foster social change. 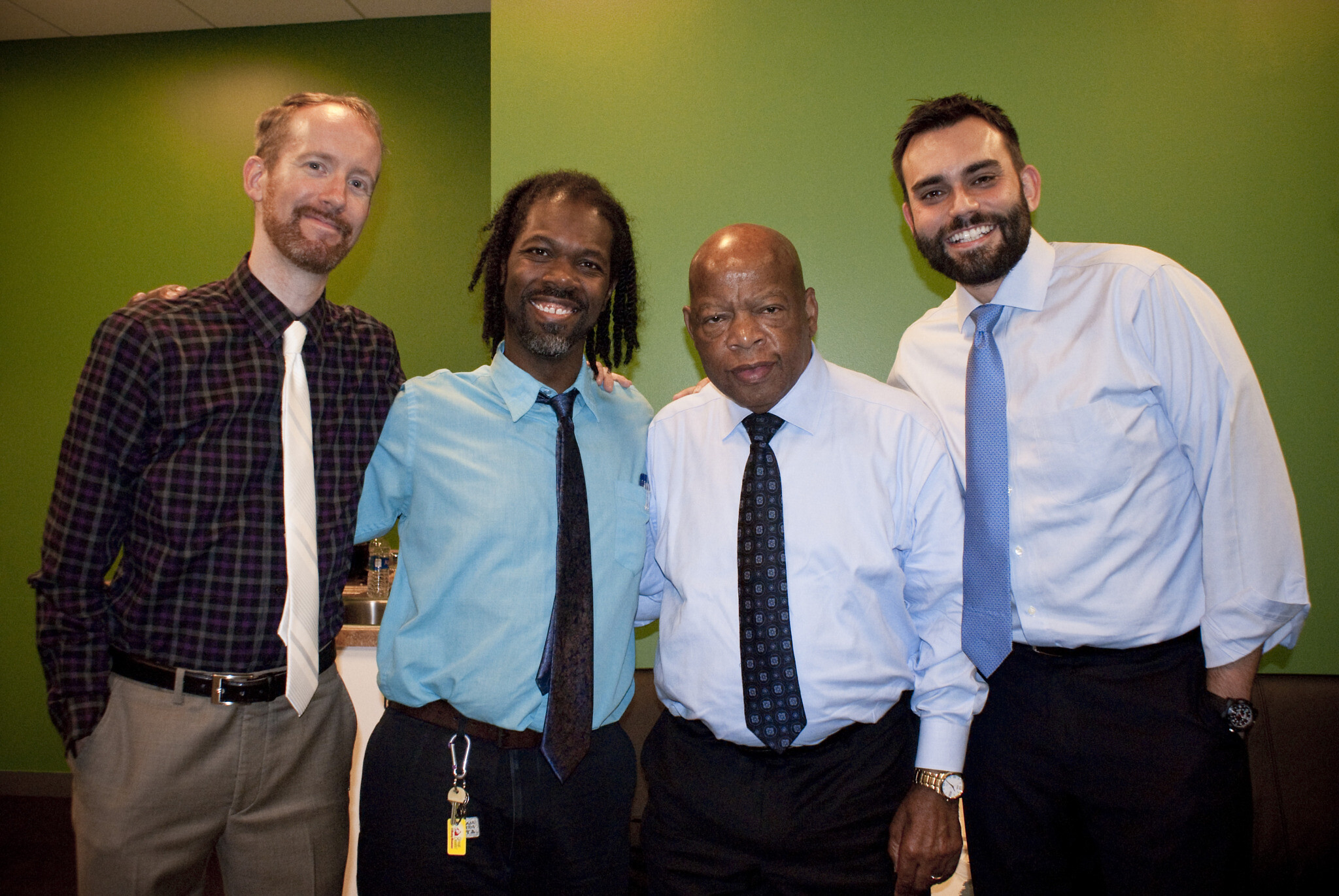 Walker’s work has benefited not just “Chutz-Pow!” but the Holocaust Center of Pittsburgh generally, explained its director, Lauren Bairnsfather: “Marcel Walker’s superpower is empathy. He is able to see the world through others’ eyes.”

And the socially conscious artist both embodies and understands the “Spider-Man” trope that says, “With great power comes great responsibility.”

But as for the days ahead, will nonprofits and other groups follow the Holocaust Center of Pittsburgh’s model? Will readers implore educators to increase usage of penciled, inked and lettered panels? Will Walker lead the charge?

As comic book readers already know, “to be continued…” PJC