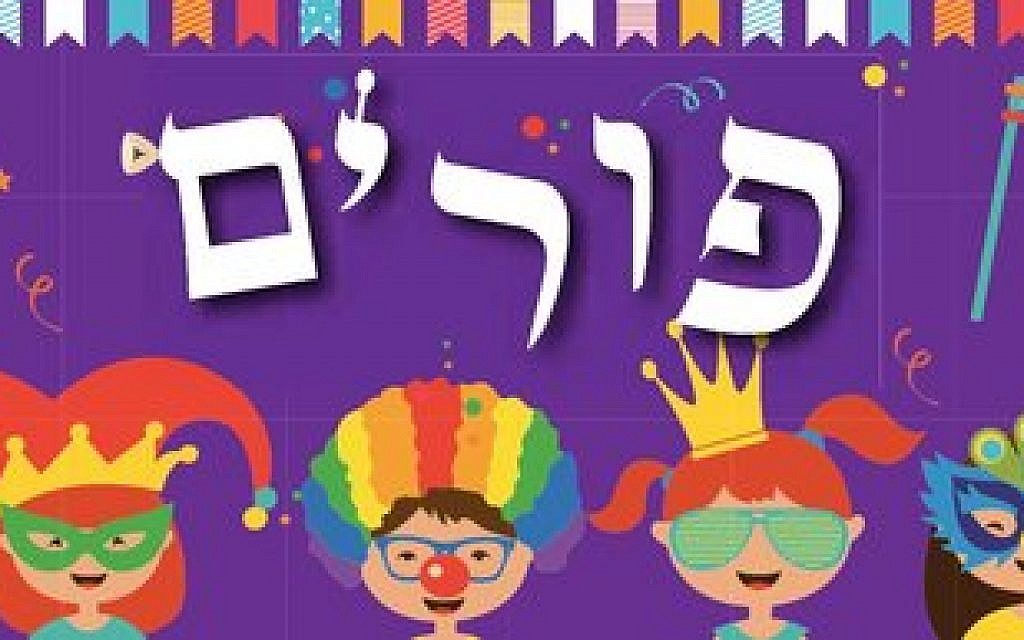 During childhood, when many of us ate hamantaschen and dressed in costumes at Purim, we learned the story of Queen Esther, a nice Jewish girl from ancient Persia.

Her uncle Mordecai implored Esther to enter a contest run by the king of Persia, who was selecting a wife. The king chose lovely-looking Esther for his bride.

Because Mordecai knew that Haman, the king’s trusted adviser, was plotting to annihilate the Jews of Persia, he intentionally steered his niece into this pivotal position. When she revealed Haman’s wicked plot, the king hanged Haman and spared the Jews.

Celebrations have ensued ever since, and menus have varied among Sephardi and Ashkenazi Jews.

Because the Purim story takes place in ancient Persia, it is fitting to celebrate the holiday by eating Persian food. The Jewish cuisine that evolved from ancient Persia is iconic. Seasoned with cardamom, turmeric, cumin, oregano and other spices, these foods fill kitchens with intoxicating scents. Typical dishes entail combinations of meat and rice.

This soup is so beloved by Iraqi Jews, it is often called simply shorba, meaning soup. Although rice makes this soup appear milky, it contains no dairy.

Fill a bowl with cold water.

Submerge the rice, and soak it for 90 minutes.

Drain it in a fine sieve. Reserve.

Dice both the onion and garlic, then chop them finely.

In a large, deep nonstick stockpot, heat the oil on a medium-low flame.

Add the onion and garlic and stir.

Sprinkle in the salt, pepper, turmeric, cardamom and cumin. Mix until combined.

Sauté until the onions soften and the mixture is fragrant.

Add the chicken thighs, rice and chicken broth. Bring it to a rolling simmer on a medium-low flame for 2-3 hours.

Stir the broth often to make sure the rice isn’t sticking to the pot. Reduce the flame if the liquid is absorbing too quickly. Taste and add more salt, if needed.

Shorba is ready when the rice has absorbed so much broth that it expands, appearing as if the soup is made with cream.

Cool the soup briefly until it is safe to remove the chicken without burning yourself. Using a slotted spoon utensil, move the thighs to a plate for 5-10 minutes. Remove and discard the skin and bones.

Shred the chicken and return it to the soup.

Stir to combine, and heat it briefly.

Among Iranian Jews, this stew has become the signature dish at Friday night Shabbat dinners, crossing borders and spanning decades. Ironically, khoresh was an everyday dish back in Iran.

Peel and chop the onion and garlic. Reserve it in a small bowl.

Dice the eggplants and tomatoes. Reserve them in a medium-sized bowl.

Drizzle 2 teaspoons of olive oil into a large deep pot and heat it over a medium flame.

Add the lamb and sprinkle it with some salt.

Brown the lamb on all sides. Add more oil, if needed.

Move the lamb to a plate, and cover it with aluminum foil. Reserve.

Discard the oil from the pot. Wipe it clean with a paper towel.

Drizzle 2 tablespoons of oil into the same pot.

Add the onion, garlic and a sprinkle of salt. Sauté until wilted.

Add the eggplants and tomatoes, plus an additional 2 tablespoons of oil and sauté.

Add the turmeric, cumin, oregano and more salt, if needed. Stir to combine.

When the veggies sweat and begin to emit a sauce, add the lamb, chicken broth and lemon juice. The ingredients should be submerged by two inches. If not, add enough water or more chicken broth to achieve that.

Cover the pot, and simmer for 1 hour or until the liquid reduces from soupy to stew-like.

During cooking, test it to see if there’s enough salt and add more if needed.

In Persian cuisine, rice is often placed around the edges of platters, surrounding the main course in the middle.

Heat the oil in a medium-large pot over a medium flame.

Pour in the rice, and stir to coat each grain. Sprinkle on salt. Heat for 1-2 minutes until the rice looks translucent.

Add 2½ cups water and stir again. Cover the pot with a lid, and reduce the flame to low.

Check every 5-10 minutes to make sure the water isn’t boiling away. If so, lower the flame so the rice simmers slowly. Add more water if the rice starts sticking to the pot.

Simmer for 20-25 minutes or until the rice is cooked through.

Remove the pot from the flame. Let the rice rest for 5 minutes with the lid still on the pot.

Spoon the rice around the edges of a rimmed platter.

Move the lamb stew to the center, with some of the stew sauce.

Sprinkle cilantro over the stew.

Popular with Iraqi Jews, these domed cookies are served at Purim and as a sweet following the Yom Kippur fast.

Grind the almonds in a food processor until they resemble coarse sand. Reserve.

Sift the flour, salt and baking powder into a medium-sized bowl and reserve.

In a large mixing bowl, use an electric beater to beat the eggs, sugar, lemon zest and cardamom until the mixture is light and foamy.

Add the flour mixture, a little at a time, beating on a low speed until moistened.

Add the almonds and mix until combined, scraping down the bowl a couple of times.

Roll the dough in your palms, forming 1-inch balls. Rinse your hands in warm water a couple of times, as they will get sticky.

Place 12 balls on each prepared cookie sheet. Place two cookie sheets in the oven. Bake for 6 minutes. Move the top cookie sheet to the bottom and vice versa. Bake for another 6 minutes until the cookies are golden brown.

Cool to room temperature. These can be made three days ahead if stored in airtight containers. The recipe freezes well. PJC

Linda Morel is a food columnist for the Jewish Exponent, an affiliated publication where this first appeared.