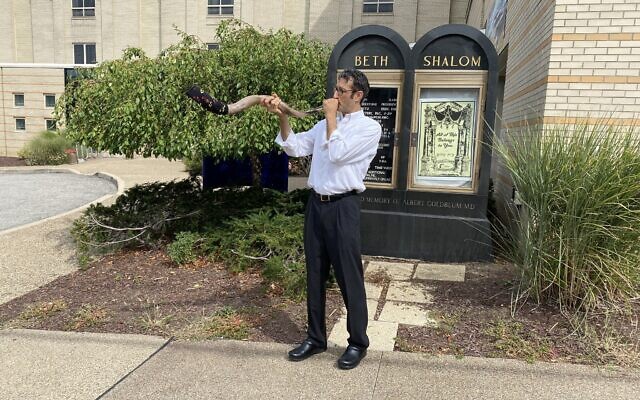 Hearing the blasts of the shofar is the central mitzvah of Rosh Hashanah, but amid a global pandemic, the blowing of the ram’s horn, like just about everything else, has become complicated.

Usually, shofar blowers are surrounded by clergy and lay leaders of the High Holiday service, as well as young children eager to hear the ancient horn’s resounding blasts or observe the instrumentalist’s reddened cheeks and amusing facial expressions. Given concerns that sounding the shofar potentially can produce airborne particles transmitting COVID-19, though, local congregations are distancing shofar blowers from nearby listeners while still encouraging people to hear the instrument’s various wailing and triumphant cries.

Temple David, a Reform congregation in Monroeville, is hosting online High Holiday services and inviting participants to an in-person program titled, “Drive-In Shofar on the Roof,” where people can drive to the synagogue’s parking lot, remain in their cars, and hear the shofar blasted from above, said Temple David’s Rabbi Barbara Symons.

Kesher Pittsburgh is offering a similar hybrid experience. Along with online services, the independent, post-denominational community is offering in-person events in Fox Chapel and Shadyside where attendees can drive up, stay in their cars and enjoy a distanced listening.

People can either roll down their windows or join in by bringing their own shofars and sounding along during the “car-cophony,” said Kesher Pittsburgh co-leader Sara Stock Mayo.

Mentioned in the Bible and rabbinic literature as an instrument to denote awe, herald occasions and invite repentance, the shofar is typically associated with Rosh Hashanah and Yom Kippur.

Many congregations, though, began using the shofar weeks ago at the start of the Hebrew month of Elul.

As a 29-day leadup to the Jewish new year, Temple Emanuel of South Hills members are traveling throughout Pittsburgh, sounding the instrument and recording the experience for online viewing.

Whether at the Forbes Field Wall in Oakland, inside Heinz Hall or beside the University of Pittsburgh’s Cathedral of Learning, Temple Emanuel shofar blowers are seeking to awaken listeners’ souls and encourage people to connect to the seasonal spirit, said Temple Emanuel’s Rabbi Aaron Meyer. During the High Holidays, the Reform congregation plans on hosting several intimate outdoor events with shofar blowers standing approximately 30 feet from listeners.

“This will both allow for better visibility and for the aerosols and droplets to disperse well before reaching a congregant,” Meyer said.

Aerosolized distribution from wind and brass instruments was recently investigated by researchers from the University of Colorado Boulder and the University of Maryland. In a non-peer reviewed study, released July 2020, researchers found that instruments, like trumpets and clarinets, emitted higher concentrations of aerosols, and that masks or nylon bell coverings over the instruments’ ends reduced particle concentrations. 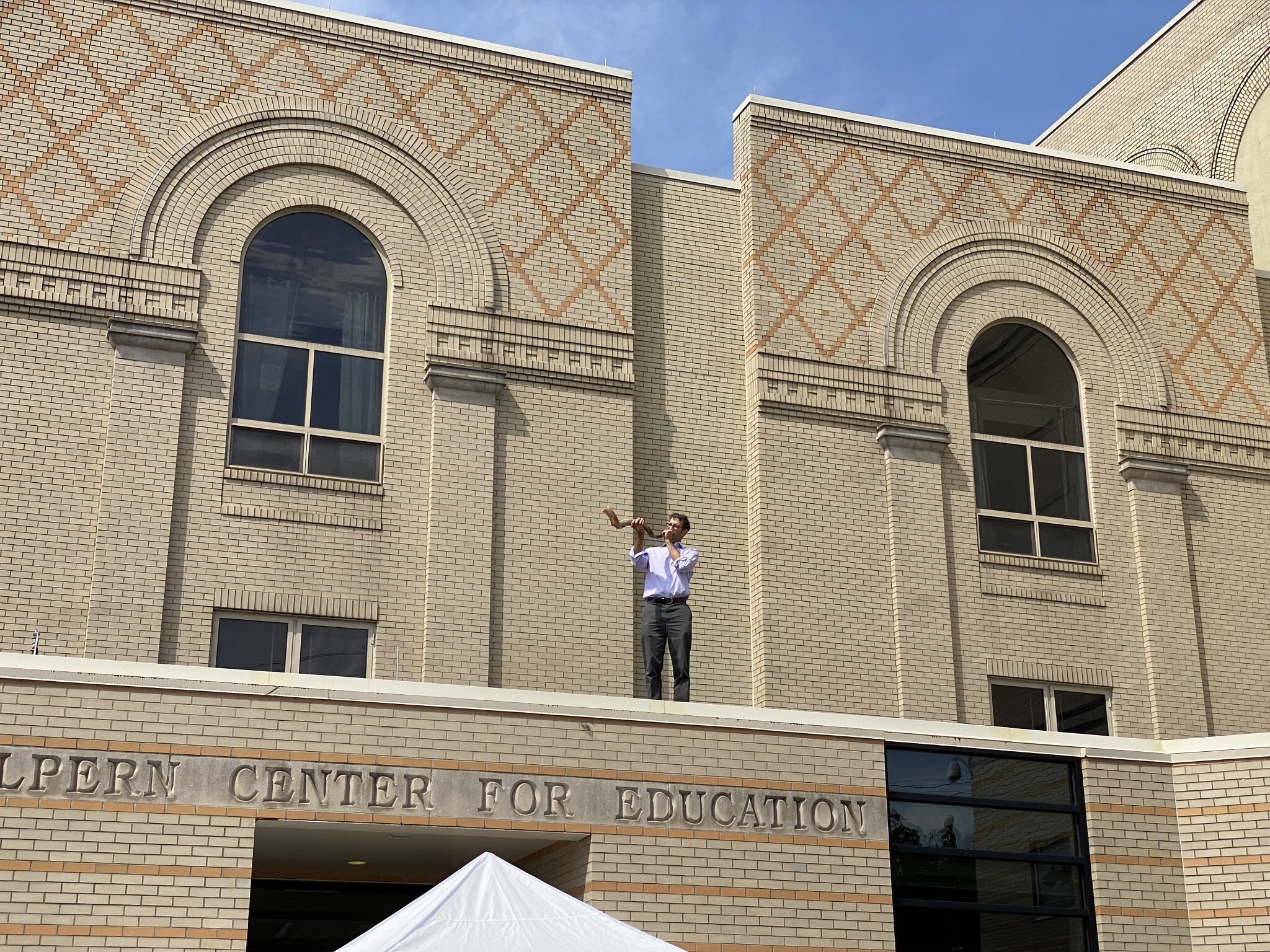 Congregation Beth Shalom’s Rabbi Seth Adelson has blown the shofar this month while masking its end with a sock but found that disturbed the sound quality. Now, he is blasting the instrument daily from the roof of the synagogue’s Early Learning Center during afternoon pickups throughout the Hebrew month of Elul.

As for the High Holidays at Beth Shalom, the shofar will be sounded from inside the Conservative synagogue’s sanctuary on the second day of Rosh Hashanah during livestreamed services. The shofar blower will be in the choir room, distant from where the service leaders will be, and separated by a curtain.

Young Israel of Pittsburgh, an Orthodox congregation, considered covering the shofar’s end with a mask, but after consultation with the congregation’s medical advisory team, it was decided the blower will stand either in front of or behind the Squirrel Hill building and blast the instrument while Young Israel’s windows are open, according to Young Israel’s Rabbi Shimon Silver.

To date, Silver has authored several pieces on the Jewish legalistic implications regarding shofar blowing and COVID-19, and has followed debates regarding best practices.

Rabbi Daniel Schon, Kollel Jewish Learning Center associate dean, who has read Silver’s writings in Halochoscope, said plans for his institution were still up in the air as of press time.

The shofar blower may stand outside the Kollel while listeners remain indoors with windows open, or another location for the shofar blasts may be selected, depending on the recommendations of the Orthodox institution’s medical team.