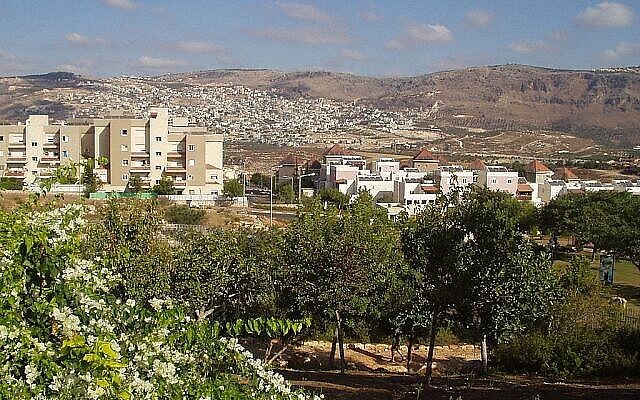 With the number of COVID-19 vaccinations increasing and international travel beginning to reopen, Israeli leaders have announced that, beginning in May, their country is eager to welcome visitors. For Pittsburgh youth, a new immersive seven-month experience offered by Masa Israel Journey and the Jewish Federation of Greater Pittsburgh may be just the ticket.

Shinshinim usually bring Israeli culture to the rest of the world, but in Masa’s twist, American Jews will bring their culture to Israel.

The program was conceived by Debbie Swartz, the Israel and overseas planning associate at Pittsburgh’s Federation, who based the concept on her own experiences as a young adult in Israel.

“This is near and dear to my heart because I did a program like this is my 20s, Project Otzma, which was very formative for me,” Swartz said.

She brought her vision to Masa Israel Journey, which offers long-term Israel experiences to young Jews, and together they created the Shinshinim initiative, which will run from September to May.

In addition to Pittsburgh, seven other North American cities have adopted the initiative, including Philadelphia, Atlanta, Toronto, Miami and Milwaukee.

The program is designed for college-bound students aged 18 to 20 and focuses on volunteer work, education and quotidian Israeli life. Local participants will spend September in orientation in Pittsburgh, followed by a month in Tel Aviv with the North American participants from all seven cities, getting tours of Israeli attractions and learning Hebrew at an ulpan.

From there, Pittsburgh participants will head to their Partnership2Gether region of Karmiel/Misgav for four months to volunteer, teach English and speak on their experiences as Jews living outside of Israel. The teens will work in an organic orchard at the Kishorit Kibbutz, a kibbutz for adults with disabilities; help at a school in the Karmiel Children’s Village, a home for children who had to be removed from their families; volunteer in the local Bedouin villages; and have traditional Shabbat dinners with Israeli host families. From March to May, the teens will return to Pittsburgh to volunteer with the Jewish Community Center and share their experiences.

Programs that connect Israel and diaspora Jewry are becoming increasingly crucial, according to Swartz.

“We have to take advantage of every opportunity we can to create a living bridge between Israel and our communities, and this is a unique tool to do that,” she said. “The impact the participants will have on the people in Karmiel/Misgav and the personal impact they’ll undoubtedly have will reverberate long after they’re gone.”

Aya Ovadia, the Federation’s Partnership2Gether director, underscored the mutual benefit of this initiative.

“I think it’s very exciting for both sides,” Ovadia explained. “For American young adults, it’s a great opportunity to be part of everyday life in Israel, and it will give them a perspective they didn’t have before. For us as Israelis, it’ll be very interesting to see Israel through their eyes.”

The Partnership2Gether program is an initiative of the Jewish Agency for Israel to connect Israeli society with worldwide Jewry, pairing cities in Israel with cities all over the map. This marks the third year that the program will send Shinshinim from Israel to Pittsburgh, yet the first time that Karmiel/Misgav residents will host Shinshinim from Pittsburgh.

“Here in Israel, being a Jew is something very obvious for us, it’s part of our daily lives,” Ovadia said. “I think it will be important for the kids in the Children’s Village especially to learn how it is to be a Jew in other places in the world.”

The Jewish Community Center of Greater Pittsburgh helped realize this program, and will conduct the September orientation and the final three-month segment once the teens return home. The participants will work with Israeli Shinshinim on the JCC’s Second Floor, a hub for teen engagement. From March to May, they will create Israel-themed content for the JCC’s after-school program and organize a team experience for Yom Ha’atzmaut.

Chris Herman, director of the JCC’s Second Floor, said he hopes the program will strengthen the teens’ leadership skills and Jewish identities.

“We’ve had two successful years of Israeli Shinshinim coming to Pittsburgh so far, and we hope to have that same impact in Karmiel/Misgav, not just for the participants, but for the families, both in Israel and here in Pittsburgh,” he said.

More information about the Masa Shinshinim program can be found at jewishpgh.org/masa-Shinshinim. PJC