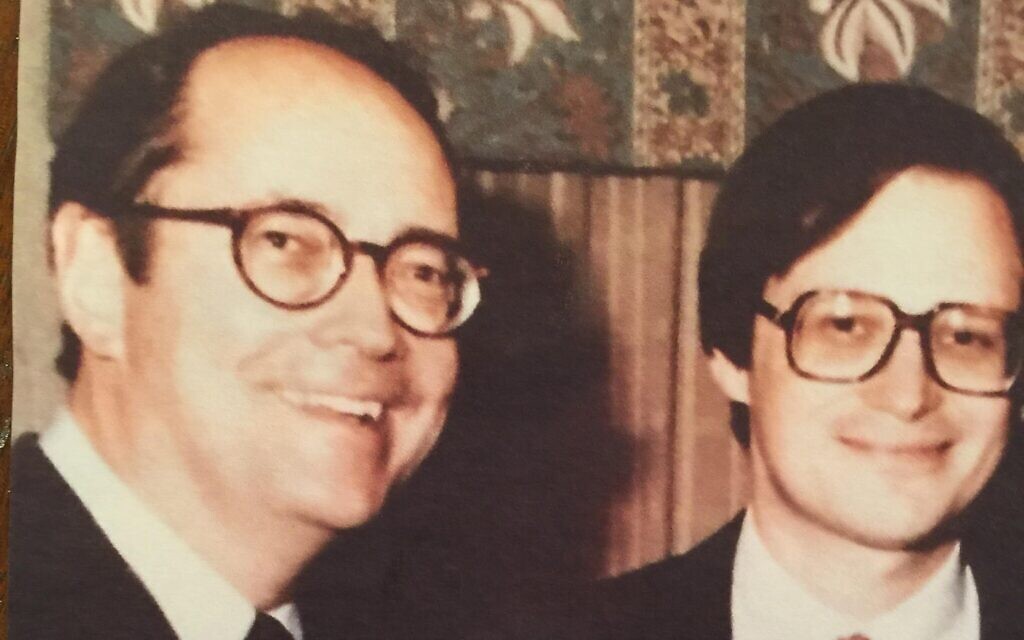 Much has been written in the last several days about the impressive career of Dick Thornburgh, two-term governor of Pennsylvania, attorney general under two presidents and under-secretary- general at the United Nations. While these accomplishments are certainly worthy of great praise, Dick’s equally outstanding characteristics as a humanitarian, loyal friend and family member and strong supporter of the Jewish community are not as well known.

I knew and admired Dick for almost 50 years. He mentored me when I was a law student and collaborated with me when he was U.S. attorney and I served at the Pennsylvania Crime Commission. More recently, we practiced law together at K&L Gates and worked jointly at the University of Pittsburgh’s Thornburgh Forum for Law and Public Policy.

In his early years as a federal prosecutor, Dick developed a well-earned reputation for fighting organized crime and corruption. This achievement catapulted him into his election as governor of Pennsylvania.

Dick is particularly remembered for his skilled but calm handling of the Three Mile Island disaster and his economic reforms. Yet, at the same time, he was very focused on issues of concern to the Jewish community, including protecting the civil rights and religious freedoms of all citizens. He also was passionately committed to improving the quality of life of Pennsylvanians in areas ranging from mental health and education to controlling violent crime and preserving the environment.

Dick met regularly with Jewish groups to hear their concerns and suggestions. (I once took a group of Jewish community leaders to meet with him on a Sunday morning at the Governor’s Residence; we joked as we drove there that we wondered if the governor would serve lox and bagels — and he did.) More substantively, he creatively found ways to assist Jewish institutions facing economic challenges including providing assistance to Jewish seniors’ facilities so they could continue to offer their essential services.

Moreover, Dick and his wife Ginny’s passion to support those with disabilities is well known. I didn’t want to leave my law firm to join Dick’s administration but I told him I’d be happy to serve in some more limited way that he thought worthwhile. Not surprisingly, Dick asked me to join the Pennsylvania Board of Vocational Rehabilitation which so ably assists people with disabilities prepare for and obtain employment. When Dick was attorney general, he was the architect of the life-changing Americans with Disabilities Act, the passage of which he considered one of the proudest moments of his life.

Dick’s interest in the plight of Soviet Jews is particularly telling. While serving as governor, he made an official visit to Moscow. On his last night there, he met secretly with a group of refuseniks in a secluded hotel room and was so angered by the denial of their right to freely practice their religion. The group Dick met included the mother of Natan Sharansky. Dick subsequently visited Israel on an economic development mission where he made a point of delivering messages that some of the refuseniks had given him. When serving as attorney general, Dick exercised powers granted to him to enable larger numbers of Russian immigrants to come to this country.

As attorney general, Dick also was quite concerned about the growth of hate crimes and he took aggressive action against racial, religious and ethnic crimes. He successfully supported legislation requiring the Justice Department to probe and report the extent of such forms of intimidation. The Jewish community was understandably quite concerned about these issues. I was requested to arrange a meeting between Dick and the national leadership of the American Jewish Committee to discuss these concerns and possible responses. Dick’s schedule was obviously quite full but he quickly agreed to meet and we held a long and productive session at his office.

As one can imagine, Dick was inundated with requests to attend dinners and receive awards from a host of organizations, including Jewish ones. He understood the value of his showing his concern for the goals of these groups and supporting their fundraising; he attended a large number of such Jewish events. I recall that long after he left public office he was asked by a small hospital in Jerusalem that was experiencing financial challenges if he would be honored so the hospital might raise needed dollars. Having been honored so many times, Dick certainly didn’t need to say “yes,” but he did. He gave a lifeline to the hospital and I was very proud to attend this event with him.

Beyond all these professional accomplishments, Dick’s thoughtfulness and personal warmth were very special. He always had time for his dear family and friends. When my first wife Kandy was tragically killed in a car accident, Dick was in New York serving as under secretary general at the United Nations. As soon as he heard the news, Dick and Ginny flew to Pittsburgh to attend the funeral and be with us.

Dick inspired so many people to public service. When I was offered a position in the Obama administration, uncertain as to whether I should leave our law firm, I walked directly from the White House to the firm’s Washington office to see Dick. I explained to Dick my chance to help oversee the federal government’s massive real estate portfolio and mange it to foster economic development. Dick smiled and responded that he thought I should consider the Jewish mandate of tikkun olam or “to repair the world.” I accepted the position. Dick is one of the best examples of someone living a life of tikkun olam that I have ever known. PJC

David Ehrenwerth is a partner at the law firm K&L Gates.