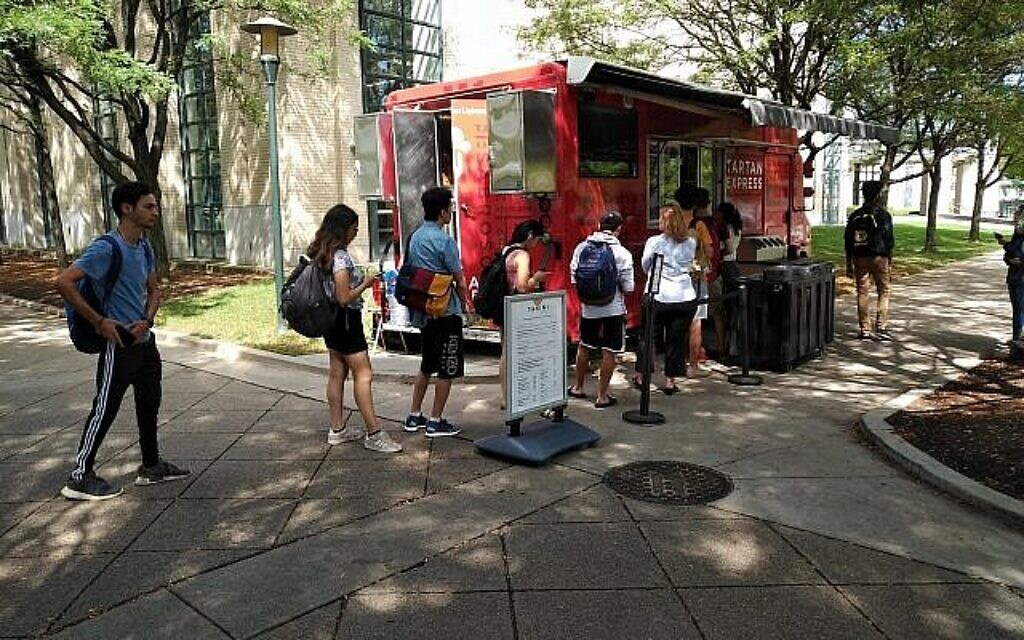 A food truck at Carnegie Mellon University, The Tartan Express, has changed direction, introducing new cuisine to the region’s kosher landscape.
After moving its Mediterranean-style options that were offered from the food truck into an indoor space, Elegant Edge Catering debuted a new style of food and a new set-up in January, owner Judah Cowen told the Chronicle.

“We basically changed the whole truck — everything’s new,” Cowen said. “We thought about what we wanted to do, and I decided to go with an Asian fusion menu. We opened about two weeks ago and business has been great, even though this weather isn’t the best time to open a food truck.”

Elegant Edge’s food truck is stationed in Legacy Plaza on CMU’s campus, near the football field and not far from Forbes Avenue, Cowen said. In addition to the truck, there’s a patio nearby with ample tables and about 50 chairs.

While some items on the new Asian-inspired menu are expected — a General Tso’s chicken dish with an interchangeable base of steamed rice or noodles, a sweet and sour chicken — there is also something that Cowen said is new to kosher Pittsburgh: a ramen bowl, complete with shitake mushrooms, bamboo shoots, tofu, and, if you want it, a serving of chicken.

“I don’t think there’s ever been a kosher ramen bowl in the city — it’s not something you’d see in every Asian place,” Cowen said. “But it was something Carnegie Mellon University was interested in.”

The Elegant Edge menu also includes a burnt garlic tofu dish and side dishes such as egg rolls, fried wonton noodles and Asian slaw.
Cowen’s new operation is the latest in a historically long line of on-again, off-again Asian options for Jewish Pittsburghers. Until recently, though, the kosher Asian landscape was a bit of a food desert.

Cowen said the first two weeks of his food truck operation have seen a healthy mix of customers — from curious CMU students and staff to Jewish families coming from Squirrel Hill. The truck doesn’t offer delivery yet, but Cowen said people are ordering via Grubhub or by phone, having the food prepared, then picking it up hot.

What does the future hold for Elegant Edge’s food truck? Will the Asian fusion menu move indoors like its Mediterranean offerings, leaving another opportunity for expansion?

“I think it’s hard to answer,” Cowen laughed. “We’ll see where it takes us.”