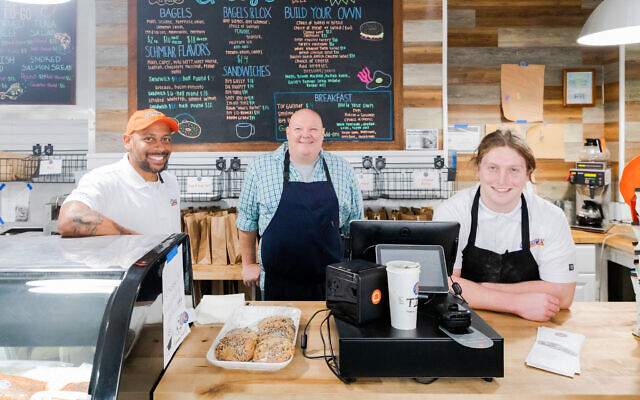 Ninety days had passed since the Oakland-based Gussy’s Bagels and Deli had opened and Malpass’ brother, Scott Walton, who serves as Gussy’s chef, couldn’t articulate what made the restaurant unique. Walton kept saying it was a bagel place with really good food but wasn’t sure how else to describe the new family venture.

Malpass was losing patience. She and her son had partnered with Walton in opening Gussy’s, dividing responsibilities. Malpass’ role was marketing. Her son’s role was handling legal affairs. Walton’s role was cooking. Everyone else was doing their job, but Malpass wasn’t sure how to brand a restaurant without identifying any distinguishing qualities.

Then everything changed, she said.

While speaking on the phone with Walton, he kept complaining about how long it takes to make the bagels, saying that it takes three or four days, that there’s a fermentation process involved, that there can’t be any sugar and that he only uses unbleached flour, Malpass said.

That’s when she did a double-take, suddenly recognizing that the uniqueness of Gussy’s bagels are the bagels themselves.

The irony, Walton told the Chronicle, is that it never dawned on him that there was anything particularly special about adopting an intricate and lengthy process. 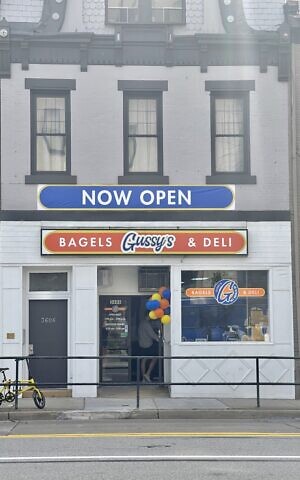 Walton approaches bagel making the same way he approached creating fine cuisine during the past 30 years, he said. Before opening Gussy’s, he was chef and part-owner of Acorn in Shadyside and Scarpino in downtown Pittsburgh, as well as an executive chef at Heinz Field. Years earlier, he served as executive chef and chef consultant at several Chicago-based restaurants, including Stoney Point Grill and Harry Caray’s Restaurant Group.

Walton’s attention to detail — whether in preparing a meal or sourcing ingredients — remains the same with Gussy’s as it was with earlier ventures, he said. What’s nice about the bagel place, though, is that its lower prices mean the food is available to a larger clientele.

“I keep telling everyone it’s going to explode,” Walton said. “People are going to realize that the things that we’re doing are special. And while the cost is no different than anywhere else, the product is different.”

Bagels are $2 each. A dozen cost $18. Sandwiches range from $14-$18, with the most expensive being the “Big Gussy,” a colossally unkosher creation consisting of pastrami, corned beef, white American cheese, horseradish, red onion, pickle, and “Gussy’s famous sauce” on a triple-layer of Old-World rye.

Walton is eager for customers to enjoy the sandwich and other items from his menu, even if it isn’t the easiest time to own a restaurant.

The industry remains approximately 650,000 jobs – or 5.3% – below pre-pandemic staffing levels, according to the National Restaurant Association.

Walton said he’s managed to avoid some of those employment pangs thanks to his location. Being based in Oakland, between Atwood Street and Meyran Avenue, there’s an ample supply of college students looking to work a few hours several days a week. 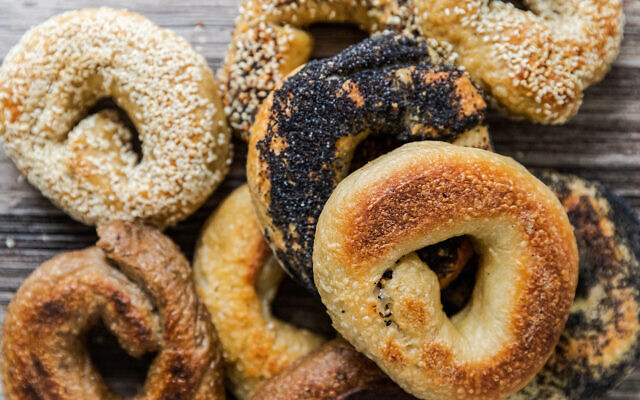 With the restaurant’s identity now easier to define, Malpass — a Chicago-based marketer — is pleased with Gussy’s growth since its September opening and her brother’s ability to create delicious meals.

“Over the years, we’ve enjoyed the ride with Scott and the wonderful [dishes] we’ve gotten to enjoy because of him,” she said. “I never thought in a million years that I would be a part-owner of a bagel shop in Pittsburgh, but the timing was right.”

Walton agreed, saying that once he decided to leave Acorn — a decision driven by the pandemic and difficulty of providing fine food as takeout — he was trying to figure out what to do next.

While the restaurant business is notorious for forcing its staff to adopt nocturnal habits, Walton said he’s experiencing a new normalcy to his life as a bagel guy.