Richard Rattner spends his mornings at William Penn Tavern. Other than the occasional delivery person, he’s often the only one at the bar.

For Rattner, solitude is a gift, offering a chance to contemplate what changes should be made, either to his establishment or to the neighborhood.

Well before Rattner opened the tavern in Shadyside 20 years ago, he was active in the Shadyside Chamber of Commerce, where discussions of gentrification — redeveloping an area to attract higher-income earners while typically displacing lower-income residents — were often on the table.

In 2019, Pittsburgh was named the eighth-most gentrified city in America, according to the National Community Reinvestment Coalition.

Rattner has tried not to bow to the shifting economic landscape. With the help of his staff — some of whom have been with him almost since the start — and longtime patrons, he has created a neighborhood pub devoid of pretension.

“We are here for the average Pittsburgher,” Rattner said. “The prices are according to what the working man makes in Pittsburgh.”

No sandwich costs more than $11.95. Wings are $1 each. Fried pickles are $8.75. There’s a simplicity to the items, and familiarity to the venue, that runs counter to Pittsburgh’s newer gastropubs, bars and sleek establishments catering to vacillating trends.

“We find that when it all breaks down, people just want warm and fuzzy — good quality food at a quality price in a place that they can feel comfortable in,” Rattner said.

That was Rattner’s aim 20 years ago when he opened William Penn Tavern and it will remain his goal when the establishment relocates this summer. After two decades in Shadyside — a period during which Walnut Street welcomed Patagonia and an Apple store and said goodbye to Shadyside Market & Deli after 69 years on site — the tavern is heading to Lawrenceville.

Rattner views the move, which was prompted by his lease not being renewed, optimistically.

“We feel that Shadyside has really gentrified over the last 20 years, and by going to Lawrenceville we feel we are returning to our roots in a sense,” he said. “It’s more mom-and-pops, more local Pittsburghers. We feel it will be a great fit.” 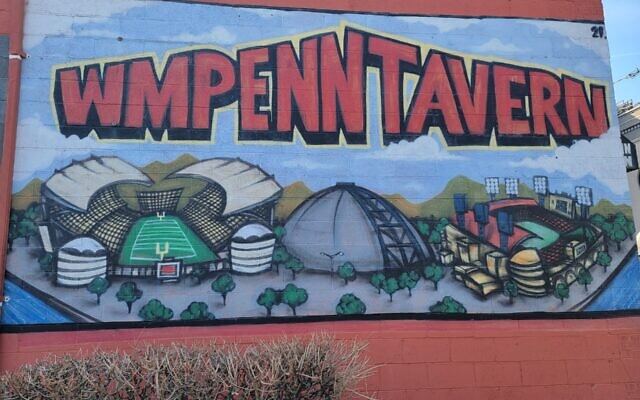 Pittsburgh City Councilperson Erika Strassburger, who represents Shadyside and other neighborhoods in Pittsburgh’s East End, called the move “a huge loss for Shadyside.”

The tavern has been a regular gathering place for many elected officials, Chamber of Commerce board members and Pittsburghers in general, she said, and Rattner himself has improved the community through decades of service to the Shadyside Chamber of Commerce.

Dec. 31 was Rattner’s last day as its president.

“Richard is the unofficial mayor of Shadyside,” Strassburger said. In addition to having a vast institutional memory, the restauranter knows how to set up every annual festival and event and is aware of everything happening in the commercial district.

“He has made himself indispensable,” Strassburger continued. “I’m glad he’s not going far, but we’ll miss him in Shadyside.”

Rattner said he plans to become active in Lawrenceville and find ways to support the area’s local schools and businesses as he did in Shadyside for so many years.

He has a few months to figure out how best to contribute to his new neighborhood, as the William Penn Tavern isn’t opening its doors at 3810 Butler St. until June 1. In the meantime, the Shadyside establishment, located at 739 Bellefonte St., will remain open until May 31. Keeping open until then, Rattner said, ensures that the Carnegie Mellon University students who have supported the tavern during their years on campus will have a place to go through graduation.

Rattner said he’s seen many of the same people come through his doors for years; and, despite serving certifiably unkosher clam strips and cheesesteak hoagies, he’s also welcomed a fair number of rabbis.

“It’s a good place for the rabbis to bring their younger students and let them be comfortable and be a little cool,” he said.

Rattner, who is one of four Jewish brothers raised in Squirrel Hill by parents Joe and Mickey Rattner, credits his family with planting the seeds for the tavern. In 2001, he and his brother Stuart closed down William Penn Hat and Gown, a 105-year-old Shadyside-based boutique that the Rattner family had owned since 1970.

By 2001, it was clear there “wasn’t much of a future in women’s couture,” Richard said.

In paying homage to the former family business, Rattner opened William Penn Tavern and imbued the venue with tradition.

It’s that charm, and Rattner himself, that make the tavern so special, said his friend Michele Rosenthal, adding, “He defines the word mensch.”

For more than 40 years the Rattner and Rosenthal families have been close. Through the decades, Rosenthal has noticed the care Rattner has put not only into his own business but into everything — including competitors’ businesses — in Shadyside.

That was especially apparent during the pandemic, when Rattner often partnered with fellow restaurateurs and bar owners to create a “united front.”

“If any of us found a product that none of us could get, we would order for each other,” Rattner said. “If someone was low on employees, we shared employees…That’s what got us through this.”

A restaurant’s success during the pandemic is no small feat, as COVID-19 has devastated many food services. Through November, the industry was still more than 750,000 jobs short of its March 2020 numbers, according to the U.S. Department of Labor Bureau of Labor Statistics.

Even so, William Penn Tavern is in the unique position of having actually grown its staff since the start of the pandemic.

“I didn’t lay anyone off, whether we had business or not,” Rattner said. “We paid our employees during the shutdowns. We stayed as a family, and it worked out.”

Adam Reinherz can be reached at areinherz@pittsburghjeiwshchronicle.org.