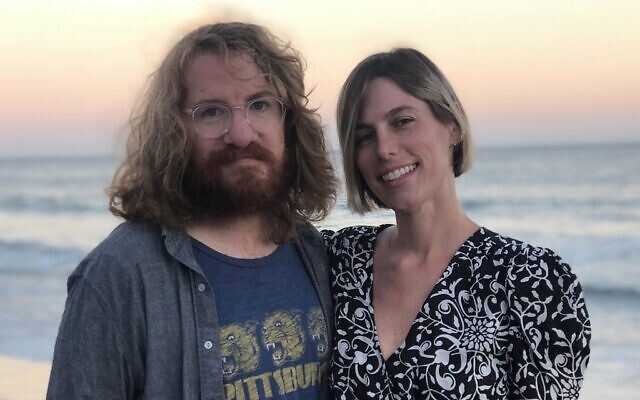 For years, Eden Cohen, a self-described “news junkie,” was spending hours each day poring over articles relating to Jews and Israel.

Now, the Los Angeles entertainment lawyer who grew up in Upper St. Clair is sharing her passion for Jewish news through her recently launched digital newsletter, A Wider Frame.

Twice weekly, the newsletter appears in its subscribers inboxes with the latest on everything from the coronavirus crisis in Israel, to Israeli politics, to the rise of anti-Semitism in the U.S. and the world. It is a comprehensive Jewish news aggregator that includes a brief summary of the top stories along with hyperlinks to an assortment of news sources including Haaretz, the Jerusalem Post, The Times of Israel, The Washington Post, Jewish News Syndicate and the Pittsburgh Jewish Chronicle. A recent newsletter even had a link to the United Kingdom’s Mirror on the Jewish wedding plans of David and Victoria Beckham’s son.

Cohen grew up in the South Hills of Pittsburgh attending Temple Emanuel and spent her summers at a Jewish camp in upstate New York. Her grandfather, a Holocaust survivor, lived with her family and his life struggles influenced her significantly.

“Unfortunately, as I think is the case with a lot of Holocaust families, I have a very strong connection to the Holocaust because it was part of our house,” Cohen said, speaking by phone from Los Angeles. “My grandfather didn’t talk about it, but we heard about it and my father is very focused on the Holocaust. That definitely shaped me a lot.”

After earning her undergraduate degree at the University of Wisconsin, Cohen headed to Israel on Birthright. She loved being in the Jewish state so much, she said, she ended up staying for six months while she applied to law school.

In 2009, she moved to California and met her future husband – Drew Brown, guitarist for pop rock band OneRepublic – almost immediately. She graduated from Southwestern Law School a few years later and has been in L.A. ever since.

Though she is now a California girl, her ties to her hometown are deep.

“I still say I’m from Pittsburgh,” said Cohen, 34. “My whole family is in Pittsburgh.”

That family provided Cohen with a strong Jewish foundation, nourishing her thirst to keep informed about all things Jewish and Israel. Now, she is sharing the fruits of her labor through her newsletter, which is free of charge.

She was inspired, in part, by other newsletters, including The Skimm and Morning Brew – which specializes in business news – that were created for “young working people who don’t necessarily have all the time in the world to go through the news,” Cohen said.

She realized she “was personally putting in a lot of work sifting through this material myself because I am a news junkie and I care deeply about the Jewish world and staying engaged with what’s going on and staying current,” she said. “There was a great service I could do by compiling it and giving it to others in a way that’s comprehensive so they don’t have to go through hours daily and also because the alternative really is for them not to comb through it at all.

In addition to “Jewish news” – which Cohen acknowledges is “a huge umbrella” – she also reports on the countries that surround Israel.

“I think it is very important to understand where Israel is in the world, what’s going on around it and what it’s relationships are like with countries in the Middle East and Africa and Europe, everywhere,” she said. “So, how does Israel play into the global arena?”

Curating her newsletter is time-intensive. She recently brought on board Zachary Freiman, a 2020 graduate of Pomona College, to give her a hand.

“Our priority is to keep American Jewry aware and engaged,” Freiman said in an email. “It’s partly why AWF is a free service. At a time when we’re all more disconnected than ever, there is nothing more important than doing our best to maintain a healthy awareness of the simchas and troubles facing the Jewish community.”