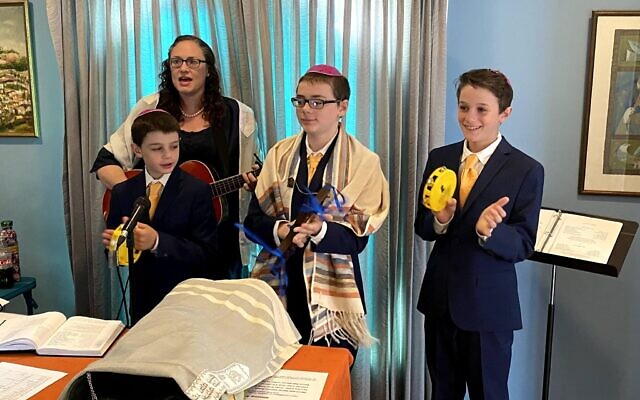 Rodef Shalom Congregation Cantorial Soloist Molly May sings along with her sons Andrew, David and Jesse. Photo courtesy of Molly May

For years, Elli Kanal of Squirrel Hill has helped lead Shabbat services at Congregation Poale Zedeck. Like others in the rotation, Kanal typically chooses melodies that invite harmonization. As he prepares for this year’s High Holidays, however, Kanal will be changing his tune to conform with COVID-19 safety mandates.

During conversations with Rabbi Daniel Yolkut of Poale Zedeck and the congregation’s medical advisory team, Kanal has discussed everything from mask wearing protocols to placement during outdoor High Holiday prayers. Kanal said that he’ll follow the congregation’s recommendations and strive to sing tunes that evoke seasonal themes but don’t encourage the congregation to join in because communal singing in close quarters can be a superspreading event.

In a report from Emory Healthcare, a division of Emory University, clinicians noted that because COVID-19 spreads through the inhalation of air droplets, and singing, or using a loud voice, produces these droplets, it is advisable to avoid singing or speaking loudly in crowds. For those who choose to engage in such activities, wearing a mask and remaining at least 12 feet away from others is encouraged, but “because wearing a face covering and standing far apart is antithetical to choral singing, at this time choral singing is not a recommended activity.”

Singing, though, is a hallmark of the High Holiday season, and local congregational leaders are committed to finding ways to make it work — within pandemic guidelines.

Throughout the Days of Awe, Rabbi Leonard Sarko of Congregation Emanu-El will stand alone on the bimah, yet the Greensburg rabbi is encouraged by the nearly 70 people who will be contributing virtually via musical solos or speaking roles.

“I love the idea of all of this participation,” Sarko said. 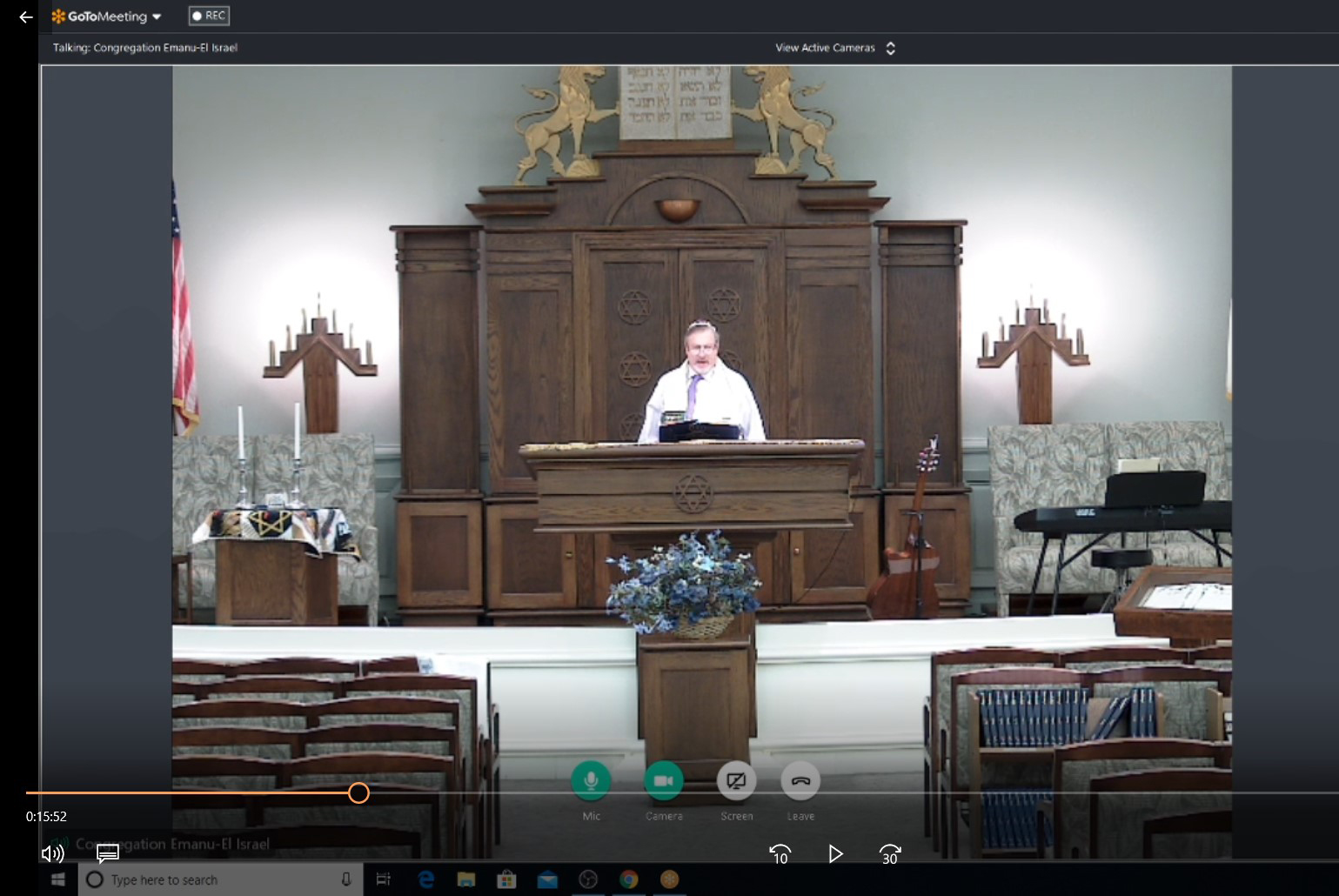 For months, B’nai Abraham has hosted spirited Friday night services. When the congregation gathers for weekly Zooms, everyone joins in, but with so many people singing at once, there’s a bit of a discordance — not because of people’s voices, but because of the differences in internet speeds, residential locations and other factors, said Gray-Schaffer.

Given the sanctity of the High Holidays, participating individuals at the Butler area congregation will be unmuted one at a time, “but of course at the end, for Adon Olam or Yigdal, it will be opened up to everyone in the cacophony again,” Gray-Schaffer said.

Much remains up in the air this holiday season, but Molly May, Rodef Shalom Congregation’s cantorial soloist has a pretty good idea of what to expect. Well before the Jewish New Year, May and fellow musicians recorded portions of the High Holiday liturgy in an empty room.

“I was about 12 feet away from another musician, who was about 10 feet in front of our pianist,” said May.

When it comes time for the holidays, the Shadyside congregation will mix aspects of synchronous services on Zoom with prerecorded material.

Barry Werber of New Light Congregation in Squirrel Hill is preparing for a different sort of hybrid holiday experience. Although New Light is hosting in-person services, Werber will be at home following along online. Given the risks of COVID-19 transmission, keeping away from in-person gatherings makes sense, but is still upsetting, said Werber: “This will be the first time in over 60 years that I will not be part of a synagogue choir.” 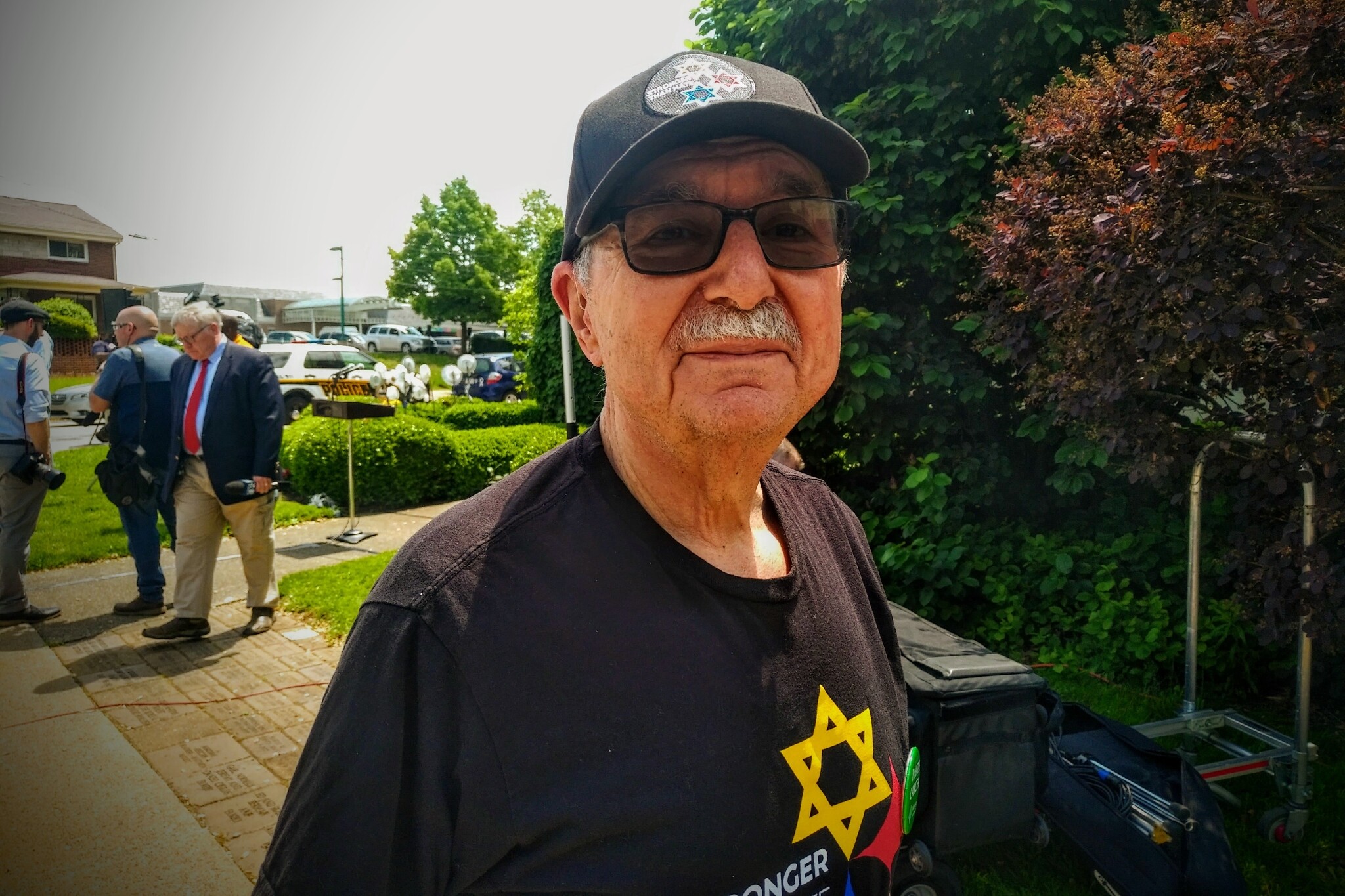 For the first time in 60 years, Barry Werber will not be singing in a High Holidays choir. Photo by Adam Reinherz

First as a child, then later as an adult, Werber sang with Congregation B’nai Israel in East Liberty. While stationed at Craig Air Force Base, Werber sang at Temple Mishkan Israel in Selma, Alabama. For the past 25 years, as a member of New Light, singing with the High Holiday choir has become part of his synagogue identity.

Within a choir there’s a comradeship, which is at the forefront of Werber’s mind these days as he thinks about how different this year’s holidays will be. For the second time since the Oct. 27, 2018, shooting at the Tree of Life building, Richard Gottfried, Dan Stein and Melvin Wax won’t be in attendance at New Light’s services.

Those three men, who were among the 11 people murdered during the synagogue attack, contributed greatly to the High Holiday experience: Gottfried and Stein were members of New Light’s choir and Wax led portions of the service.

“I’m used to standing on the bimah and looking across at Dan and Richard,” said Werber. “All of this makes the holidays quite a bit different.”

When it is time for organized prayer, Werber will don his tallit and yarmulke, open his machzor and click on to the congregation’s Zoom link.

He is familiar with the interface from joining New Light online each Friday night and Saturday morning, and as the one responsible for leading the Adon Olam prayer during Shabbat services, Werber also knows there is a slight delay between those singing on-site and those singing at home.

“What I’ll probably do is put myself on mute,” he said.

Dissonance can be off-putting, but despite the global pandemic and the loss of his friends, Werber still plans on belting out the tunes, even if no one else can hear. PJC