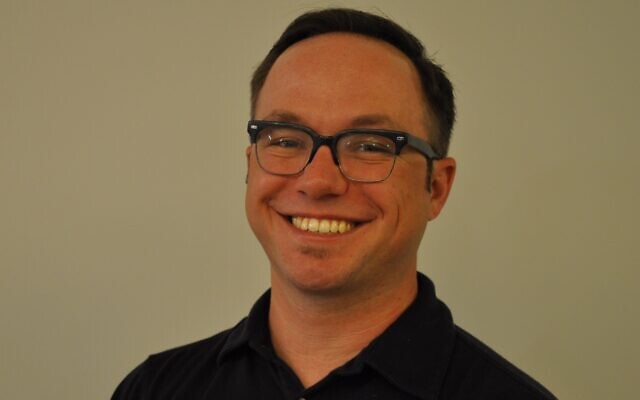 A local teacher is soaring high in the world of Holocaust education.

Scott Vensel, who teaches English at Dorseyville Middle School in the Fox Chapel Area School District, was one of 22 teachers nationwide that The Jewish Foundation for the Righteous selected as a 2022 Alfred Lerner Fellow.

The fellows delve into the complex history of the Holocaust at the JFR’s Summer Institute for Teachers, an intensive five-day course that took place in Newark, New Jersey, from June 25 through June 29.

“I’m a firm believer that there’s no replacement for personalizing history — especially for students who are experiencing [the Holocaust] for the first time,” said Vensel, who lives in McCandless and has been teaching at Dorseyville Middle School for 16 years. “When they see the history in front of them, it makes an impact.”

The program is a high-level, intensive academic seminar in which participants learn from noted Holocaust scholars, JFR officials said. Attendees meet in small groups following each lecture, address the specific aspect of the Holocaust that is presented, share teaching concepts and develop approaches to introducing the subject matter to their students.

Those selected for the program must be English or social studies teachers at the middle or high school level, have taught at least five years, are at least five years from retirement and currently teach the Holocaust in their classroom. The program is named in memory of Alfred Lerner, the founding chairman of MBNA Corporation and a long-time advisor on JFR programming, who died in October 2002.

“There are three main goals of the JFR’s Summer Institute, which include providing teachers with a graduate level course on the Holocaust; pedagogical connections with other teachers and their curriculum so they learn what’s worked and what hasn’t; and to give them resources for the classroom,” said JFR Executive Vice President Stanlee Stahl.

“Now, my database of knowledge has expanded, has deepened,” Vensel told the Chronicle. “And, in terms of networking and connections, it was really a phenomenal experience.”

Vensel has been tackling the subject of the Holocaust for as long as he’s been teaching English, all 16 years in Fox Chapel following an internship at the school. Early lessons on Anne Frank have developed into a robust program involving in-person testimony from Holocaust survivors and the descendants of those who lived to tell their tale, Vensel said.

“I’m constantly learning something new — there are always mysteries to explore and artifacts to unpack,” Vensel added. “I think [the fellowship] deepened my passion and drive to keep teaching this.”

Vensel was nominated for the fellowship by Lauren Apter Bairnsfather, director of the Holocaust Center of Pittsburgh.

“We chose Scott for this opportunity because we believe in his talents, efforts, and passion as a Holocaust educator,” Bairnsfather said in a written statement. “The Holocaust Remembrance Assembly at Dorseyville Middle School, which has been hosted for well over a decade, his ongoing utilization of our educational offerings, and his deep engagement as a LIGHT coordinator are all tangible examples of Scott’s commitment. It is an honor to have him as an educator in our region.”

The JFR continues its work of delivering monthly financial assistance to more than 130 aged and needy Righteous Gentiles living in 13 countries; since its founding, it has provided more than $42 million in aid. Its Holocaust teacher education program instructs teachers and students about the significance of the Righteous as moral and ethical exemplars. PJC