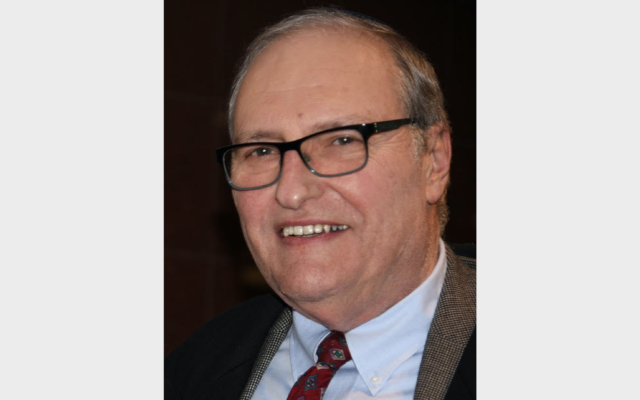 Efraim Zuroff remembers the moment it hit him. He was sitting in his living room in Brooklyn examining a map in The New York Times on the Sunday before the Six Day War broke out. The side of the map representing the Arab countries had a tall stack of soldiers, tanks and planes while the other side — Israel — had just a few.

“Oh my God, there’s gonna be another Holocaust,” Zuroff recalled saying to himself.

He recounted the memory to more than 230 participants during a July 9 Classrooms Without Borders post-film discussion of the movie “The Accountant of Auschwitz” over Zoom. CWB and South Hills Jewish Pittsburgh made the film available to participants before the video call.

The movie — which depicts the 2015 trial of the “Accountant of Auschwitz,” Oskar Gröning, charged as an accessory to the murder of 300,000 Jews — directly relates to Zuroff’s work. Zuroff serves as the Simon Wiesenthal Center’s chief Nazi hunter and director of Eastern European affairs.

He has dedicated decades to facilitating the prosecution of Nazi war criminals and educating others about the Holocaust. He has written more than 450 articles and four books on the subject and was nominated for the 2008 Nobel Peace Prize for his work.

The CWB event centered around a conversation between its scholar-in-residence, Avi Ben-Hur, and Zuroff.

At one point, Ben-Hur asked Zuroff what he saw as the purpose of bringing Nazi war criminals and collaborators to court.

“Justice,” Zuroff replied. “Western society depends on justice, and it’s basically a covenant between the governments and the population that they will protect people. If there are those who commit criminal acts, they will not be allowed to go unpunished.”

But in the case of Nazi war criminals, justice is elusive. Even Gröning, who was ultimately found guilty, never went to prison — he died in 2018 after appealing his verdict.

“One of the things that comes to the floor very, very clearly in the film is that justice is really not done, that many, many of the perpetrators are going to get away completely free,” said Ben-Hur.

The movie connects lenient sentences for Nazi war criminals to the people administering the trials — after WWII, the German Ministry of Justice was filled with former Nazis.

Moreover, “the scope of the crime was absolutely enormous,” said Zuroff, noting that Nazis enlisted locals to support their work. “Conventional justice cannot deal effectively with horrors like the Holocaust,” he said.

But despite struggles with achieving justice in court, Zuroff sees trials as worthwhile.

“The educational dimension of trials is huge,” he said. “Trials are far more effective than history textbooks.”

Zuroff opposes a statute of limitations, which would set an end date to initiating legal proceedings against Nazi war criminals, and thinks that perpetrators healthy enough — even if they appear frail — should be put on trial.

“This is what I call the ‘misplaced sympathy syndrome,’” said Zuroff. “People are sympathetic toward old people. What they don’t know is first of all, these are people who had absolutely no sympathy for their victims.”

“In all my history of 40 years of hunting Nazis, in all the cases that I dealt with… not one said ‘I’m sorry. I’ve made a mistake,’” he added.

Zuroff anticipates more trials in Germany and awaits a verdict — expected this month — in the case of Bruno Dey, a 93-year-old former SS private charged with accessory to murder.

Classrooms Without Borders plans to bring Zuroff to Pittsburgh for a future event, according to CWB Founder and Executive Director Tsipy Gur.

“Both the film and our guest speaker really speak to Classrooms Without Borders’ mission statement to use the terrible events of the Holocaust to educate toward tolerance,” said Gur.

“In him, we see a shining example of an educator who has not sat in an ivory tower but rather has devoted his life to proactively pursue perpetrators of the Holocaust and to bring them to justice. And in a real way, you are a role model for the kind of educators we need to inspire.” PJC