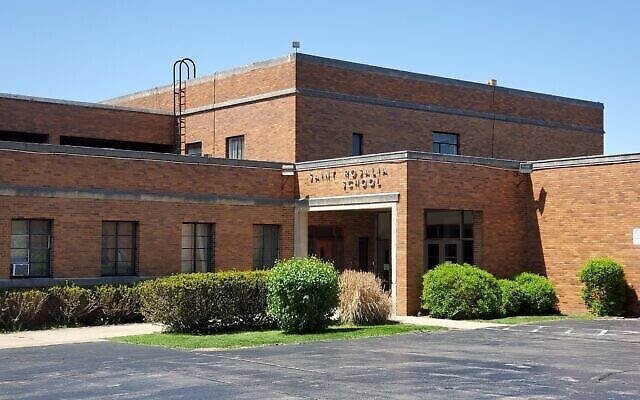 Yeshiva Schools of Pittsburgh has received $4.5 million in grants since November, the organization announced.

RACP funding provides financial assistance for “the acquisition and construction of regional economic, cultural, civic, recreational and historical improvement projects,” according to the website of Pennsylvania’s budget office.

The RACP funds were among the $54.5 million awarded to 16 projects in the state. Tree of Life Congregation also received $6.6 million.

Dr. Chaim Oster, president of the school’s board of directors, said that the money will go to renovate the former St. Rosalia school campus. The former 50, 000-square-foot Catholic school building will become the new home of the Yeshiva’s boy school. The renovated structure will include 17 classrooms, science labs, multidisciplinary facilities, common gathering spaces, faculty offices, a gymnasium and auditorium.

The campus, located at 407 Greenfield Ave in Greenfield, including a second building whose use is still to be determined, will now be called the Charles Morris Campus.

“It’s not going to be fully ready with a bow on top for the fall, but the plan is to have it ready enough for students to move in,” he said.

The capital campaign and renovations to the new site are part of the school’s five-year strategic plan, Oster said. In addition to the work at the Charles Morris Campus, Yeshiva’s Wightman and Denniston’s buildings will be renovated, “to better house our girl’s school, 1-12, as well as our Early Learning Center.”

Oster said that both buildings are “bursting at the seams” and need both more and better space.

A third component of the $9 million-minimum capital campaign is to build up Yeshiva’s endowment and provide operational funds on a yearly basis, Oster said.

The 18-month campaign, which began in August, has raised approximately two-thirds of the anticipated funds.

Yeshiva’s growth in the neighborhood, Oster said, points to the strength of the growing Jewish community in Greenfield.

“I don’t know that Chabad is the only reason for growth in Greenfield but I’m confident that it’s one of the primary reasons.

It’s one of the reasons we were thrilled to have this opportunity to purchase a true school building, where we anticipate the largest growth is going to be, because new families, frankly, have trouble affording housing in Squirrel Hill,” Oster said.

Yeshiva Schools of Pittsburgh has experienced unprecedented growth, said Rabbi Yossi Rosenblum, CEO and head of school. He pointed out that 13 new families have moved to the region in the last year specifically to attend the school.

“There’s a long tradition of Yeshiva attracting Jewish families,” Rosenblum said. “Pittsburgh is a great community. Jewish families want their children to be in Jewish schools. They need the Yeshivas of the world.”

Rosenblum said that he expects even larger growth post-pandemic.

“We can’t provide the weather that Florida provides,” he joked, “but we’re trying to provide the community, education and housing.”

The head of school acknowledged that the plan to have the new building ready for students next fall is ambitious but said the present facilities are over capacity and that it’s important to prepare for the school’s continued growth.

He said the grants are important not only because they support the necessary construction, but because they show that the foundation community has recognized the importance of the project to the Greenfield Hazelwood community.

The new addition symbolizes a synergy between the Yeshiva Schools of Pittsburgh and the community, Rosenblum said.

“There’s excitement from within our community, tremendous excitement,” he offered. There is room for expansion, it’s easier to buy a house in Greenfield than Squirrel Hill but there’s also excitement from the Greenfield community. They’ve been remarkably welcoming to us. They’re looking to maybe do some joint projects with us in the community.”