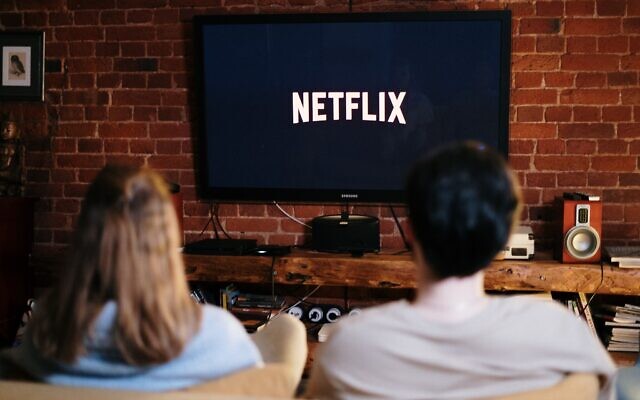 This year’s New Year’s Eve celebration most likely means a quiet evening at home for many of us, but the Film Pittsburgh team wants to help keep things festive. Since we’re all about movies, we put together a list of some of our favorites you can stream to send the year out in style. Happy New Year!

When Harry Met Sally
Indisputably on the Mount Rushmore of romcoms, “When Harry Met Sally” is a film with a perfect script, inventive format and iconic scenes/quotes, including one in a diner that has been quoted and referenced a million times. Add to that two of my favorite women in film (Nora Ephron and Carrie Fisher) and you have an all-time classic. The New Year’s Eve scene at the end is Billy Crystal at his neurotic best, even if I’m certain Harry and Sally would have broken up a year later.
Drew Checkelsky, Teen Screen assistant educator

The Poseidon Adventure
New Year’s Eve would not be complete without a cult film from the golden age of disaster films — the 1970s. “The Poseidon Adventure” is in the style of other all-star disaster films of the era (think “Airport,” “Earthquake,” “The Towering Inferno”), even though it’s listed in “The Official Razzie Movie Guide” as one of “The 100 Most Enjoyably Bad Movies Ever Made.” This story about a luxury cruise liner that capsizes during a New Year’s Eve party is a pure rush of guilty pleasure. And who can forget Maureen McGovern singing the theme song, “The Morning After”? My favorite plot line centers on retired Jewish storeowner Manny Rosen and his wife, Belle, on their way to Israel to meet their 2-year-old grandson for the first time. Jack Albertson and Shelley Winters played those roles to perfection. We all know how it ends, but why not watch it again for old times’ sake?
Judy Kaplan, office and outreach manager

Cupcakes
Just what we need right now, and perfect for New Year’s Eve, “Cupcakes” is a fun and frothy film and a distinct departure for award-winning filmmaker Eytan Fox (“Yossi & Jagger,” “Walk On Water”). We were so delighted to find a comedy (with musical numbers to boot!) from Israel, that we made it our opening night film at the 2014 JFilm Festival. It’s a meringue-like musical comedy, light, airy and sweet, and filled with delicious performances from some of Israel’s biggest stars. Enjoy!
Kathryn Spitz Cohan, executive director

The Holiday
My wife and I have several films we watch every holiday season, one of which is “The Holiday.” I’ll gladly admit the film is somewhat predictable but wonderfully so. It features an ensemble cast and includes a delightful performance by the legendary Eli Wallach as an aging film composer. Also starring Cameron Diaz, Kate Winslet, Jude Law and Jack Black, “The Holiday” never disappoints.
Paul Sloop, director of programming

Forrest Gump
Ever since our children were very little, one of our favorite family movies has been “Forrest Gump.” With a scene in which Forrest and Lt. Dan celebrate New Year’s Eve, and Sally Field — who was raised Jewish — showcased as Forrest’s mom, it is an almost perfect end of the year film for all ages. Further, listening closely reveals Forrest as “the Jewish philosopher,” with his heartfelt speech at Jenny’s grave wondering whether life is destined, or accidental, or both. And, of course, his iconic line, “Life is like a box of chocolates — you never know what you’re gonna get,” feels particularly prescient, especially now when so many things we face have unknown consequences. We can’t wait to watch it again. 2020 has sure been a long year.
Lori Sisson, Teen Screen director

Sunset Boulevard
We end with a film that seems most appropriate for our times — Billy Wilder’s classic “Sunset Boulevard,” which finds Gloria Swanson’s Norma Desmond holed up in her mansion dreaming of better days. And even if you’ve seen it many times before, it bears a repeat viewing now for its iconic New Year’s Eve party scene where William Holden’s Joe Gillis asks what time the other guests are to arrive, and Norma answers, “There are no other guests!” So, as we celebrate alone to safely usher 2020 out the door, let us all be optimistic that 2021 will find us once again . . . ready for our close-ups!
Caroline Collins, associate director
PJC