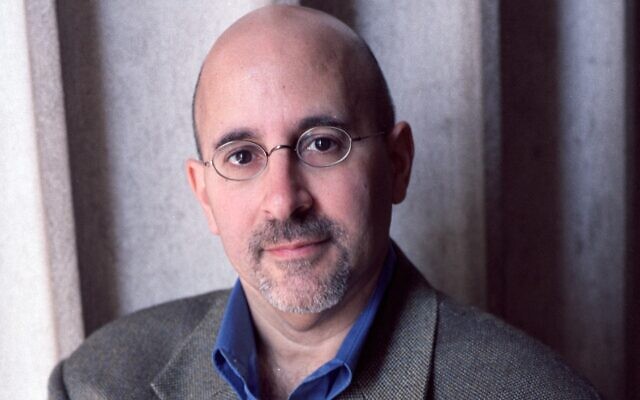 The recent 6-3 Supreme Court decision in Bostock v. Clayton County was good news – and we all need good news these days. The historic ruling means that lesbian, gay, bisexual, and transgender workers will no longer be carved out of protection under Title VII of the Civil Rights Act of 1964, and sends guidance and a moral message across the country and across the law, beyond even its immediate and substantial legal effect.

For one thing, the victory brought urgently needed protection to workers in Pennsylvania, where the state legislature has year after year failed to pass a basic civil rights law to prohibit employment discrimination on the basis of sexual orientation or gender identity. It’s time for state lawmakers in Harrisburg to follow the good example of Pittsburgh and Allegheny County and make non-discrimination the law of the commonwealth.

After all, the Supreme Court’s legal logic was straightforward enough to command the votes of even conservative justices such as Chief Justice John Roberts and Trump appointee Neil Gorsuch.

Title VII broadly forbids discrimination on the basis of sex, a “message” that – as Gorsuch wrote in the majority opinion – is “simple but momentous.” The question before the Court was whether gay and trans workers should share in the protection.

As the 7th Circuit wrote in an en banc decision of the full court, “It would require considerable calisthenics to remove the ‘sex’ from ‘sexual orientation.’” In fact, you can’t spell “sexual orientation” without “sex.” Likewise, when a transgender worker is told, “As a man fit, as a woman fired,” it’s clearly because of sex.

Gorsuch concluded, “The statute’s message for our cases is equally simple and momentous: An individual’s homosexuality or transgender status is not relevant to employment decisions. That’s because it is impossible to discriminate against a person for being homosexual or transgender without discriminating against that individual based on sex.”

Though the Supreme Court’s legal logic was straightforward, the employment win didn’t just happen by itself or come out of nowhere. As the successful campaign to win the freedom to marry — which culminated five years ago on June 26, 2015 with victory — showed, litigation may be a necessary element of a strategy for change, but it is not sufficient.

In fact, and instructively for other movements for change, including the welcome surge in support for tackling systemic racism, many things contributed to the win.

Among these were, as dissenting Justice Brett Kavanaugh acknowledged, the decades of activism, visibility, and engagement by people like the plaintiffs, who came out and spoke up for themselves, their loved ones, and their lives, and by tenacious and strategic fighters such as my colleagues in the LGBT movement, including the ACLU, GLAD, Lambda Legal, the National Center for Lesbian Rights, and Freedom for All Americans.

We needed allies and also advocates in government, such as former EEOC commissioner Chai Feldblum, former EEOC chair Jenny Yang, and the many former Obama-Biden administration officials I represented in a friend-of-the-court brief, who laid the groundwork for the Supreme Court’s affirmation that the law should have no gay exception or trans exclusion.

It took political engagement to put into power people like them. Government officials, after all, make policy, and elected officials, from the president on down, choose the officials and judges called to do the right thing. Elections matter.

The LGBT employment victory also required the Civil Rights Act itself, a product of companion and ongoing struggles against racism and sexism. The shared vision of an America without discrimination is the wellspring from which we draw; its champions, advocates, allies, and martyrs the heroes on whose shoulders we stand and alongside whom we march.

And with all these, perhaps the most important element in securing yet another win was the journey Americans have taken (and been led on) toward greater understanding, greater empathy, and greater openness to gay and transgender people – most dramatically reflected in and shaped by the decades-long campaign to win the freedom to marry. The marriage conversation and the change it produced remain the gift that keeps on giving. That’s how change works, when you keep on building on what you’ve done.

The Supreme Court’s marriage decision, like the subsequent employment decision or the decision affirming at least temporary protection for the young immigrants known as Dreamers, was the culmination of decades of organizing, persuasion, losses, and advances that swirled across legislatures, courts, institutions, public discourse, and private conversations. No one methodology of change (litigation, legislation, public education, political work, fundraising, protest) alone produced the transformation in hearts, minds, and law. That took – and change takes – a movement of many, a central strategy, a focused campaign, and sustained engagement.

The marriage win resonated then and reverberates today as proof that hearts and minds can open, law and politics can change, we can get our system to work again, we can end an injustice – and as instruction in how to do it.

Franklin Roosevelt famously told advocates, “I agree with what you are urging. Now make me do it.” The success of the LGBT movement, though still far from finished, offers encouragement and elements of success to other urgent causes, from racial justice and equity to women’s equality and empowerment, from climate change to getting our economy to work for everyone, not just the wealthy. It summons us to the crucial work at hand of getting our country back on track and defending the future of American democracy, on the ballot (despite voter suppression) in November’s election.

“Let America be America again. Let it be the dream it used to be…The land that never has been yet, And yet must be,” wrote Langston Hughes, “We, the people, must redeem…And make America again!”

Our history and this anniversary tell us we – activists, concerned citizens, voters – can get our country back on track. Only we can. PJC

Evan Wolfson founded and led Freedom to Marry, the successful campaign to win marriage for same-sex couples, and now advises and assists diverse causes in the U.S. and globally. He is originally from Squirrel Hill.