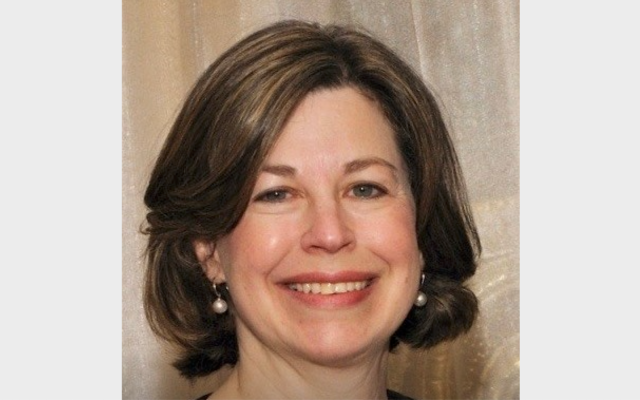 In the winter of 2015, the pediatrician called me a half hour before I was supposed to pick up my then 16-year-old daughter from her after-school activity. “We got Jenny’s blood work back and it looks like she has Type 1 diabetes,” she said. “You need to take her to the emergency room at Children’s Hospital immediately.”

I texted Jenny: “Dr. W just called and thinks you have Type 1 diabetes. She said I need to take you to Children’s Hospital ASAP. I’ll pick you up outside the high school in 10 minutes.”

After giving blood and urine samples, Jenny was diagnosed with Type 1 diabetes (formerly known as juvenile diabetes) in the emergency room. A nurse injected her with insulin. At the time, neither of us knew she would require an insulin injection seven times a day, every single day, from then on.

During her three-night hospital stay, endocrinologists, nurses, dietitians and certified diabetes educators treated Jenny and taught her, my husband and me the theory and practice of basic T1D management. We learned how to test blood sugar, check for ketones, give insulin injections, dose her insulin based on the food and drink she consumed, and more.

Jenny asked the endocrinologist if she would still be able to go on the BBYO trip to Israel she was looking forward to taking that summer, which was then less than four months away. The doctor replied that, ultimately, that was a decision our family was going to have to make. (We later decided that it was too soon after diagnosis for her to go.)

My head felt like it was going to explode, but I kept telling myself that I had to keep it together for Jenny’s sake. Our lives had changed irrevocably and there was no going back. We were going to have to figure out a way to live “a new normal.”

Type 1 diabetes is an autoimmune disease in which the pancreas stops producing insulin. Since we all need insulin to live, Type 1 diabetics must inject or infuse man-made insulin into their bodies multiple times a day, every day of their lives. Type 1 diabetes can strike children or adults at any age, although it more commonly strikes in childhood, adolescence or young adulthood. Type 1 is not caused by eating too much sugar, being overweight, or not getting enough exercise. It cannot be prevented or reversed and there is no cure. The prevalence of Type 1 diabetes has increased dramatically over the past 20 years.

Having Jewish ancestry does not increase one’s risk of developing Type 1 diabetes.

While Jenny was in the hospital, she and I told a few close friends about her diagnosis. Word spread like wildfire, not in the petty way that gossip spreads, but in a benevolent way intended to identify people who would be able to help us.

Nancy Rosinger, an acquaintance from our daughters’ preschool days, and her daughter paid a surprise visit to Jenny’s hospital room to share the story of her son’s T1D diagnosis and to assure us that he is able to live a “normal” life. Debbie Levy, another acquaintance whose son also has Type 1 diabetes, texted me, offering to come to our house the day Jenny was discharged to make sure that we were giving injections properly. Debbie told me that Nancy Glynn, a woman I had neither met nor heard of, was expecting my phone call. An associate professor of epidemiology at the University of Pittsburgh and the mom of a daughter with Type 1, Nancy became my T1D mentor.

In the hours before Jenny was discharged from the hospital, several inches of snow fell in Pittsburgh. I wondered if I would be able to drive my car into my driveway to park in the garage. I knew that my husband wouldn’t have had time to shovel because I had asked him to go directly from the hospital to the pharmacy to fill Jenny’s prescriptions, then to the supermarket and Target to buy the items we were told we should have at home. I was stunned to find my driveway freshly shoveled, and later learned that my friend and neighbor Sharon Helden had done it herself when she heard that Jenny was coming home later that day.

There were many factors which enabled Jenny and the rest of our family to successfully navigate Type 1 diabetes and adjust to our new normal. One critically important factor was the unsolicited support we got from other Jewish mothers. Coincidence? Maybe, maybe not. Regardless, the strength which these women had and inspired in me was invaluable. It made me think of a variation on the line about immigrants from the musical “Hamilton”: Jewish mothers, we get the job done! PJC

Laurie Pearlman Park lives in Upper St. Clair. She is the author of “A NEW NORMAL: A T1D Mom Shares Facts, Tips, & Advice About Type 1 Diabetes” (2020). Her daughter, Jenny Park, graduated from college and is now pursuing a master’s in public health.