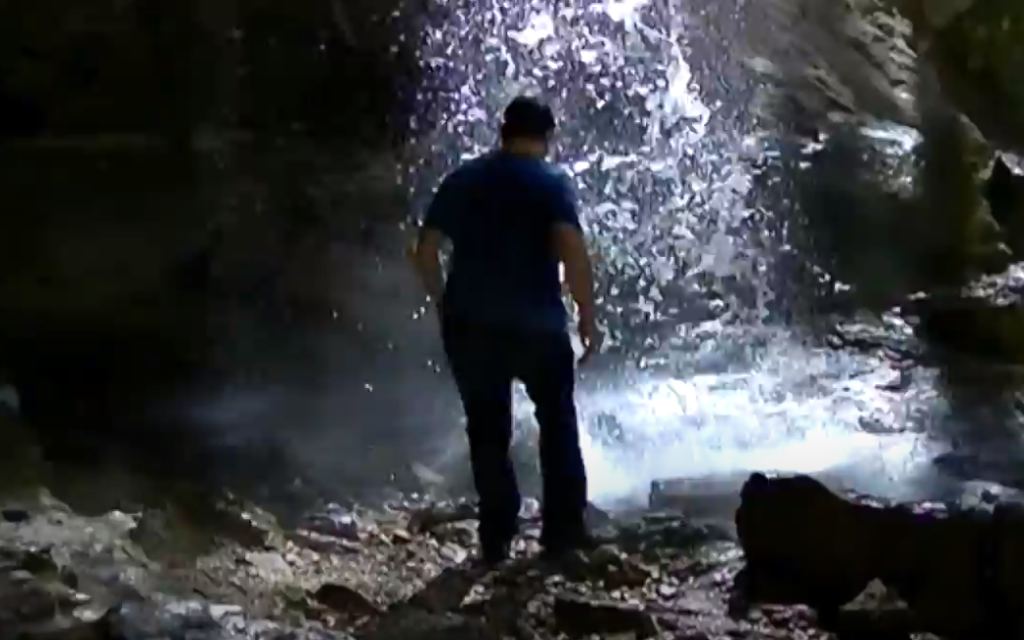 Robert Davis inspects the base of Spouting Rock. Screen grab via YouTube

Even before “60 Minutes” aired its July 12, 2015 segment on Forrest Fenn’s buried treasure, Davis had heard of the American art collector, whose hidden trove lured thousands into canyons, across valleys and up mountains throughout the nation’s West, but it wasn’t until the televised newsmagazine dedicated nearly nine minutes to the subject that Davis began considering its possible whereabouts.

Once the broadcast ended, Davis and his wife, Elena, “were like, ‘We can do this,’” Davis recalled. “We cracked open a couple of beers and our laptops and within an hour we had an exact location of the treasure.”

Relying on clues from Fenn’s self-published autobiography, the Davises were certain they had pinpointed the site.

“The place that we found checked off all the boxes,” said Elena.

As gratifying as it was to theoretically find the treasure, bringing it home sounded much sweeter, so Davis, an adventurer and psychiatrist, booked two tickets from Akron to Denver. 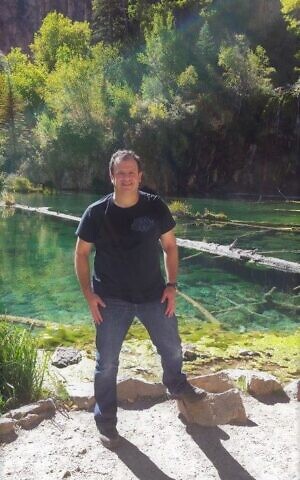 “You just can’t go by yourself,” he said. “I do plenty of things on my own, but you need a friend for this type of thing, and you also have to make sure it’s someone who won’t kill you after you find it.”

Davis was joined by John Murphy, a colleague who filmed the adventure, while Elena, a speech therapist and mother of four, stayed home.

The trip sounded fun, but the timing wasn’t ideal, she explained: “It was like three days before Rosh Hashana, and it was also around our oldest daughter’s bat mitzvah.”

Davis, dressed in jeans, a black t-shirt and matching baseball cap, arrived at the Akron-Canton Airport with a suitcase full of supplies, including boots, hiking sticks, knives, a shovel and an extra canvas bag.

“The knives at least were practical,” Davis said in retrospect. “The craziest part was that we had a sack to put the treasure in.”

Leading up to their departure, Davis and Murphy had spent hours strategizing every moment of their 48 hours in Colorado, and, in particular, necessary measures after finding the gold.

“There was something about them bringing a machete and having to fight themselves out, and then they would drive home,” recalled Elena.

“We had contingency plans,” Davis explained. “If we found it, we wouldn’t fly home. We would drive home then announce it,” thereby evading another treasure hunter or traveler who sought to steal the riches.

With the Pittsburghers’ calculations complete and reservations secured, a wrinkle developed. 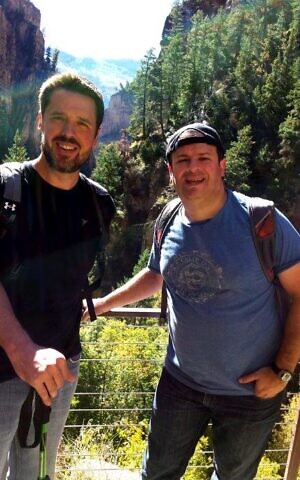 After picking up their rental car in Denver and driving almost 150 miles to Glenwood Springs, Davis and Murphy discovered that the designated trailhead was inaccessible due to too many cars in the parking lot, and that the exit off of I-70 was blocked.

“There was no place to pull off the highway, and nowhere to leave the car,” said Davis. “We actually had to go 10 miles away to where our hotel was.”

From there, ride-hailing services made clear that given the highway situation no one could be dropped off at the closed exit.

“My friend is a biker and marathon runner, I hadn’t ridden a bike in years,” said Davis. “After 10 miles in higher altitude, dressed in clothes I wasn’t planning on biking in, I thought I was going to die.”

Adding insult to injury was that once the treasure hunters finally reached the trailhead, they still had to climb another 1065 feet in elevation.

According to Fenn’s blog, “Old Santa Fe Trading Co,” those seeking the chest should “remember it weighs 42 pounds and an old man carried it to its secret location.”

“I keep thinking, ‘How could this 79-year-old do it,’” said Davis. “All of these people were passing me by. I think people are really fit in Colorado. I don’t know. I was huffing and puffing and sweating.”

They came to Spouting Rock, a waterfall 200 yards above Hanging Lake and were convinced that the treasure lay beneath the base, but because there were “too many rangers around,” decided to pause, said Davis.

With the spot now identified, the explorers hiked down the trail, returned to their hotel and planned to come back to the waterfall the following day. 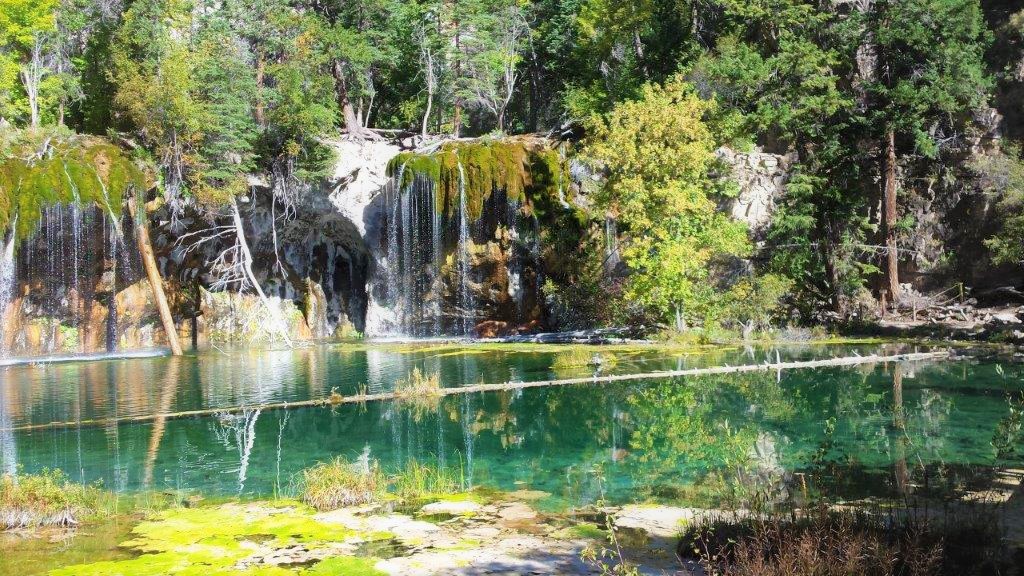 Davis and Murphy arrived at the trailhead’s parking lot early in the morning. They hiked up the path, reached Spouting Rock and waited for an opportunity.

Believing that all that lay between them and their prize was a 7,323 foot rush of water, when no one was in sight, Davis submerged his head, torso and hands at the base.

In the midst of realizing that he was losing consciousness, the Squirrel Hill resident remembered his surroundings.

“You’re in a location that no one would find you or be able to get to you,” he said. “There’s a ton of mountain lions in the area.”

Davis withdrew from the waterfall, steadied himself and gripped his hiking stick. With water dripping from his clothes, he continued down the trail with Murphy to their rental car, all the while thinking, “Maybe that’s the right place.”

Since 2010, an estimated 350,000 people have partaken in the search and at least five people have died looking for Fenn’s gold.

On June 6, 2020, then again on June 7, the art collector announced that the treasure was found.

The Davises, and many others, remain skeptical.

All that was mentioned was that someone from “back East” located the chest, but “what every treasure hunter wants to know is not who found it, but what was the solution to the riddle, and how close was I,” said Davis.

“I’d like to think it’s not found, and that Rob will still find it,” said Elena.

Regardless of the chest, heading West netted a reward that isn’t measured in weight, noted Davis: “How many people can say they’re a treasure hunter?” PJC