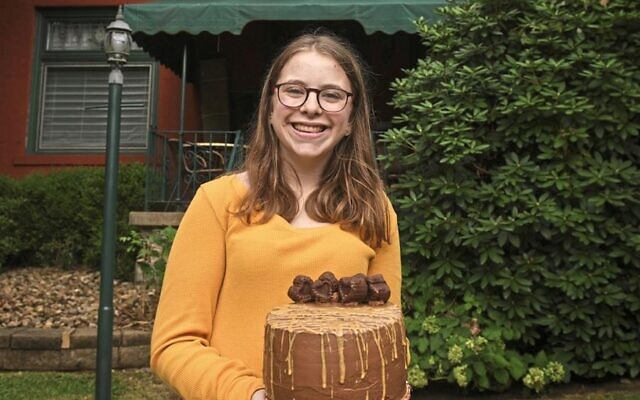 Elena Mayo is striving to make the COVID-19 lockdown a little sweeter.

Like a fine confection, the Squirrel Hill teen has found the right combination of ingredients to craft the perfect treat: a dash of passion, a drop of philanthropy, the correct mix of sweet and savory and a healthy dose of good old tikkun olam.

Several years ago, inspired by the baking shows she was watching on television, the self-taught baker decided to see if she could replicate some of what she saw. It turned out that Elena, now 16, had a knack in the kitchen and was soon expanding her repertoire beyond the typical birthday cake flavors she was making for family and friends, moving on to chocolate peanut butter, s’mores, carrot and Black Forest, all with the baker’s personal touches included. 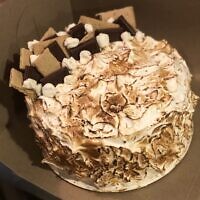 Mayo recently purchased a baker’s torch, which she’s used on recipes like her S’mores Cake. Photo by Elena Mayo. 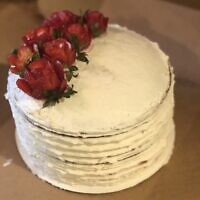 Customers have requested a variety of cakes from Mayo including strawberry shortcakes. Photo by Elena Mayo. 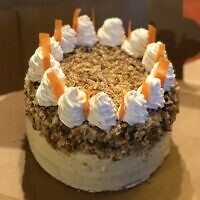 Elena Mayo has backed a lot of carrot cakes during the COVID-19 pandemic. Photo by Elena Mayo.

It was her father, Jonathan Mayo, a senior writer at Major League Baseball, who suggested Elena consider selling her cakes.

“Quarantine seemed like a good time when I had nothing else to do,” Elena said.

The junior at Pittsburgh Creative and Performing Arts 6-12 explained that before school began a few weeks ago, and she had plenty of time on her hands, she was sometimes baking a cake a day, which allowed her to bake a total of 22 cakes for customers. Now that school has started, Mayo said she will only be baking on weekends.

The cakes sell for $40, but the project is not just about profit: Half of the money Elena earns is donated to charity.

“I really like the idea of being able to give back,” she said.

The teen baker has long had a zeal for fundraising. She wants to help find a cure for pediatric cancer, so she began raising money for St. Jude Children’s Research Hospital as her bat mitzvah project and has continued to do so for the last three years. Last year she raised nearly $31,000 for the Leukemia & Lymphoma Society.

She allows her cake customers to direct where they would like their $20 donation to go. So far, there has been no clear-cut favorite.

“I’ve gotten a bunch of different ones,” she said.

She also bakes a lot of different types of cakes.

“I make a lot of carrot cakes, which is fun because you get a nice little arm workout while you’re making the cake,” Elena said. “I just got one of those culinary blow torches which I’ve been using as much as possible, which is so much fun. I’ve made a s’mores cake, a lemon meringue cake and a sweet potato praline meringue cake.”

Family birthdays inspire Elena to try new recipes. The lemon meringue cake was inspired by a cake she made for her own birthday that had meringue cookies on the outside. 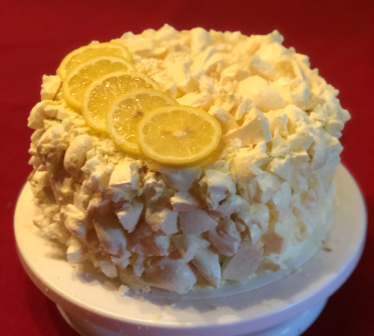 Mayo baked a lemon meringue cake for her birthday. Photo by Elena Mayo.

“Those take a long time, though, so when people order a lemon cake, I usually make a meringue icing that I can torch,” she said.

The sweet potato cake was made in honor of her mother’s birthday.

“It was her first time making it,” said Sara Stock Mayo, co-leader of Kesher Pittsburgh, “so I told her to use me as a guinea pig. She experiments on us. I have to say, that lemon cake was awesome.”

Next up for Elena is a coconut cake created for grandmother’s birthday near the end of September.

The Gen Z baker has updated more than just the idea of the traditional cake sale for charity. She has incorporated modern marketing techniques to get the word out, utilizing Facebook and text messages, along with tried and true techniques including word of mouth.

Her father is happy to see Elena put into action the moral beliefs that have been taught to both her and her brother.

“I think any parent wants to instill values in their kids that they take forth into the world as they grow into adulthood,” he said. “In this house, the concept of tikkun olam is probably at the top of that list. And so, seeing what Elena has done, not just with this but all her fundraising efforts, is a large source of pride.” 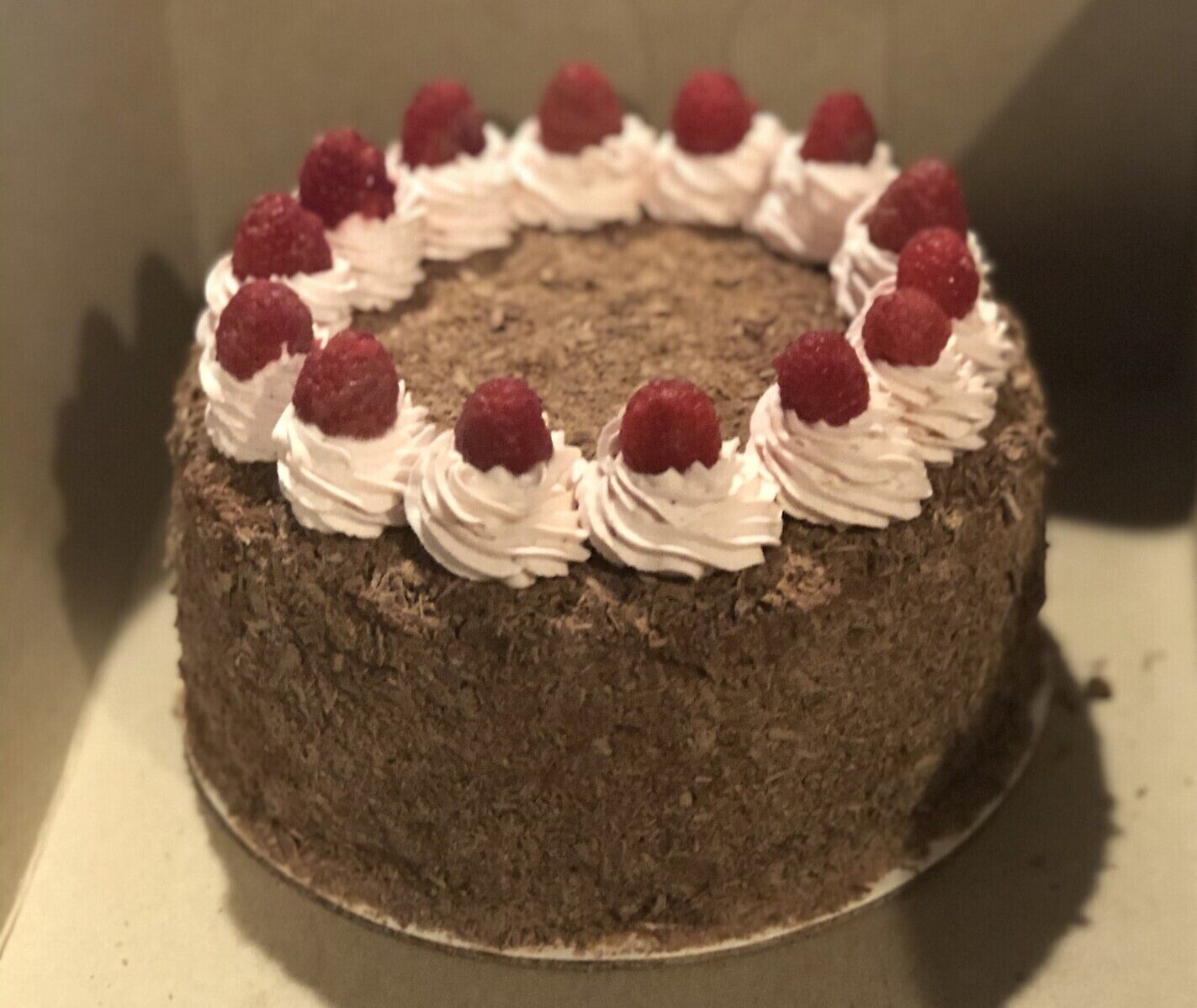 A chocolate raspberry cake is another customer favorite. Photo by Elena Mayo.

Elena’s mother believes the model her daughter has created to give back with her cakes has helped the baker find her voice and passion.

“What’s cool about this is it lets people pick their charity, but when people don’t pick one and she picks her own charity, it allows her to find things that resonate with her, whether it was different adoption and foster care agencies, mental health organizations, Jews for economic and racial justice,” said Sara Stock Mayo. “Sometimes it was things that we talked with her about and sometimes it was things that she said, ‘Oh, this is what I care about.’” PJC