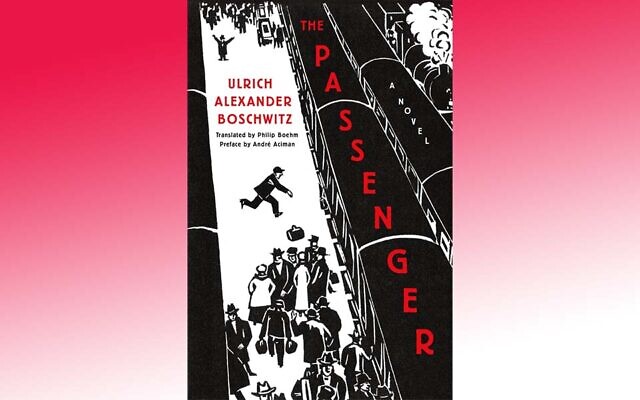 Rudolph “Rudy” Boschwitz’s father, Eli, announced to his family on Jan. 30, 1933 that they were leaving Germany forever.
Adolf Hitler had been elected chancellor and the elder Boschwitz didn’t need a weather vane to predict the coming storm.

The Boschwitz family soon began a circuitous journey, starting with leaving their home in Berlin, then traveling to the Polish province of Poznań, which had changed hands between the two countries several times before becoming part of the newly reconstituted Poland after World War I.

But that move didn’t alter the family’s desire to leave Europe or alleviate their challenges.

From Poland, the family went first to Czechoslovakia, then Switzerland before moving to Holland, then eventually England where they found an American official who approved their request to travel to the United States. They arrived in New York City shortly after Rudy Boschwitz’s fifth birthday in December 1935.

Boschwitz grew up in New Rochelle, New York, and attended Johns Hopkins University before earning degrees from New York University’s Stern School of Business and School of Law. After a stint in the Army and a move to the Midwest, he started a plywood and home interior company.

In 1978, he was elected to the U.S. Senate from Minnesota and served there until 1990. He was then selected by President George H.W. Bush to serve as an emissary to Ethiopia. His negotiations resulted in Operation Solomon, which airlifted 14,000 Jews from the African nation to Israel.

Boschwitz was named the United States Ambassador to the United Nations Commission on Human Rights in 2005 by President George W. Bush.

“Human Rights were an interest of mine,” Rudy Boschwitz told the Chronicle, recalling his early years in Germany and his father’s failed attempts to convince more people to leave the country before the Nazis secured total control. “The day before we left there was already enough fear in the air that he didn’t tell people ‘We’re leaving in the morning,’ but he did advise them to leave. Of our family that stayed in Europe, many didn’t get as far as Sweden or Switzerland or England — they were essentially still in Germany. Only one survived. So, human rights were an interest of mine. You can’t have that happen to your family without having a keen interest in human rights.”

In addition to his political work, Boschwitz is a member of the Council on Foreign Relations and served on the board of directors for the Jewish Institute for National Security Affairs, AIPAC and numerous other Jewish organizations.

The plight of Boschwitz’s family during the rise of the Nazi regime mirrors that of the protagonist in “The Passenger,” a novel written by his first cousin, Ulrich Alexander Boschwitz, immediately following Kristallnacht.

“The Passenger,” the first selection in the Pittsburgh Jewish Chronicle’s newly launched book club, tells the fictitious story of Otto Silberman, a respected businessman forced to steal away from his home and travel across Germany as he grows more and more desperate to escape the advancing Nazi shadow — despite his Aryan looks and robust business and personal connections.

The author and his family didn’t leave Germany along with the family of Boschwitz, nor did he move to the U.S. Instead, he first escaped to Scandinavia before moving to England in 1939, where he was interned as an “enemy alien” and deported to Australia. In 1942, he was permitted to return to England but died when the ship on which he was traveling was torpedoed by a German submarine. He was just 27.

“The Passenger” was long considered lost, but the original manuscript was recently rediscovered in German archives and was republished in 2020, meeting with wide acclaim.

“I’m very proud that a first cousin of mine has written a book that has gained such wide acceptance,” Boschwitz said, adding that he would like to see the novel studied in the same way works by Eli Wiesel and “The Diary of a Young Girl” are.

The Pittsburgh Jewish Chronicle will host its discussion of “The Passenger” via Zoom on Sunday, Oct. 24, at 1 p.m. Register to attend by emailing David Rullo at the email address below. PJC