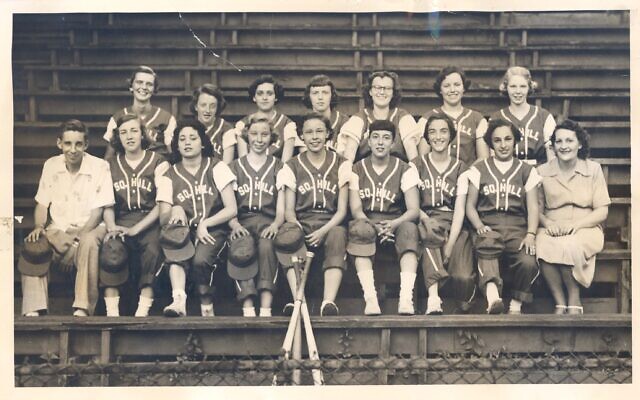 Here’s one for the record books: For the first time in its nearly 40-year history, the Jewish Sports Hall of Fame of Western Pennsylvania will hold its annual gala online this year. The event will be held May 2.

The yearly event typically welcomes hundreds of attendees and generates thousands of dollars for local and Israeli youth sport. Although the 2020 program was canceled because of COVID-19 concerns, organizers called a new play this year and decided to hold the gala virtually, according to Alan Mallinger, the Jewish Community Center of Greater Pittsburgh’s staff liaison to the group.

“This is life in the pandemic,” he said. “We’re doing the best we can.”

Although supporters won’t flock to a large ballroom to dine together while regaling in past athletic achievements, the quality of this year’s honorees shows this program still has much to offer, said Michael Steinberg, a Jewish Sports Hall of Fame board member.

With the aid of recorded footage and virtual remarks, attendees will learn about the athletic and communal contributions of Dr. Robert Chetlin, Kaitlyn (Orstein) Fife, Dylan Reese, Mark Haffner and Sherree Goldstein. Chetlin, an associate professor and clinical coordinator at Mercyhurst University Department of Sports Medicine, will be recognized for his contributions to sports science. Fife, a 14-time NCAA Division III All-American at Washington & Jefferson College, will be recognized for swimming. Dylan Reese, who suited up for the Pittsburgh Penguins, New York Islanders and Arizona Coyotes, will be recognized for hockey. Mark Haffner, a nationally certified tennis instructor and life coach, will receive the Ziggy Kahn Award. And Sherree Goldstein, a Mt. Lebanon native and owner of Square Cafe, will receive the Manny Gold Humanitarian Award.

Steinberg praised each of the Jewish Sports Hall of Fame inductees, and said the program will also recognize 24 local student-athletes as Nathan H. Kaufman award winners. Hailing from eight area high schools, each of the graduating Jewish seniors will receive a plaque and certificate.

“Some of these kids, we could spend a whole program on them,” Steinberg said. “What they do in school, in the community, off the field, it’s really mind boggling how they have time for anything. They are terrific kids and deserve to be recognized.”

Beth Goldstein, a Jewish Sports Hall of Fame board member whose family sponsors a scholarship in memory of her father and uncle, said that all funds raised during the year are used to ensure the continuity of Jewish athletics in Pittsburgh and in the Jewish state.

Past recipients of that funding include the Maccabi Youth Games, the Jewish Community Center of Greater Pittsburgh’s Indoor Triathlon, the center’s Sailfish Swim Team and each of the city’s three Jewish day schools.

Anyone interested in attending the free May 2 gala can register by emailing amallinger@jccpgh.org or calling 412-697-3545. PJC.