It was an unlikely pairing: Betzalel Menachem Mendel Bassman, an Orthodox Jewish rabbi and scholar from Chicago who worked in his father’s scrapyard, and Dr. Abdulhaq Alkhalidi, a Muslim Iraqi scientist with Parkinson’s disease who developed innovations in the oil recycling business and was a contractor for the U.S. military.

And yet when the two met for coffee in Pittsburgh, they hit it off.

Bassman, 35, was looking for a new venture within the environmental sector after moving to Pittsburgh and found Alkhalidi while researching cooking oil recycling. A friend suggested Bassman consider tire recycling, and he pitched the idea to Alkhalidi. A week later, Alkhalidi was on board. 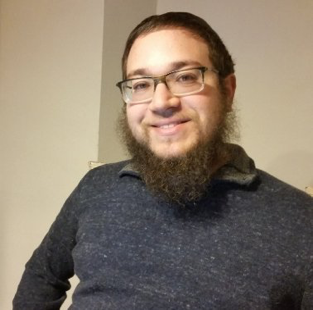 At first, they tinkered in Alkhalidi’s garage five to 10 hours a week. “We were kind of walking up walls for about two to three years until we got some serious traction,” said Bassman.

That traction came after moving into a larger garage in 2018, hiring part-time engineers, raising funds through angel investments and filing for a patent.

Smart Tire Recycling has about a dozen competitors in the U.S., Bassman approximates, but he believes his company stands out with its practical and marketable solution.

Here’s the gist: A 20-pound scrapped passenger tire contains about two pounds of steel, one gallon of oil and five pounds of carbon black. While today’s tire recycling facilities repurpose some of the materials — like using rubber for playgrounds — they don’t recover the original materials. So fresh carbon black, oil and steel are needed for each new tire.

That’s where Smart Tire Recycling comes in. It works to “unbake” tires into reusable components that could eventually make new tires. It’s like if you went to a bakery, Bassman said, and the baker said he’d turn the ciabatta back into water, oil, yeast and flour, and use them for a new loaf.

But in early June, Bassman stopped hearing from Alkhalidi.

“He was a little bit of a mad professor, so I was very used to him not answering the phone,” said Bassman. After a few days of silence, Bassman learned that Alkhalidi had died. He was 69.

His vision left an indelible mark on the company, according to Bassman.

“In his laboratory, when I first went there, there was a big sign that said, ‘Still dreaming,’” recalled Bassman. “He was always dreaming. In a good way. And he was always pushing the envelope, and the engineers were always trying to take his ideas and make them reality. [He was] a genius in terms of seeing things way ahead of their times.” 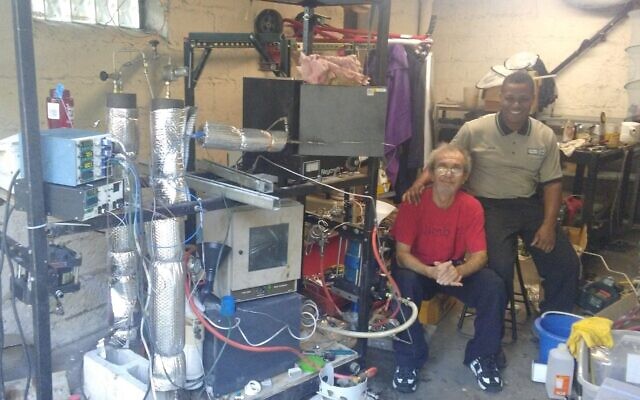 “It’s hard for me to understand what he’s doing, really,” Alkhalidi’s brother Laigh told the Chronicle, speaking by phone from Iraq. The two kept in touch when Alkhalidi moved to the U.S., and Laigh supported his brother’s partnership.

“I like to see the relationship between a Jewish and Muslim to be good,” he said. “Muslim and Jewish, they are cousins.”

Bassman is proud of the message inherent in his partnership with Alkhalidi.

“I always told people that Al and I, when we’re done solving the problem of tire recycling in the world, we’re going to sell peace in the Middle East,” he said. “One of our engineers is also a part-time pastor, so we have a rabbi, a pastor and an Iraqi scientist working together.”

Faith was key for them. “To do a start-up, especially a start-up in hardware, you’re literally walking in the dark. We almost closed down like five times in the six years,” said Bassman. “Faith got us through many, many very dark days.”

But things are brighter now because of Alkhalidi’s efforts. Smart Tire Recycling is scaling up to a pilot plant, perfecting its technology and raising funds through crowdfunding.

“I would not rule out the idea that he’s praying for us up there,” said Bassman. PJC