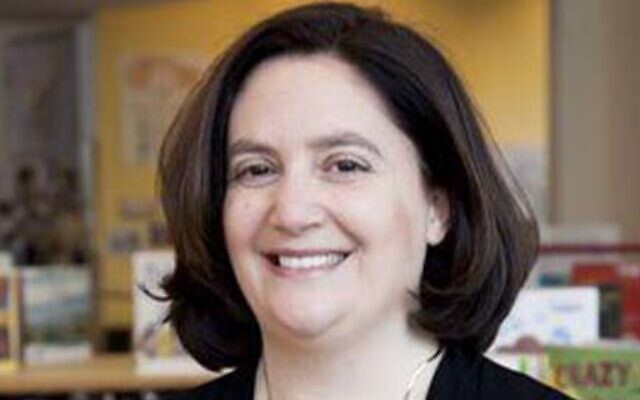 Rabbi Amy Bardack is leaving the Jewish Federation of Greater Pittsburgh on March 18.

Bardack has served as the director of Jewish Life and Learning at the organization for nearly six years. She moved to Pittsburgh from Boston — where she was the Judaic studies director at the Solomon Schechter Day School of Greater Boston — along with her husband and two children.

Bardack, a Conservative rabbi, said her decision to leave Federation was timed to take advantage of “an unprecedented opportunity.”

“It happens about once every 20 years when there are not enough rabbis for the jobs,” she said. “There are going to be jobs unfilled. Coupled with that, it’s never been easier to work remotely from Pittsburgh for national organizations. So, there are a lot of opportunities for the next step in my career.”

Bardack said she has not yet identified organizations where she might like to work but noted that her role at Federation left her little time to look for another position.

“This is a very busy job and it’s very, very difficult to look for a job while you’re in a job,” she said.

Jewish Life and Learning was a new department at Federation when Bardack was hired in July 2016. She said she was proud of the work she did to establish the new department, which focuses on creating Jewish programs in the community, boosting the engagement of Jews of all ages and strengthening Jewish identity and leadership.

“I think it was about raising the bar for Jewish education and engagement, bringing in research and best practices to enhance it and finding ways to serve the community,” Bardack said. “That meant figuring out grants to enable people to try new things in teen engagement and adult learning and experiences.”

Bardack said she was proud of the committees she assembled which included lay leaders from all backgrounds; the support she was able to offer the Jewish day schools, especially during the pandemic; and the work she did following the Oct. 27 massacre at the Tree of Life building.

Within 24 hours of the attack, Bardack said she had reached out to all of the Pittsburgh rabbis to coordinate who would lead funerals and shiva minyans. She also worked to ensure all three congregations targeted in the attack, and their rabbis, were receiving needed support.

“We got people the information they needed, if they needed drop-in counseling — which the JCC set up — if they needed to talk with a rabbi,” she said. “We set up a hotline, making connections with trauma specialists.”

She also brought in a series of chaplains to help serve the community.

Bardack said that she spent significant time out in the community through mid-December 2018 rather than behind a desk.

“People were hurting,” she said. “They needed support. I brought in people from all over the country through my connections and contacts. It was very intense and a hands-on experience.”

Adam Hertzman, the Federation’s marketing director, said Bardack facilitated almost all of the conversations around the 1-year commemoration of the attack.

“Some of those conversations were emotionally charged and she did a fantastic job that really went above and beyond, getting people to work together and remembering what was important and making sure we took a victim-centered approach,” Hertzman said.

Bardack often worked behind the scenes, he added. For example, she worked with local Jewish day schools to inspire best practices in education and engagement. She also brought new initiatives to Pittsburgh, including OneTable and Honeymoon Israel.

Bardack’s work was critical during the pandemic, Hertzman said. She helped to quickly identify where Federation could provide relief funds to get kids online when they couldn’t go to school, and to get students back to school when able. She also assisted congregations in using virtual technology when that comported with their religious practices.

“Rabbi Bardack has made a lot of improvements in our Jewish Life and Learning program and she will really be missed,” Hertzman said.

In February, Bardack wrote a column that ran on both eJewishPhilanthropy.com and in the Pittsburgh Jewish Chronicle titled “How inclusive are we willing to be?”

In the controversial opinion piece, Bardack wrote that Jessie Sander, a 26-year-old Jewish educator in New York, had filed a lawsuit against her former employer, “a flagship Reform synagogue, claiming she was fired because of her anti-Zionist beliefs.”

“While I cannot speak to the legal claim, I have been thinking about the value of inclusivity which many Jewish organizations espouse,” Bardack wrote.

She posited that an increasing number of Jews no longer support Israel and asked if it is within the interest of Jewish institutions to welcome them, writing “[m]any of these organizations proport but one acceptable form of ostracism, and that is toward those who express anti-Zionist viewpoints. ”I propose,” she wrote, “that we spend less time labeling all anti-Zionist Jews as antisemitic, and more time figuring out how to be truly inclusive.”

The piece engendered some public criticism, including letters to the editor in this paper.

Bardack said she spent some time thinking about the piece, and the comments she received in response were positive.

“I viewed the piece as pretty mild,” Bardack said. “I wasn’t saying anything critical of Israel. I wasn’t identifying as anti-Zionist. I am not anti-Zionist. I was really asking questions about inclusion and the limits of inclusion and how we can look at people as a whole and not focus on the one thing that they might believe that we vehemently disagree with.”

Bardack said her opinion piece was not the catalyst for her decision to leave Federation, nor was asked to resign. In fact, she said, she will continue to support the organization.

“You won’t find me saying anything bad about Federation,” she said. “I’m still a donor. I’m still a Lion of Judah. I have a Lion of Judah endowment. I’m not walking away from the community. I don’t hold any animus.”

Bardak said she was warmed by her experience and acceptance in Pittsburgh and her time working with its rabbis, regardless of denomination.

“I’ve great memories of the honor I was given by Orthodox rabbis when I would meet with them, the respect I was given,” she said. “Being in such a pluralistic environment was really exciting for me.”

Hertzman said that Federation will work to fill the soon-to-be-vacated position, but the job may look different in light of the organization’s new strategic plan.

“We are evaluating organizational structure and job responsibilities in several areas,” he said. PJC