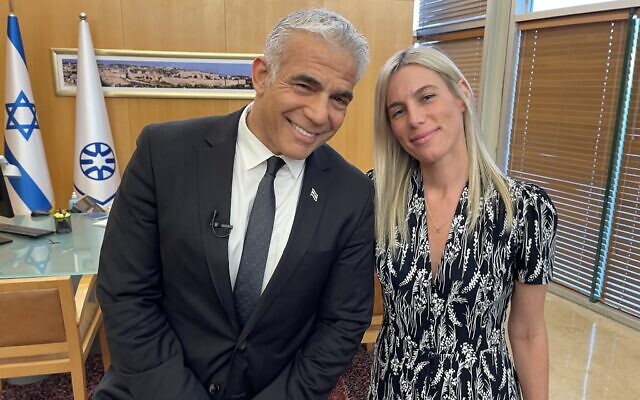 A native Pittsburgher is helping to lead the international fight against antisemitism.

Eden Rachel Cohen — a former entertainment lawyer who grew up in Upper St. Clair — has been working alongside Israel’s special envoy fighting antisemitism and the delegitimization of the Jewish state since February, first as her chief of staff and now as a senior adviser. That special envoy, Noa Tishby, was appointed by Israeli Prime Minister Yair Lapid in April when he was serving as foreign minister. This is the first time Israel has appointed an individual to serve in such a role.

“We’re advancing Israel’s foreign policy as it relates to antisemitism,” Cohen told the Chronicle. “And we’re using social media to take on the fight. Antisemitism is perpetrated mostly today on social media.”

Cohen, who divides her time between Pittsburgh, Los Angeles and Israel, met Tishby, a former actress, producer and author, through Cohen’s free, digital newsletter, A Wider Frame, which provides news about Judaism, the Jewish diaspora and Israel. 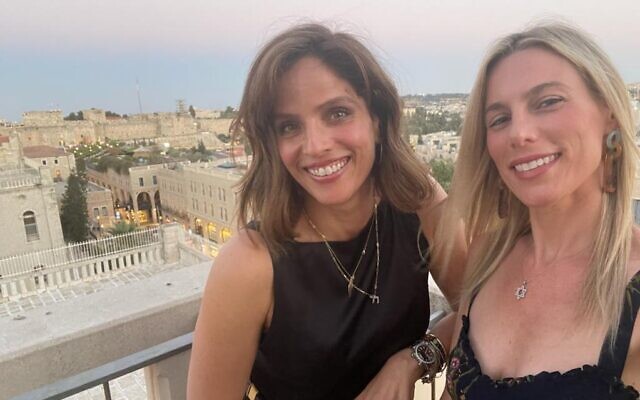 Eden Rachel Cohen (right) and Noa Tishby (Photo courtesy of Eden Rachel Cohen)
“It’s the elephant in the room that nobody is addressing,” she said. “People aren’t talking about Israel because it’s been so politicized.”

Publications like A Wider Frame, which Cohen started distributing before the pandemic, are helping to fight the good fight but a lot of work still needs to be done to correct misconceptions about antisemitic content, Cohen said.

“I think a lot of people have this idea that it’s all right-wing Holocaust denial,” Cohen said. “What we’re seeing on social media is not just that.”
Cohen said understanding how anitsemitism is perpetuated on social media is paramount to beginning to attack the problem. She also explained how attacking “Zionists” or Israel capitalizes on the concept of intersectionality, where antisemitism is perpetuated by other groups on their quest for racial and social justice. She cited, as an example, social movements like The Movement for Black Lives (a coalition that includes Black Lives Matter), which has faced accusations of antisemitism and whose website accuses Israel of “ethnic cleansing” and “apartheid.”

Cohen has done her homework. The faces and features of antisemitism have evolved over time, she said.

At times throughout history, Jews were labelled as “Christ killers”; under communism, Jews became “capitalist pigs,” Cohen said. Today, she continued, the in-vogue antisemitic depiction of Jews is that of the racist or colonialist apartheid state.

“With the growth of intersectionality, we’re seeing more and more of this,” she said.

Cohen has her hands full with projects battling antisemitism. In September, she will travel to Washington, D.C. for an interparliamentary session on antisemitism — the Summit for Combatting Online Antisemitism — featuring American politicians like Debbie Wasserman Schultz, as well as political figures from Canada, Australia, New Zealand, South Africa and Israel. The goal is to work collaboratively to establish consistent policy and messaging worldwide to fight online antisemitism.

Cohen is launching a multimedia company in 2023 with writer/editor Jordyn Tilchen to focus on culture, entertainment and engaging young teens — all to help them understand modern manifestations of antisemitism. Cohen also is working on a film with Tilchen and journalist Eve Barlow.

Cohen stresses, though, that antisemitism is not just a fixture of social media; it’s prevalent offline as well. “We all know what happens online goes offline,” she said. She also looks to the boycott, divestment, sanctions (or BDS) movement against Israel as another example of a threatening antisemitic trend.

“Our position is, yes, the official [BDS] movement is antisemitic,” Cohen said. “It is a movement to demonize Israel … it is not tackling specific Israeli policies with respect to settlements or anything else. It is a call to free Palestine from the river to the sea. It is a call of Jewish genocide.” PJC