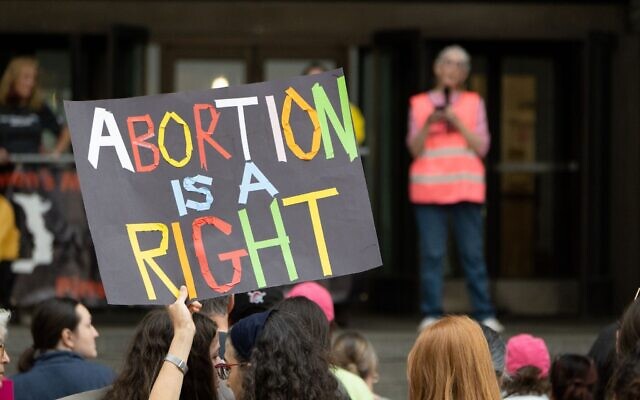 For 128 years, NCJW Pittsburgh has advocated for the rights of women, children and families, but the most critical moment in the Jewish group’s history may be happening now. If the leaked draft opinion proves correct, and the Supreme Court overturns Roe v. Wade, 50 years of work will vanish, NCJW’s incoming President Andrea Kline Glickman said.

For the organization founded in 1894, and dedicated to social justice issues, the prospect of losing legal access to abortion across the country is not only cataclysmic but contrary to public opinion.

Fifty-nine percent of Americans think abortion should be legal in all or most cases, according to Pew Research Center. Within the Jewish community, that figure balloons to 83%.

“We are at a crisis moment here,” Glickman said. “In our current world, so much is at risk. Our democracy is at risk.”

An organization like NCJW Pittsburgh bears responsibility for effectuating change, the group’s leaders explained. Doing so, however, requires a paradigm shift.

Months ago, members convened a realignment task force. Conversations between participants spanning nearly 60 years in age acknowledged that NCJW Pittsburgh is “white-led and that we have a responsibility to unlearn some of our biases and understanding as we approach our work,” Glickman said.

It became clear that NCJW Pittsburgh must increase its advocacy for gender and racial equity, but that the manner of doing so needed to change. The organization had to act “with, not for,” interim Executive Director Sara Segel said.

Moving forward, NCJW Pittsburgh must become “more inclusive and focused on addressing some of the systemic issues that we have when we go about doing our work,” Glickman said.

“Tammy Thompson has an incredible story to tell, and I am really looking forward to learning more,” said Leah Kamon, co-chair of the Spring Event committee and vice president of NCJW Pittsburgh’s board of directors.

Thompson is an expert in the psychology of poverty and often speaks about her experiences on the path to prosperity. NCJW Pittsburgh stands to benefit both from Thompson’s remarks at the Spring Event, as well as a partnership being built between Catapult Greater Pittsburgh and the Jewish group, Segel explained. 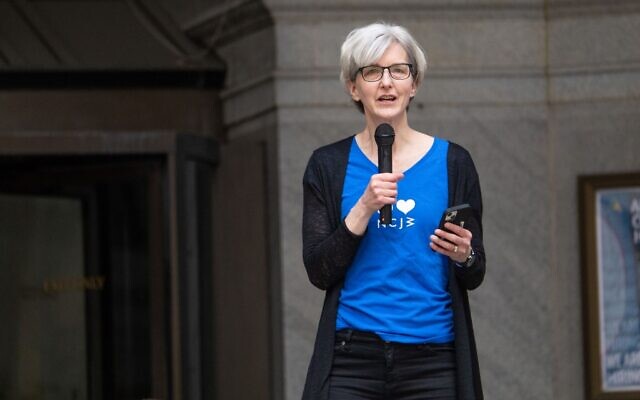 While NCJW Pittsburgh is committed to increasing inclusivity, doing so doesn’t mean that the group is eschewing the contributions of longtime members.

“We’re very mindful that we have a rich history of strong passionate advocates and leaders, women who have been involved for generations and have a seat at the table,” Glickman said. Whether welcoming younger members to the board or finding ways to engage with a larger audience, NCJW Pittsburgh is dedicated to operating in a way where “everyone is welcome and we have a very broad umbrella.”

In fact, leveraging the expertise of so many diverse people bodes well for the organization’s future, Segel said.

“We know that, generally speaking, millennials live their values out loud, especially when it comes to seeking gender and racial equity,” she said. “The fact that NCJW is actively advocating for and addressing systemic changes with regard to reproductive rights, voting rights and affordable, high-quality child care, sparks a powerful connection with this younger generation.”

Glickman, 49, was in her 20s when she joined NCJW Pittsburgh. She’s been connected for decades, she said, because “we do a really good job of listening, learning and adapting to what’s happening in our world while being true to our Jewish values and our mission.”

Taking that approach, while playing a supporting role to partners who are doing the direct work within the community, is “the way we need to be as a community ally,” Segel said.

Days ago, immediately following the Supreme Court draft opinion leak, Tracy Baton of Women’s March Pittsburgh organized a rally for abortion rights at the City County Building. Because of partnerships that NCJW Pittsburgh built with Baton, as well as Sydney Etheredge of Planned Parenthood of Western PA, NCJW Pittsburgh was able to quickly join public efforts and support those taking the lead, Segel said.

NCJW Pittsburgh members, including Glickman, plan on continuing their work next week when traveling to Washington, D.C. for a national meeting and a May 17 demonstration in support of abortion rights, in front of the Supreme Court building.

The potential erasure of women’s rights requires the need to “mobilize our advocates and leaders throughout the country,” Glickman said.

When it comes to standing up and speaking out on behalf of women, children and families, “we are approaching our work in a different way,” Glickman said. “We are growing the pie, not narrowing it.” PJC