Since its inception more than a century ago, the National Council of Jewish Women’s Pittsburgh section has worked to improve the lives of women, children and families. Whether by creating the city’s first free kindergarten, launching the Center for Women with the Jewish Women’s Foundation or partnering with 30 social service agencies, schools and community organizations to provide children with new clothes through the Back 2 School Store, the organization has aimed to better the community.

NCJW Pittsburgh is continuing that tradition by partnering with Pittsburgh Allderdice High School’s Black Student Union for a Feb. 18 presentation titled “Why Racism is Systemic: Black Health and its History.”

The program will not only honor Black History Month but also enable young student leaders to explain the policies and practices that have created race-based disparities, according to Kate Rothstein, NCJW Pittsburgh’s programming and communications manager.

NCJW Pittsburgh’s interest in systemic racism was largely fueled by the efforts of Allderdice’s Black Student Union, which delivered four similar talks to school faculty last year following the George Floyd protests, according to Rothstein. The student-led discussions were well-received, she said, and because NCJW believes it’s important to “shine a lens on gender and racial equity, we thought this is a good presentation to provide to our constituents.”

NCJW Pittsburgh is happy to provide a platform for teen leaders to “share their lived experience,” she added. 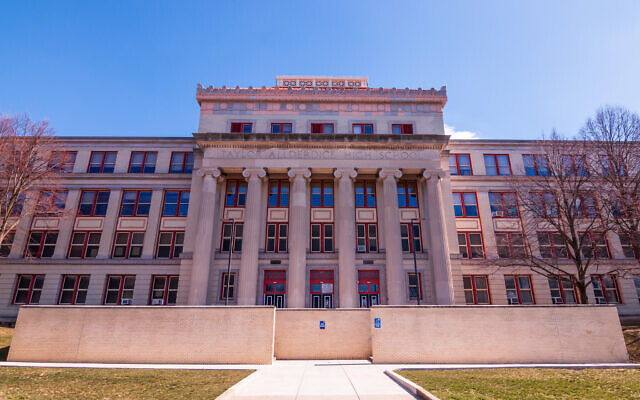 The front entrance to Pittsburgh Allderdice High School. Photo by Althom via iStock

The Feb. 18 program is generating a lot of interest, said Lydia Blank, marketing and communications consultant for NCJW Pittsburgh.

As of Feb. 16, more than 65 people had registered to attend.

That response, Blank said, points to members’ desire to uphold the organization’s more than century-old commitment to “standing up and speaking out on behalf of women, children and families.”

Last summer, the organization began a realignment process where programs were considered through a lens of gender and racial inequities, and which confirmed NCJW Pittsburgh’s commitment to advocacy and “unlearning,” Rothstein said.

Conversations with other NCJW sections nationwide helped solidify these goals, she added, but reading a 2019 report from the City of Pittsburgh’s Gender Equity Commission helped local members identify a focus for programming moving forward. 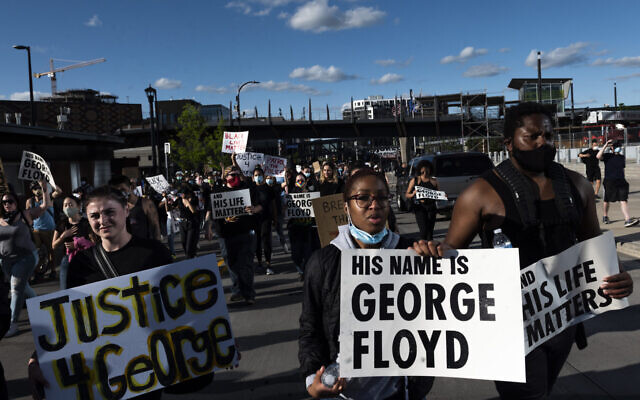 Protesters in Minneapolis, Minnesota, demonstrated against the death in police custody of George Floyd, May 29, 2020. (Stephen Maturen/Getty Images via JTA.org)

Rothstein, who, like Blank, has two children at Allderdice, said the 2019 report and the upcoming address from Allderdice’s Black Student Union offer insights into young people’s experiences in the city.

These topics are timely and important, Blank said, and align with NCJW Pittsburgh’s mission.

“We are an organization that supports women, children and families, and this means listening to incredible teen leaders,” she added.

Rothstein agreed, before praising the presenters: “We can all learn from these students, and NCJW is grateful to them for joining us in this way.” PJC