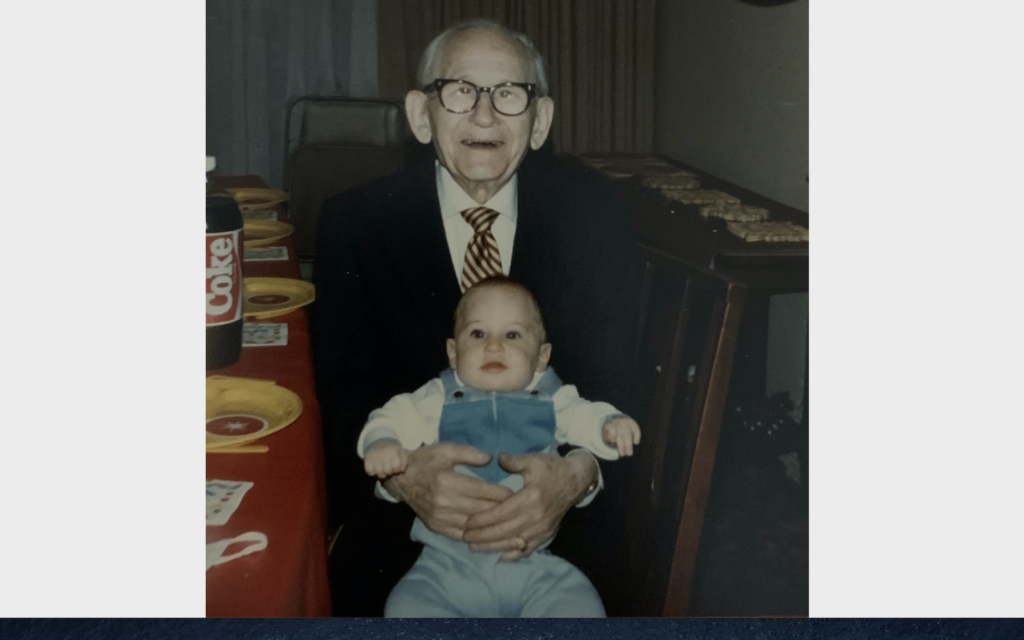 Joseph Rosenbloom (aka, The Little Tailor) and his great-grandson Brandon Blumenfeld (Photo courtesy of Cheryl Blumenfeld)

Chef Brandon Blumenfeld founded Little Tailor Dumplings in Pittsburgh as a way to remain in the culinary sphere during the early days of the COVID-19 lockdown.

Blumenfeld was first interested in cooking as a child, mostly from watching the Food Network and hanging around family members in the kitchen. The passion followed him into adulthood, and he went on to finish first in his class from the Miami Culinary Institute. After graduation he traveled to Southeast Asia before returning home to Pittsburgh, finding work in several restaurants in Lawrenceville and Troy Hill, including as the executive chef at the TRYP Hotel. 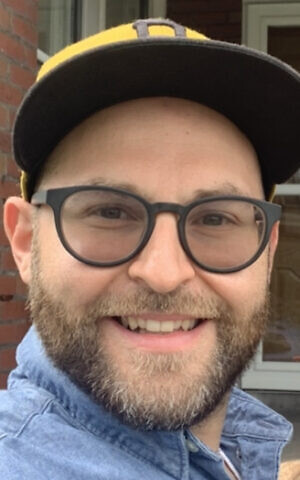 Brandon Blumenfeld (Photo courtesy of Brandon Blumenfeld)
While restaurants were mostly closed due to the coronavirus crisis, Blumenfeld found himself “in a similarly lost place as a lot of people in the food industry during the pandemic,” he said. So, he decided to immerse himself in one of his family’s most traditional culinary recipes: kreplach.

Blumenfeld’s great-grandfather, Joseph Rosenbloom, immigrated to Pittsburgh from Poland in 1921 — and brought along his recipe for kreplach, a Jewish take on boiled noodle dumplings, usually stuffed with meat or potatoes.

“Joseph was the cook in the family,” said Blumenfeld’s mother, Cheryl Blumenfeld. “We would sit around watching him make kreplach. Back then we always ate it with soup… it was a family tradition.”

Brandon was 4 when his great-grandfather passed away. Joseph had kept a recipe box, which included his recipe for kreplach, but the box went missing for several years after his death. When Blumenfeld and his mother finally found it, they went through it and prepared all the recipes inside, according to Cheryl Blumenfeld, adding that it was “wonderful to be able to pass on something from my childhood to my son.”

Today Joseph’s culinary skills live on through Brandon Blumenfeld, his mother said, noting that her son “liked the stories behind the food, especially hearing about my grandfather. One day, Brandon decided to try and make kreplach.”
It took a bit of practice, Brandon Blumenfeld said. 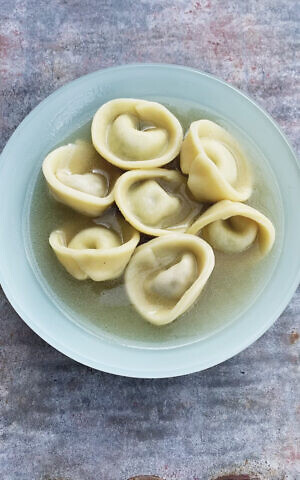 “Through many hours of research and talking to family members to learn the oral history of my great-grandfather’s life in Pittsburgh, I was able to evoke his spirit,” he said. “I kept working at my experience with the recipe and everything eventually fell into place.”

What started as a project to make kreplach for his family, friends and now-fiancée, has transformed into a full-scale business.

“I never really thought about kreplach as something I would make in a restaurant, but after a [previous interview], I started experimenting with the recipe and putting kreplach on the menu in places I was running,” Brandon Blumenfeld said. That helped him “turn my great-grandfather’s recipe into something that was a little bit more modern and approachable to the general public, Jewish or not.”

Thus, Little Tailor Dumplings was born and named for Blumenfeld’s great-grandfather, a talented chef and tailor, who even made Cheryl Blumenfeld’s wedding gown.

Blumenfeld is focusing on distributing his kreplach to small, locally-owned markets around Pittsburgh. For now, Little Tailor Dumplings can be purchased at the Bryant Street Market and littletailorpgh.com. PJC