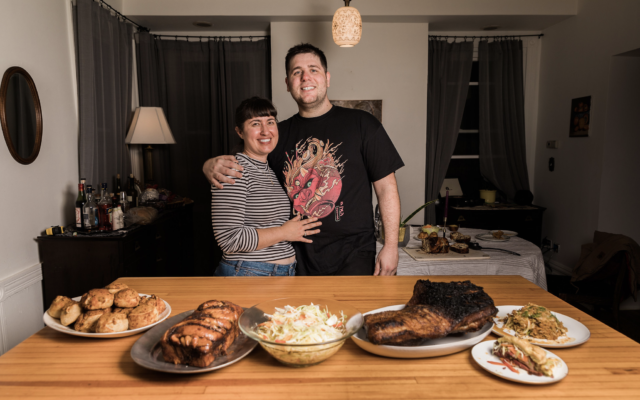 Jon Barr often doesn’t get very nostalgic for the New Jersey suburbs where he grew up. But he does the miss the food.

“Jews were raised with this stuff — there’s a nostalgia factor,” said the budding chef. “And everybody who grew up in the New York/New Jersey/Pennsylvania area grew up with these delis.”

So, he’s doing what comes naturally to him: He’s opening a Jewish deli-style food truck right here in Pittsburgh. And, yes, he said, the pastrami is knockout good.

“Pastrami is the king of cold cuts; it’s the best one,” said Barr, a 30-something secular Jew from Regent Square who is debuting Haskel’s Delicatessen this month outside local coffeehouses and independent breweries. “Pastrami’s doing things that other deli meats aren’t trying to do.

In addition to the pastrami and veggie-friendly seitan “pastrami” sandwiches, which some say are reminiscent of Carnegie Deli’s, Barr is offering two types of knishes, a unique take on matzoh ball soup, salads, chocolate babka and, yes, that staple of the New York Jewish deli, Dr. Brown’s soda. The food is not kosher and Barr admits his taste in food might seem blasphemous to some. 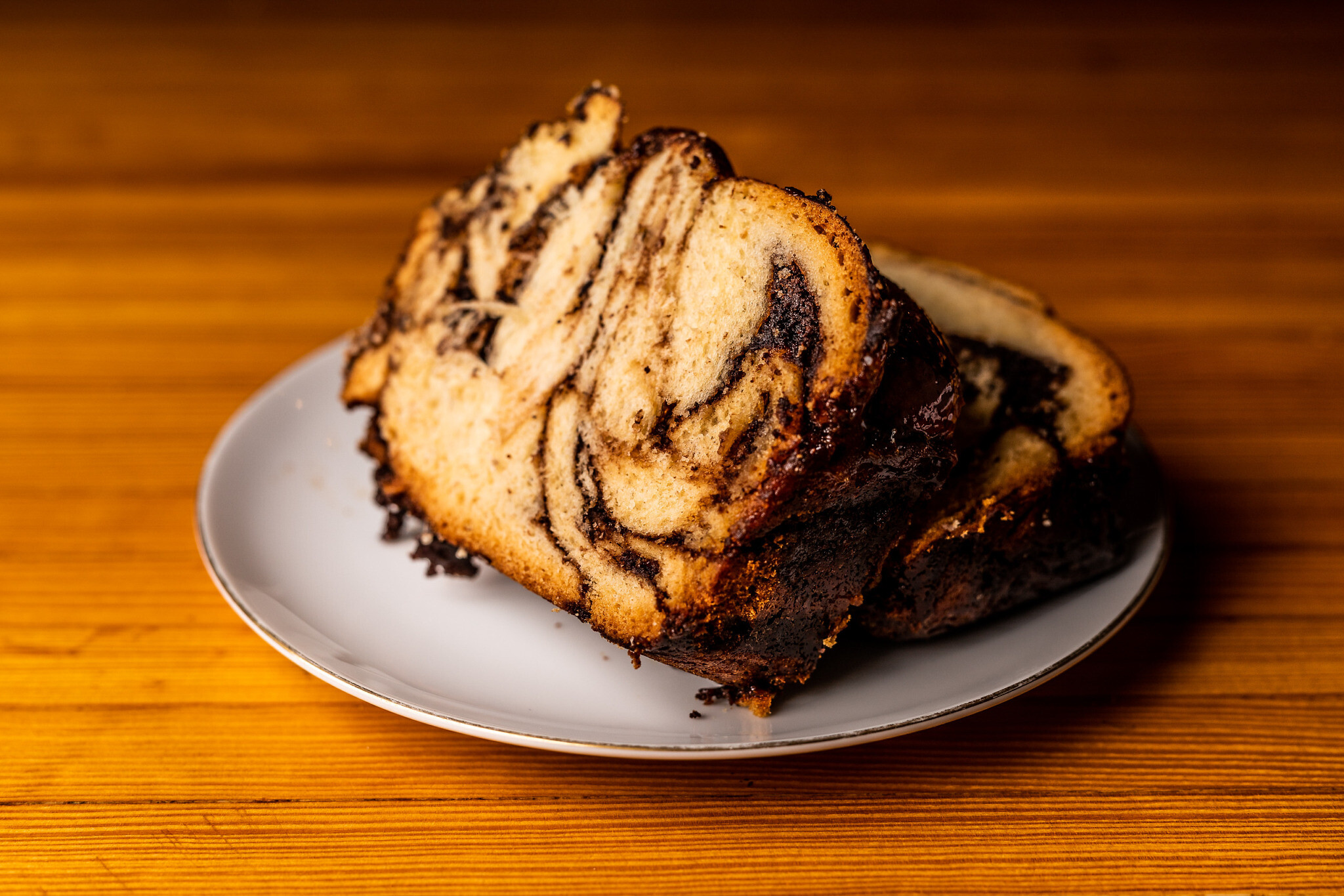 “Shrimp is not kosher but pork is anti-Semitic,” he laughed. “That distinction is completely lost on me because I eat whatever I want.”

He also has an unusual and impressive resume as a chef. While working as a cook at a local chain restaurant after giving white-collar work a go, Barr daringly contacted the head chef of the Duquesne Club for a job — and landed it.

“The Duquesne Club was where I learned to do things in a big kitchen,” he said. “They’d put 150 pounds of onions in front of you and say, ‘Make several gallons of French onion soup — julienne them.’ You’d just do it till you didn’t feel your hands anymore and you couldn’t even hear yourself chopping.”

At night, he moonlighted at Eleven and DiAnoia’s in the Strip District, and later worked his way up to supervising chef at Acorn, an upscale eatery in Shadyside.

On March 15, the day after every esteemed restaurant in Paris closed indefinitely, Barr came into Acorn on his day off to locate food banks and other places in need to send its lots of food. Soon after, he was unemployed.

“I like to say the whole industry was fired overnight,” he said, “which is kind of true.”

Some time into the pandemic, Barr noticed food trucks were still serving food at a coffee shop near his home. He was intrigued; the idea for a Jewish deli came naturally.

“Pastrami is spicy, pastrami is smoky, pastrami is really a strange thing to have made,” said Barr, who cuts and brines his own meats every day. “I like to think that pastrami harkens back to some older day — it’s an aggressively seasoned food that doesn’t exist elsewhere in Ashkenazi cooking.”

Ever the chef, Barr admits his matzoh ball soup is less the typical “Jewish penicillin” and more inspired by the likes of good ramen and Vietnamese pho.

“My matzoh ball soup goes beyond comfort food,” Barr said, but declined to reveal any of the special ingredients. 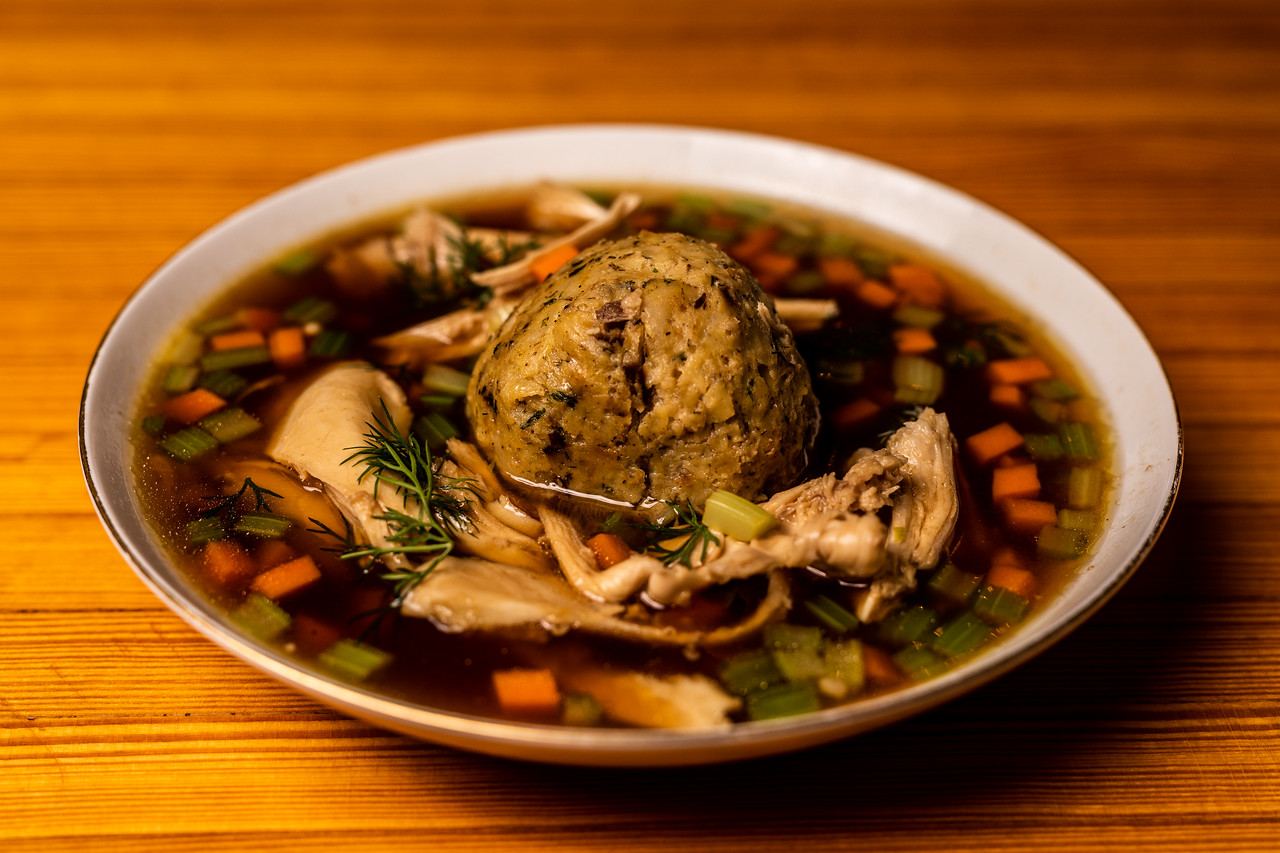 The truck will debut at Commonplace Coffee Voluto in Garfield on Nov. 18. On Nov. 19, it’s in Bakery Square, and on Nov. 20, in Grove City. It will be in Wexford on Nov. 21. The truck’s website and Instagram feed are stuffed with locations. Barr estimates he already is booked through March.

He is characteristically full of self-deprecating Jewish humor about expectations for the debut.

“If you see somebody having a panic attack in the truck,” Barr quipped, “just place your order and don’t worry.” PJC