The High Holiday season calls for introspection and, for one Pittsburgh visitor, the process means assisting others regardless of their faith.

Founded by Kerzin, AIMI is a Pittsburgh-based nonprofit committed to reducing burnout and depression experienced by medical professionals. The Institute works with 18,000 UPMC nurses as well as government officials, educators and neighborhood groups, Kerzin said. The AIMI’s philosophies are disseminated through Kerzin’s writings, lectures and compassion-
focused curricula.

In 2021, former Pittsburgh Mayor Bill Peduto thanked Kerzin for establishing AIMI’s headquarters in Pittsburgh and enabling the city to work toward “creating a Pittsburgh that is compassionate and altruistic for all.” The institute’s work, Peduto said in a statement, will provide those in “public-facing fields” with the tools to avoid burnout.

Today’s professionals are experiencing a catastrophic state, according to several national and international authorities.

In May, Surgeon General Vivek Murthy issued an advisory, writing, “the pandemic has accelerated the mental health and burnout crisis that is now affecting not only health workers, but the communities they serve.”

The World Health Organization shared a similarly alarming finding and noted, “among health workers, exhaustion has been a major trigger for suicidal thinking.”

The pandemic generated “a lot of reset in people’s psychology,” Kerzin said.

Where AIMI comes in, he explained, is that it seeks to improve people’s happiness, tolerance and understanding through several mechanisms, including by exercising “emotional hygiene.”

As it implies, by “cleaning up our junk,” people can learn how to transform anger into tolerance, jealousy into appreciation, and pride or arrogance into humility. Likewise, individuals can achieve improvement and “healthy self-confidence,” Kerzin said, by recognizing and reducing personally disparaging behavior. 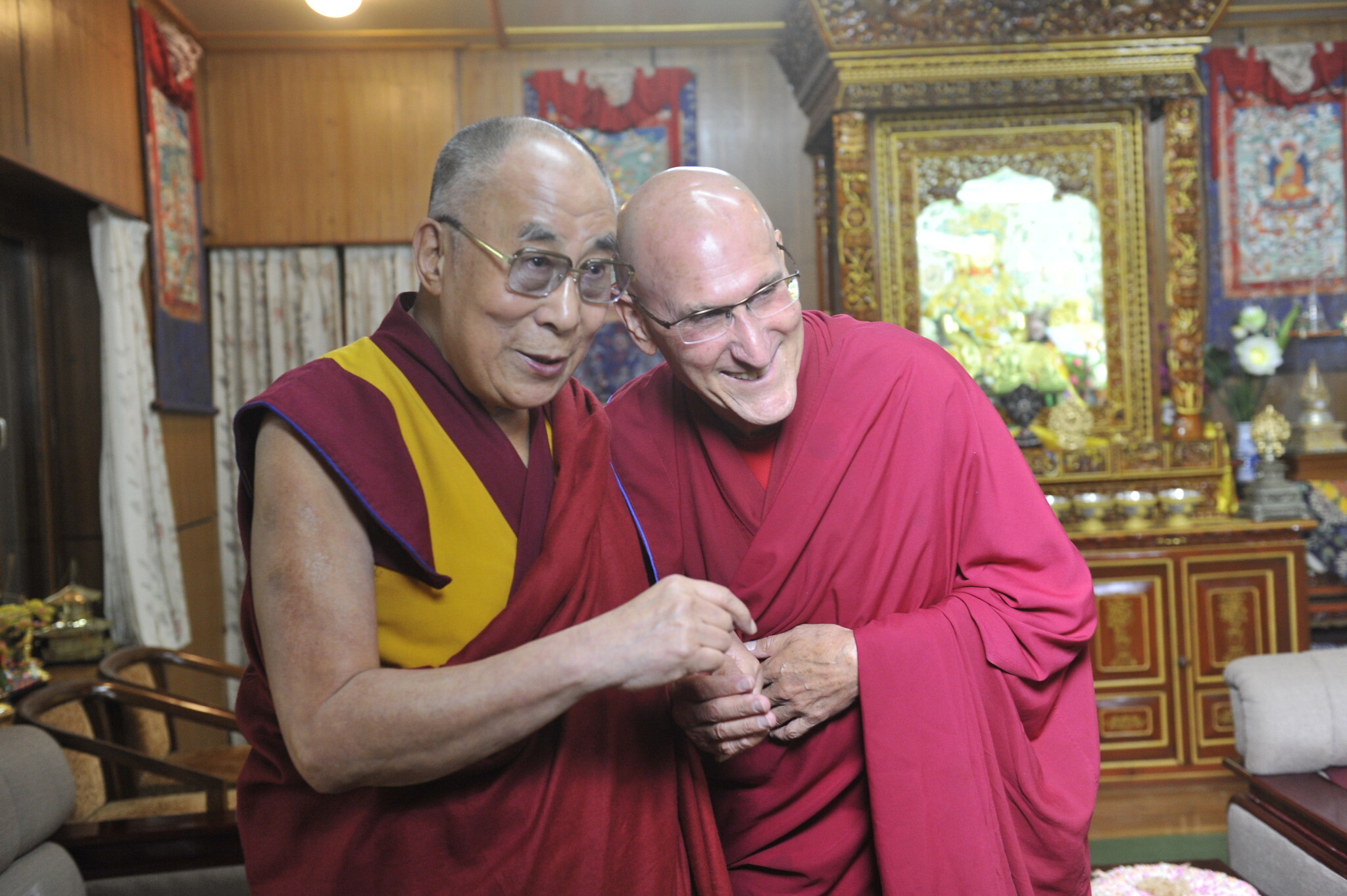 Kerzin’s understanding and approach reflect years of travel and study.

He grew up in southern California in what he described as “a very open-minded liberal Reform Jewish family.”

Within Kerzin’s family, ritual wasn’t stressed. Instead, “it was more important to be a good human being,” he said.

Thirty-three years ago, Kerzin went to India to help Tibetan doctors with research. A year later, he wasn’t ready to leave.

“I started studying more Buddhism and doing meditation,” he said. “I found that the philosophy and psychology of Eastern traditions, particularly Buddhism, kind of resonated with a deeper core of my being.”

Kerzin’s attraction to Buddhism eventually led him to become a Tibetan monk. Even so, Kerzin maintains his Jewish connections.

When asked about identifying as both a Buddhist and cultural Jew, Kerzin said that he doesn’t feel much tension at all thanks to his approach to silence.

When Kerzin speaks of silence, he isn’t referring to a simple absence of speech: “It’s also a silence of the mind,” he said. “When you not only are silent verbally but you're also silent mentally, then you can be in a nonjudgmental observation mode. That can be extremely transformative and healing.”

Since 2015, Kerzin has come to Pittsburgh once or twice a year. Each visit spans about a month, he said.

Despite his current Pittsburgh stay nearing an end, he hopes to continue reaching people online, through his teachings and AIMI.

Collectively, those efforts should remind medical professionals and others about the importance of “unconditional compassion and love,” he said. “It’s an attitude that when practiced excludes no one … We all want to be happy, and none of us want to have pain.” PJC