The Jewish stand-up and former “Saturday Night Live” cast member has been following the rising number of antisemitic attacks worldwide, and the recent Hamas rocket fire into Israel. Lovitz, an Emmy-nominated actor, singer and comedian, acknowledged he isn’t an expert on Middle Eastern affairs but, at 63, he understands certain things about his fellow Jews and the way Israel is covered by the media.

Speaking by phone from Los Angeles, days before arriving in Pittsburgh for Steel City Con, Lovitz discussed his Jewish upbringing, his faith, and a pivotal trip to Israel.

Jon Lovitz grew up in Tarzana, a suburban neighborhood of Los Angeles. When he was 8, he recalled, Rabbi Morton Bauman, the former leader of Temple Beth Hillel in North Hollywood, was asked, “What is God?” The rabbi replied, “That little voice in your head. You know what’s right, what’s wrong. Listen to that. That’s God.”

“I didn’t know what it meant at the time,” Lovitz told the Chronicle. “He was saying God is in everyone. It’s an idea, life. That’s why the Jews always go ‘l’chaim, l’chaim, to life.’”

Lovitz’s early introduction to Jewish learning was followed by years of varying formal Jewish engagement. He said he was raised Reform and wasn’t bar mitzvahed, but at 15 he was confirmed at Temple Judea in Tarzana. 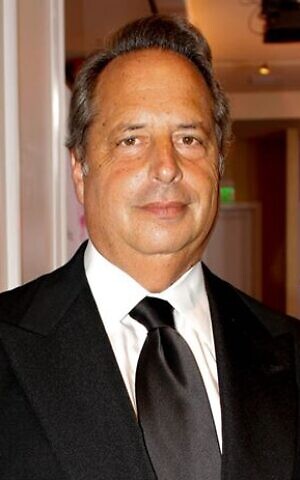 He said he didn’t start thinking about religiosity, though, until entering show business decades later when he saw how much lying there was in the industry.

“I didn’t know what was true or not,” Lovitz said. “They would say, ‘It’s just business,’ and I would see best friends screw each other over.”

“I really realized what the religion was about,” he said. “And I always felt like I wasn’t very religious but…I realized I am.”

Even so, there’s a lot of misunderstanding when it comes to Judaism and Jews, said Lovitz, and much of it has to do with nomenclature, particularly the reference in Deuteronomy to Jews being “chosen.”

“‘Chosen’ doesn’t mean that Jewish people are better than everyone else,” Lovitz said. Rather, he believes, “‘Chosen’ means that “you have to choose to believe,” and, to be “chosen” one must respect all people — regardless of their background — plants, animals and life itself.

“You have to choose to do the right thing in any moral situation,” he continued. “That’s what it means to be the chosen people.”

While a misunderstanding of chosenness has contributed to antisemitism, Lovitz also blames the media’s portrayal of Israel.

“I’m in my 60s now, but a lot of Jews, like 40 and less, they have no clue about the history,” he said. “They don’t know what happened and why. They believe the propaganda, that people just went in and took the land.”

He credits much of his insight to a 1978 trip to the Jewish state he took when he was 20 with his friend David Kudrow (actress Lisa Kudrow’s brother), that they added onto a backtracking trip across Europe. 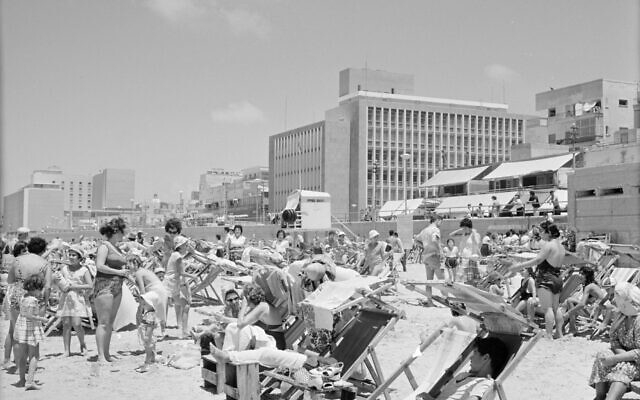 After landing at Ben Gurion Airport, Lovitz called home. He told his father he was in Israel and wanted to connect with relatives in Tel Aviv — whom neither he nor his father had ever met. When he phoned the relatives, the man on the other end of the line immediately asked for his location and told Lovitz that he’d pick him up.

The problem, Lovitz said, was that neither knew what the other looked like.

“Cars would stop, and people would get out, and my friend David would go, ‘Is that him?’ and I would go, ‘No.’ Anyway about 20 minutes later a guy gets out of his car looking around, I look at David, and I go, ‘That’s him,’” said Lovitz.

Not only did the driver resemble Lovitz’s father and uncle, he looked like a photograph of Lovitz’s great-grandmother that hung in the hallway of Lovitz’s childhood home. The man, who was Lovitz’s father’s first cousin, then introduced Lovitz to a 75-year-old woman who was waiting to see the young American. Family members explained the connection: When the woman was 4 years old, her brother, Feivel Ianculovici, left Romania for the United States. Now, more than 65 years later, her brother’s grandson was seated before her.

The trip was formative, he said.

“I remember getting off the plane, and of course I’d never been there, and I just felt like I belonged,” he said. “I kissed the ground at the airport. I just did it and then I went and prayed at the Wailing Wall, and I’m not religious, but I did. I got this rush of energy, it was amazing.”

Decades have passed since Lovitz’s trip. Since then he’s gone on to play “Tommy Flanagan, The Pathological Liar,” “Master Thespian” and “Hanukkah Harry” on SNL and appear in movies, including “A League of Their Own,” “Coneheads,” “The Wedding Singer” and “Rat Race.” His long list of television credits include “Seinfeld,” “The Critic,” “Friends” and “The Simpsons.”

He remains focused on his career but at this moment he is cognizant of his place within Jewish history and his relationship to Israel.

“This whole generation of people that are Jewish and are ‘anti-,’ they don’t know what’s going on and it’s a problem,” he said. “Do I really know what’s going on there? No, but neither does anybody in America. You have to go there and find out to see what’s really going on.” PJC