Ever since suiting up in a white chef’s costume, standing behind a counter and uttering the iconic line, “No soup for you!,” Larry Thomas has been established in pop-culture lore as the Soup Nazi.

Thomas, a Brooklyn-born actor who rose to fame in 1995 after appearing as the glacial character on NBC’s “Seinfeld,” said people often asked him what his Jewish mother thought about her son being best known as a character referred to as a kind of “Nazi.”

“She had a banner on her kitchen wall that said, ‘Soup Nazi’s Mom’ for 20 years,” said Thomas, 64, speaking by phone from his home in Los Angeles. “I think she gets the joke.”

Thomas (born Laurence Tomashoff) will be at the Monroeville Convention Center this weekend, June 11-13, for Steel City Con, one of the largest comic cons in the U.S., featuring dozens of television and film celebrities. 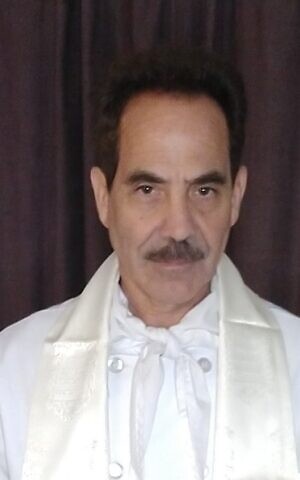 In 2014, Thomas self-published a book, “Confessions of a Soup Nazi: An Adventure in Acting and Cooking,” and in the 25 years since the “Soup Nazi” episode first aired, Thomas has reprised the role several times. He appeared alongside Jerry Seinfeld in a 2012 Acura commercial, and in 2015 he dressed in character for a Pepsi Max commercial pairing Israeli street food and American pop culture.

When Thomas was offered the Pepsi Max spot, which required a week of filming in Tel Aviv, he agreed — but with one demand: He insisted on bringing along his mother, whose “one-item bucket list,” he said, was to see Israel before she died. Thanks to Thomas, and his commercial for Pepsi Max, his mom, Dorine Tomashoff, celebrated her 86th birthday in the Jewish state.

“I became the best son in the world, for a summer,” he said.

Thomas had spent 18 years trying to make it in as an actor before getting a callback from “Seinfeld” to play the Soup Nazi. At that point, he said, his career “was in an iron lung at best.”

“I think the biggest play I had done I wrote myself just because my friends were complaining that they weren’t getting cast in anything, and I said, ‘Well, if you guys want to do a play, I’ll write one,’” he said.

Fortunately, Thomas said, he had a steady day job as a court investigator and a bail bondsman.

“I spent four days a week roaming around LA and Orange County,” he said. “If I needed to go to an audition for a commercial, or if I needed to attend a play rehearsal during the day, I could do it and still run off and just work extra fast at my job and still get my work done.”

Thomas recently reached out to Seinfeld to thank him again for jump starting his career.

“It’s just amazing to me,” Thomas said. “I didn’t expect my career to go this way.” 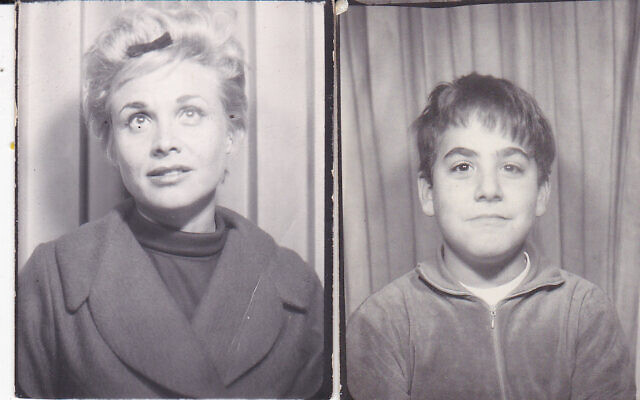 Along with Seinfeld, and the many people who worked on the eponymous show, Thomas said he remains grateful to his late mother, who was a single working mom during a challenging time in this country’s history.

Before passage of the Equal Credit Opportunity Act in 1974, which made it illegal to discriminate against someone based on their gender, race, religion or national origin, it was difficult for women to get credit and personal loans; all throughout the 1960s, whenever Dorine Tomashoff needed a car, she had to purchase one with cash, Thomas said.

“We had a ‘49 Plymouth with no back windows in it,” he recalled. “She would throw a blanket over my sister and I when it would be snowing.”

After her divorce from Thomas’ father, having grown tired of New York winters, Dorine and her children moved to Sherman Oaks, a San Fernando Valley neighborhood in Southern California.

“My dad had taken off, and she couldn’t afford any kind of neighborhood that was nice, or expensive, so we lived in the poor neighborhood,” Thomas said. Still, “she made sure that I was on a bus, twice a week, and went to Hebrew school after regular school, which was so odd to all my friends because there weren’t many Jewish children in the area.” 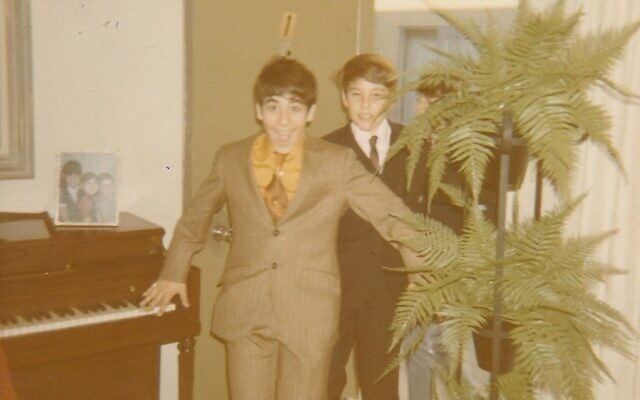 When Thomas turned 13, he celebrated his bar mitzvah, dressed in a brown suit — the first suit he ever owned — that his mother purchased, and he read a portion of the haftarah during services at Temple Judea, in Tarzana, California. Following the kiddush, a reception was held in an apartment belonging to one of Dorine’s friends.

“Most of the kids that I was friends with on the block and in the alley were not Jewish kids, so they all came to the reception. And it was really funny,” said Thomas. “I have a lot of photographs from it, me and all the non-Jewish kids at my bar mitzvah reception.”

Thomas valued becoming a bar mitzvah, he said, but as time passed, he slowly moved away from formal Jewish life. 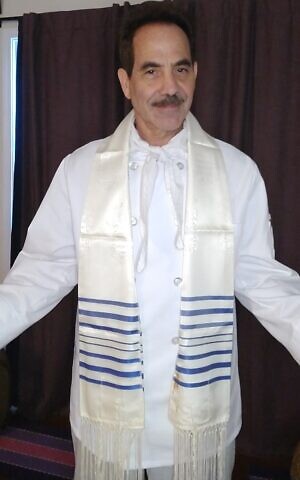 “I forgot the alphabet and the part of the language I learned to read my haftarah,” he said. “It was very strange. I didn’t do it intentionally. But life just went on as a teenager, and the important things sort of came up, like girls and work.”

It wasn’t until traveling to Israel, more than 40 years later for the Pepsi Max commercial, that Thomas realized how much he’d forgotten. Listening to people on set shout commands in Hebrew, and then have to repeat them in English for Thomas’ sake, was embarrassing, he said.

“I once spoke the language and didn’t remember it anymore,” said Thomas. “I apologized to all these young people that I was working with, and they said, ‘No, that’s understandable.’”

Although Thomas can no longer recall his earlier Hebrew studies, he still clings to a few words — and a cherished possession. Apart from being able to say, “No soup for you!” in Hebrew, four years ago, he had a safe installed, a place to keep “real valuables,” he said.

Inside the safe is a dark blue velvet bag containing the tallis he wore on his bar mitzvah.

“I just decided that was the first thing that went in there,” he said. “And isn’t that interesting?” PJC