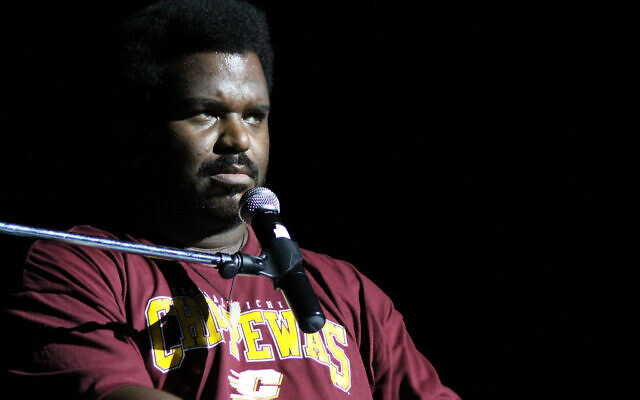 "Craig Robinson" by JSmith Photo is licensed under CC BY-ND 2.0

Craig Robinson and Avi Liberman are showcasing a new act, but the jokes have been brewing for 15 years.

In 2006, Liberman brought Robinson — who had begun his run as Darryl Philbin on NBC’s award-winning sitcom “The Office” the year before — and other comedians on a 12-day tour of Israel. Along with performing multiple sets across Israel, the comedians toured Jerusalem, Tel Aviv, Masada and numerous holy sites.

The trip, which supported the Koby Mandell Foundation, was “incredible,” said Robinson, speaking by phone from Chicago.

“There was so much going on,” he said. “It was one of the most eye-opening, beautiful trips I‘ve ever had.”

The Koby Mandell Foundation provides support to family members of loved ones lost to acts of terror.

Robinson, who went on to appear in other television shows, including “Brooklyn Nine-Nine,” “What We Do in the Shadows” and “American Dad!” after “The Office” ended in 2013, said his interactions with Israelis gave him perspective.

“They’re a serious people — it’s interesting to see 17-year-old kids, 18-year-old kids, walking around with these gigantic guns in just regular clothes,” he said. “That was one of the most interesting things. I think everybody is packing in Israel.”

Besides providing insight into Israeli culture, the trip also gave the actor and comedian new material.

Riffing on various Israeli cities, Robinson said, “These names sound like Black children — ‘Raanana, get down here. Hashmonaim, I’m not playing with you.’”

Robinson, whose film credits include the “Hot Tub Time Machine” movies, “This is the End,” “Morris from America,” “An Evening with Beverly Luff Linn” and “Dolemite Is My Name,” credited Liberman with helping craft their upcoming June 10 comedy act, which was tailored specifically for Pittsburgh’s Jewish community.

The prerecorded performance will be screened at a drive-in style event at Station Square, hosted by the Jewish Federation of Greater Pittsburgh. 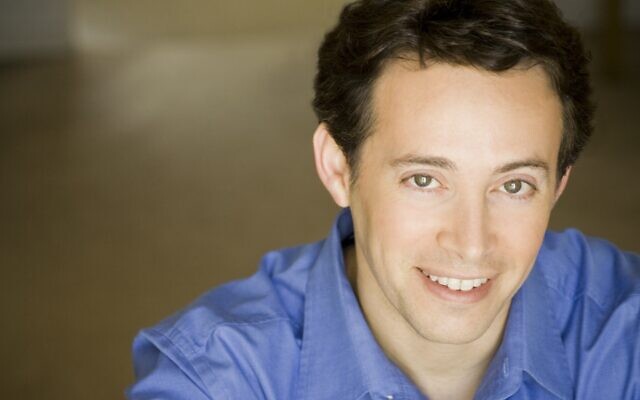 Liberman was born in Israel and raised in Texas. He spoke with the Chronicle while rehabilitating in Houston, having sustained serious injuries during a recent car accident.

Working with Robinson, he said, was a dream.

“Here’s the beauty — when someone’s funny that’s obviously great, but when they’re funny and also one of the nicest people on the planet, it’s an extra bonus,” said Liberman. “Because he had such a good time in Israel, he’s sort of willing to help out the Jewish community when he can.”

Several months ago, Liberman invited Robinson to join him in taping the performance for the Pittsburgh Jewish community. The challenge during the pandemic, however, was having to do their acts without a live audience. Despite that — and a demanding Hollywood schedule — Robinson agreed immediately.

“He really makes an effort to help, and he’s just such a nice guy,” said Liberman. “He’s so funny and so engaging.”

Robinson contacted The Laugh Factory in Los Angeles, California, and he and Liberman recorded a set over the course of an afternoon.

Liberman said that even with just a few Laugh Factory employees walking around during the taping, “The beauty of it is that Craig and I had fun together on stage, we could play off each other.”

Robinson said he hopes the community enjoys the performance as much as he and Liberman enjoyed filming it.

“It was fun and it’s for y’all, so just go in expecting a cereal bowl of love and take bites as you go,” he said. PJC