Zoe Skirboll, 16, a Jewish Aspinwall native and Fox Chapel High School junior, knows exactly how long she felt like a fish out of water: seven weeks.

The champion swimmer, a Team USA hopeful who qualified for the Olympic trials, had to stop training in pools due to the pandemic — a hiatus that made her appreciate swimming in a new way.

“Taking that little break honestly made me realize how special the sport was, and how much it meant to me, and how big a part it is in my life,” said Zoe.

But the time away from the water wasn’t exactly a vacation: Zoe worked hard on dry-land exercises to maintain fitness and develop strength.

Zoe’s ability to “bounce back and swim these unbelievable times” is a testament to “how tough swimmers are,” said Skirboll. “I think it's remarkable how some of these kids are handling this situation. I'm not sure if I could do that when I was 16.”

Zoe’s life, like that of many teenagers, is an amalgam of friends, school and planning for what comes next. And then there’s swimming.

“I like to sometimes keep my swimming life separate so I don't really get overwhelmed by swimming,” she said. “Swimming can take a really big toll on your mental health, especially during practices. It's a really hard sport and you have to be mentally tough in it. I feel like just taking some breaks from it, like on the weekends, and just being with my friends and them helping me through, it is always great.” 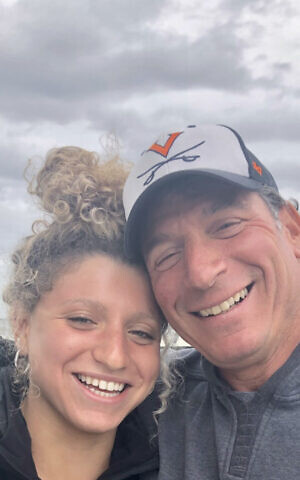 Her father, who swam at Ohio University and heads Racer X Aquatics, structured Zoe’s early workouts around form rather than distance. By middle school she was recognized as a prodigious swimmer. In 2015, as a fifth-grader, Zoe set her first of five national age group records by swimming the 100-meter freestyle in less than a minute. One day after that she set a new record in the girls’ 10-and-under 100-meter freestyle. Later, she became the second 10-year-old girl in history to swim the 50-meter freestyle in 24.90 seconds.

During her freshman year at Fox Chapel, Zoe won a WPIAL (Western Pennsylvania Interscholastic Athletic League) title in the 100-meter breaststroke and a championship in the 200 individual medley. Before her sophomore season, Zoe decided to forgo swimming with Fox Chapel and focus solely on the Olympic trials, a decision that took her to Palo Alto, California, for the Phillips 66 National Championships in 2019.

Her father couldn’t be any more proud.

“It's just great seeing what your work and your own blood does,” he said. “It’s very special.”

Four months remain until the Olympic trials, and Zoe’s future is filled with other meets and opportunities. She is ranked 15 on SwimSwam.com’s list of 2022 recruits, and last August verbally committed to the University of Virginia, a powerhouse that’s won 11 Atlantic Coast Conference championships since 2008 and included 2016 Olympic gold and bronze medalist Leah Smith, a Pittsburgh native who formerly swam for Pittsburgh’s JCC Sailfish.

Zoe is relishing the chance to swim with the UVA Cavaliers under coach Todd DeSorbo, but for now is focused on more immediate matters — as is her father.

“I'm sure a lot of dads, if they coach their kids, they can relate to it,” said Jim. “The swimming career might last for me and Zoe maybe another year or two, then she’ll go to the University of Virginia, but the bond we have will last a lifetime.” PJC