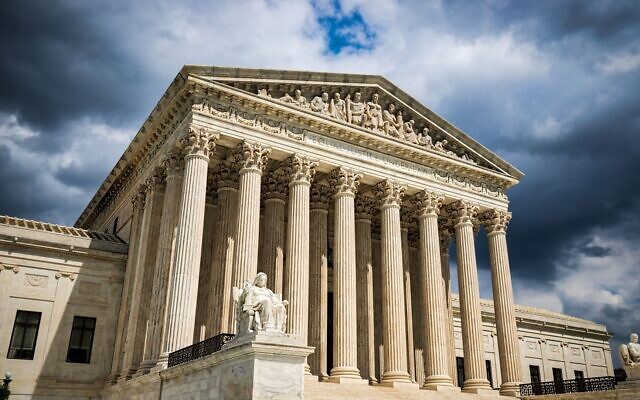 The front of the US Supreme Court building in Washington, DC. Photo by Bill Chizek

Holocaust victims and their heirs asked the U.S. Supreme Court on Dec. 7 whether U.S. courts can give restitution for theft occurring abroad prior to and during World War II. The two cases, which pit survivors and their descendants against the governments of Hungary and Germany, concern artwork and other property stolen by the Nazis.

In Republic of Hungary v. Simon, 14 Holocaust survivors, four of whom are now U.S. citizens, seek compensation from Hungary and its state-owned railway for theft committed during transportation to Auschwitz and other concentration camps.

In Republic of Germany v. Philipp, three heirs of German-Jewish art dealers claim that in 1935, their forebears were forced to sell the Welfenschatz — a collection of medieval Christian reliquaries and other devotional pieces — to Nazis for a price lower than its value. The Welfenschatz is currently estimated to be worth $250 million and is held at the Bode Museum in Berlin.

Both cases are about “getting justice for Holocaust survivors,” said attorney Arthur Traldi.

“These are people who have not gotten restitution for things that were taken from them close to a century ago, and who deserve it.” 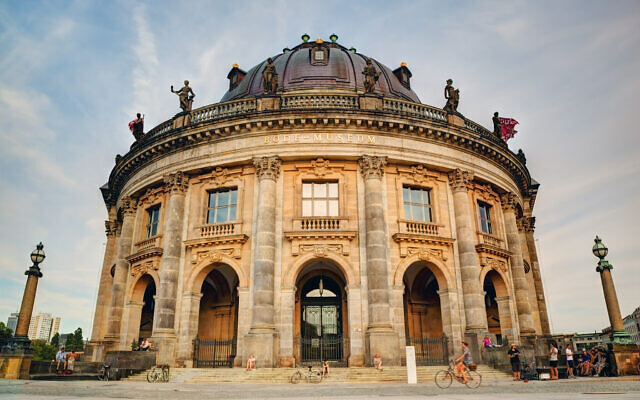 The Welfenschatz is currently exhibited at the Bode Museum on the Museum Island in Berlin, Germany. Photo by NiseriN

Traldi, and a team of lawyers representing the American Association of Jewish Lawyers and Jurists, and other groups, including the Jerusalem Institute for Justice and Hadassah Women’s Zionist Organization of America, filed amicus briefs arguing that looting was integral to the genocide of Jews during the Holocaust and therefore constitutes a taking in violation of international law.

Foreign states are generally protected from suit in U.S. courts. However, according to the Foreign Sovereign Immunities Act, there is an exception for expropriation of property taken in violation of international law.

The survivors in the Hungary case, and the heirs in the Germany case, claim that because their belongings were taken in violation of international law, the FSIA provides U.S. courts with jurisdiction. The Trump administration disagrees and filed briefs supporting the Hungarian and German governments’ claim that the FSIA exception does not apply.

The nine U.S. justices are currently considering several issues regarding the FSIA: In the Germany case, the Supreme Court is deciding what the FSIA’s expropriation exception means and whether that exception includes Holocaust takings. In both the Germany case and Hungary case, the Supreme Court is determining whether the FSIA precludes U.S. courts from considering issues like comity (mutual recognition by political, national and judicial entities): Specifically, even though the taking of property may trigger the FSIA’s expropriation exception and nullify a foreign state’s immunity, do other factors outweigh a plaintiff’s ability to bring suit in the United States?

Prior to adopting the FSIA in 1976, Congress worked with foreign policy experts and international lawyers for three years. Codifying the FSIA establishes clear protocols for when plaintiffs can bring suit against foreign states in U.S. courts and demonstrates a renunciation of judicial decision-making on a case-by-case basis, said David Jacobson, a Pittsburgh-based attorney who joined Traldi in authoring the briefs.

In addition to the legal justification for these cases going before the U.S. Supreme Court, there’s another interest at play, said Traldi, who clerked for Justice Debra Todd of the Pennsylvania Supreme Court, then went on to work at the International Criminal Tribunal for Rwanda, and later at the International Criminal Tribunal for the former Yugoslavia as Trial Attorney in the Office of the Prosecutor.

“I think there's something really fundamentally American about seeing victims, underdogs, survivors of terrible crimes, get their day in court and seeing them get a fair shake,” he said.

“There are still wrongs that have yet to be rectified,” Jacobson said. “Although Germany and other countries have done a lot to promote restitution since World War II, there are still areas that need to be addressed.” 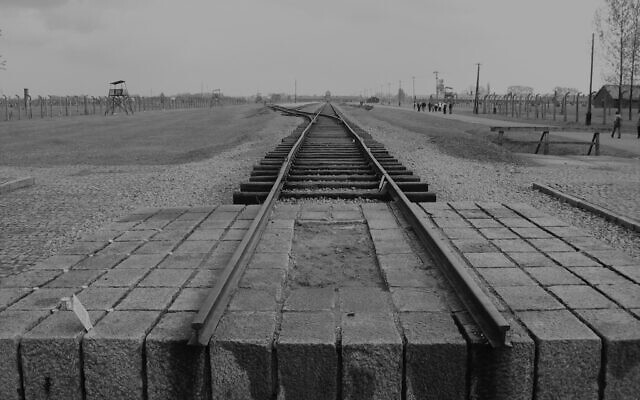 Oswiecim, Poland on May 6, 2005: These rails led to the Auschwitz extermination camp, where approximately 1.1 million people were murdered. Photo by Adam Reinherz

Prior to the Dec. 7 oral arguments, which were delivered by phone due to the pandemic, lawyers for the German government claimed that Germany has provided mechanisms for mediation and restitution, and pointed to the work of the German Advisory Commission, which after reviewing material regarding the Welfenschatz determined the 1935 sale did not justify return.

Heirs of the art dealers counter that despite the German government’s general efforts to address the horrors of the Holocaust, neither the Advisory Commission nor German courts have provided adequate recourse regarding the Welfenschatz, and for that reason, U.S. courts are the necessary venue for adjudication.

During the Dec. 7 oral arguments, Justice Stephen Breyer noted the precedent that could be established if such claims are allowed to proceed, and the cases that could flow from that precedent against the U.S.

“You can have slavery involving property,” he said. “You can have systematic discrimination. You can have cruel and unhuman degrading treatment. I mean, the list goes on and on of what violates international law. And many of them involve property. And if we can bring these kinds of actions here, well, so can these other countries do the same and accuse us.”

Whether it’s the internment of Japanese people during World War II, slavery of African Americans or forced labor of railroad workers in the 19th century, there’s a list of potential claims that could be brought against the United States, and this is something serious to consider, continued Breyer.

Nonetheless, Congress made clear, through its drafting of the FSIA, that certain exceptions to foreign immunity exist. Because Hungary and Germany’s actions fall within those exceptions, and, given the United States’ continued commitment since Nuremberg to rectifying Holocaust-era ills, the court should permit the plaintiffs’ claims to seek restitution in U.S. courts, said Jacobson.

“The events transpired long ago, but these are still significant wrongs,” he said. “If the Supreme Court closes its doors now, there may be no way for these people to seek recovery.”

The Supreme Court is expected to issue its decision later this term. PJC