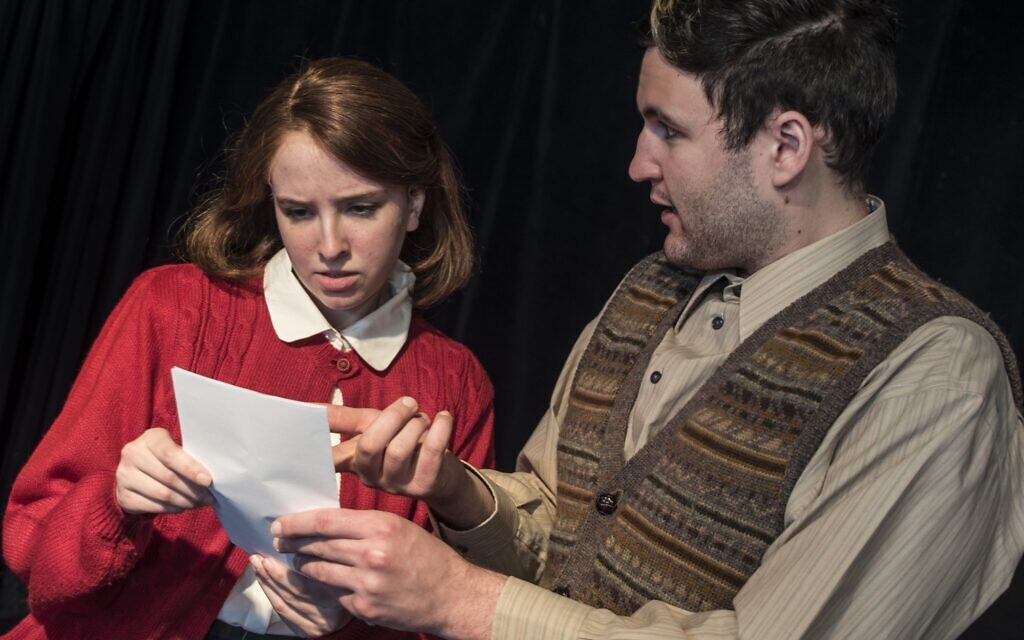 The Holocaust Center of Pittsburgh is again partnering with a local theater company to spread awareness about the dangers of genocide.

Pittsburgh’s Prime Stage Theatre is teaming with the Holocaust Center to stage a virtual production of “The White Rose” for Genocide Awareness and Prevention Month, paired with a “global discussion” of the play’s theme and content via Zoom. The two organizations worked together last year on a production related to the Rwandan genocide.

“‘The White Rose’ is based on a true story,” said Wayne Brinda, Prime Stage’s producing artistic director. “This is really giving young people the inspiration to say, ‘When you see something that doesn’t feel right, speak up.’”

The performance dramatizes the life of a 21-year-old German university student, Sophie Scholl, who was murdered during World War II for her anti-Nazi activities with the underground resistance group The White Rose. Scholl, her brother Hans and their friends Christoph Probst, Alexander Schmorell and Willie Graf — college students — and Professor Kurt Huber were the driving forces behind their resistance group speaking out against Adolf Hitler and his regime, according to Prime Stage staff.

The play will be recorded during its first performance and available for streaming from April 24 through May 8 for those who purchase tickets.

Brinda said his company, which is in its 25th season, approached Wisconsin-based playwright James DeVita about doing a one-act version of his play about The White Rose. The six-actor show is being supervised by Wolfgang Huber, the German son of the university professor who was part of The White Rose group.

Between 1941 and 1945, Nazi Germany and its collaborators systematically murdered 6 million Jews across German-occupied Europe — around two-thirds of Europe’s Jewish population. In the summer of 1942, leaflets calling for resistance against the Nazi regime began appearing around Munich. Soon they began appearing in other cities around the country. It was some of the first overt resistance against the Nazi regime, acts which, at a time of war, were considered high treason.

“[White Rose members] are definitely known as heroes of the Holocaust,” said Lauren Bairnsfather, director of the Holocaust Center of Pittsburgh. “The humanity of all of these experiences shines through.”

The production will include a free online event featuring dialogue between director Art DeConciliis, artist Marcel Walker and writer Wayne Wise, each of whom have told the story of The White Rose through artistic media. These creatives will discuss the process of depicting The White Rose, why it continues to inspire audiences and the importance of sharing the story with future generations. Bairnsfather and Brinda will host the conversation, which will take place virtually at 1 p.m. on April 24. It is free and open to the public.

Screenings of the play also will reach students in South Africa, Poland and Israel, in part thanks to the Jewish Federation of Greater Pittsburgh’s Partnership2Together program.

“Unfortunately, it’s timely,” Brinda said. “We want this to get to as many people as it can get to.”