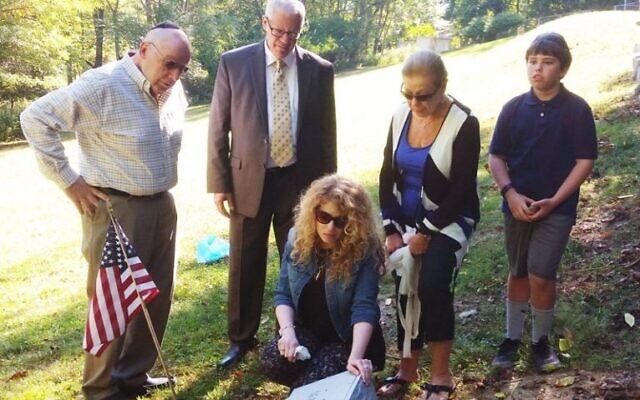 Ensuring each Jew receives a proper Jewish burial, regardless of their status in society or financial means, is a concept that has been well-established for centuries.

“It’s a very beautiful thing,” said Rabbi Eli Seidman, who has led burial rites and read from the Psalms at free burials in the Pittsburgh area for the past three years. “It is a very touching moment, thanks to the work of the Jewish Cemetery and Burial Association. And it’s something not a lot of people are aware of.”

The Jewish Cemetery and Burial Association of Greater Pittsburgh is one of many agencies in the U.S. and abroad that provides qualified Jews with free burials after customary paperwork and screening. JCBA will honor that tradition next week by unveiling headstones of those buried since 2019’s High Holidays at its Chesed Shel Emeth cemetery in Shaler Township.

All proper precautions are being taken to respect social distancing and keep the ceremony safe in the age of COVID-19, according to the JCBA.

Chesed Shel Emeth, which is home to about 600 graves, dates back some 150 years. The former Hebrew Burial Association — also known as Chesed Shel Emeth, named for its “ultimate kindness,” Seidman said — was organized in 1853 to provide Orthodox burials for the deceased of “indigent families,” according to the JCBA.

The “old cemetery,” located on Seavey Road in Shaler Township, ceased being used in the 1920s, said Barry Rudel, JCBA’s executive director. It was a sign of the Jewish community’s dedication to the concept of the free burial that the founding of the cemetery did not lag far behind the founding of congregations in Pittsburgh.

“The community, right away, found reason to set aside ground not only for burial, but for free burial,” Rudel said.

A “new cemetery” bearing the same name was purchased on Oakwood Street in Shaler Township, near what it is now Shaler High School, said Jonathan Schachter, JCBA administrator. It has been in use since its first burial took place in January 1918.

“It’s about our calling to an age-old mission to provide the free burials to the needy,” said Schachter, who has worked with the JCBA since about 2006. “If someone lacks the means to provide a proper Jewish burial, that’s when our organization steps in.”

Some years passed without a service at Chesed Shel Emeth, Schachter said. This year, only one headstone will be unveiled; it’s for a woman whose case was brought to the attention of the JCBA by an area rabbi, Schachter said.

The free burial service offered by the JCBA is comprehensive. Seidman leads prayers, which he customizes to the deceased, as he would at any other funeral, and other services are provided by Ralph Schugar Chapel, Inc. in Shadyside. The headstones, all of which are intended to look similar, are donated by Urbach Memorials, which also is based in Shadyside.

“It’s a mark of society to take care of its own,” Seidman said. “And that’s what we’re trying to do.” PJC