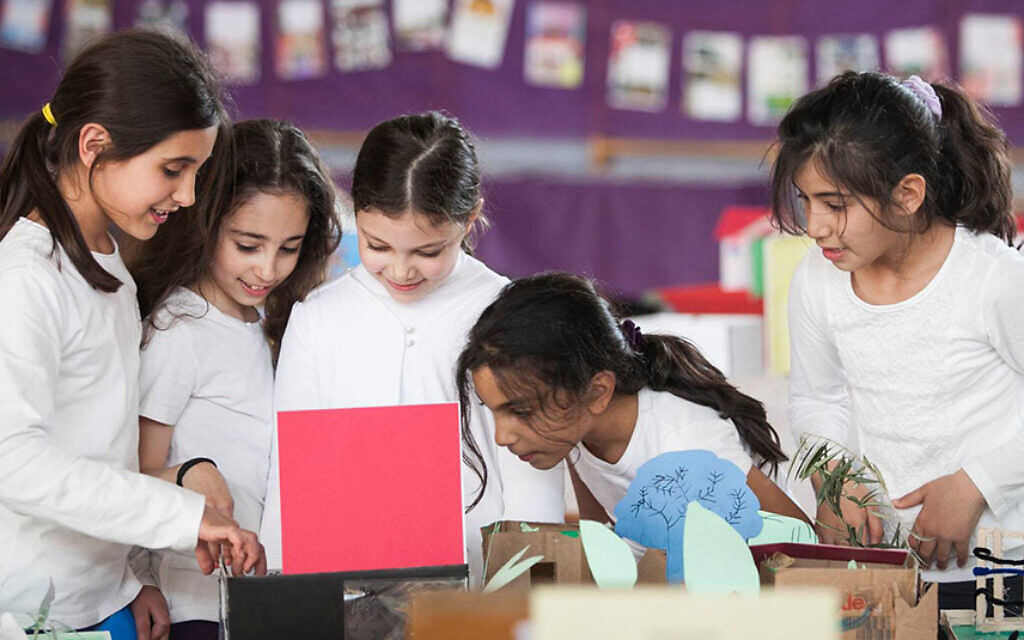 On Feb. 1, Amnesty International released a report accusing Israel of “apartheid against Palestinians.” In a Times of Israel interview, the authors revealed that the first two countries evaluated as apartheid regimes were Myanmar and Israel.

Any nation, including Israel, is subject to criticism; but why would Amnesty International single out Israel for examination among all nations that have been accused of human rights abuses? Antisemitism is a likely answer. The International Holocaust Remembrance Alliance working definition of antisemitism includes “applying double standards by requiring of [Israel] a behavior not expected or demanded of any other democratic nation.” Amnesty International’s biased report goes beyond the scope of criticism of Israel.

In response to this report, the Jewish Federation of Greater Pittsburgh joined numerous organizations in signing Jewish Federations of North America’s letter to the secretary general of the United Nations. Pointing to the constant anti-Israel criticism that the Amnesty International report represents, the letter urges the U.N. to end its open-ended “Independent International Commission of Inquiry on the Occupied Palestinian Territory, Including East Jerusalem, and Israel [COI].” The U.N.’s Human Rights Council focuses 20% of its resolutions against Israel and maintains Israel as a permanent agenda item—exactly the form of antisemitism that falls under the IHRA definition.

The Jewish Federation stands with Israel unequivocally, so signing JFNA’s letter was a natural extension of the extensive work we do to support Israel. While criticism of Israel is not always antisemitic, antisemitism and Israel sadly remain inextricably linked. Our Israel work takes three primary forms, and each one touches on our work to combat antisemitism and to reinforce our unshakable bond with Israel: funding important needs, advocacy and education.

The Federation has funded support for the people of Israel since the early days before independence. This funding intensified as Federations played a critical role in saving Jews from the Holocaust by resettling them to Israel. Federation funding helped resettle more than 800,000 Jewish refugees from Arab and/or majority Muslim countries who fled for their lives after the U.N. approved the establishment of Israel, and those countries responded by attacking Jews within their borders.

Our rescue and resettlement efforts more recently included Israel’s absorption of more than a million former Soviet Jews as well as the immigration of Ethiopian Jewry. The horrifying rise in antisemitism worldwide makes that resettlement still critical today, as Jewish Federation dollars save immigrants fleeing anti-Jewish terror or instability in nations as different as France, Ukraine and Yemen. Our peoplehood is inextricably bonded to Israel, and the nation is currently home to approximately half of the global Jewish population.

Federation’s Israel funding touches a variety of areas linked to antisemitism. Our longtime support for Israel’s Fund for Victims of Terror gives immediate support and psychological relief to civilians injured and families of civilians killed in antisemitic terror attacks as recent as the indiscriminate rockets fired in 2021 by Hamas. Jewish Federation also funds programs designed to reduce antisemitism by fostering shared society between Arabs and Jews in Israel, such as the successful Hand in Hand School that brings together Arab and Jewish students to study and to build connections.

Our education and advocacy programs connect young people to their Jewish identities, preparing them to live in a world with rising antisemitism. Among the demonstrated ways to make these connections, one of the strongest is by exposing people to their Jewish homeland and by building person-to-person connections between Pittsburghers and Israelis. Jewish Federation funds Birthright Israel for first-time Jewish visitors, Onward Israel for summer interns in Israel, and Honeymoon Israel for interfaith couples who want to explore how they will incorporate Judaism into their homes.

Jewish Federation contributes significant dollars to underwrite the Emma Kaufmann Camp’s Staff In Training trip to Israel, the Community Day School eighth-grade trip and every teen trip that might interest young people. Our Campus Ambassadors program trains college students to counter disinformation about Israel, which is often connected to antisemitic movements or people. Jewish Federation links the Jewish communities of Pittsburgh to Warsaw, Poland, and the Karmiel/Misgav region of Israel through Partnership2Gether. All of these programs link Israel, Judaism and identity in a way that relies on our support for Israel.

Just recently, the Federation relaunched our generous Israel scholarship program for teens to travel to Israel, announced our Momentum Israel trip for younger moms, and set the orientation date for our MEGA MISSION for hundreds of local members of our Jewish community in June. While others may work to delegitimize the only Jewish country in world, we are leaning into our relationship. Our fundamental ties to the only Jewish country in the world and our continuing fight to save Jews from antisemitic violence both depend on it. And while others may only speak out in defense of Israel, we act. PJC

Jeffrey Finkelstein is president and CEO of the Jewish Federation of Greater Pittsburgh.