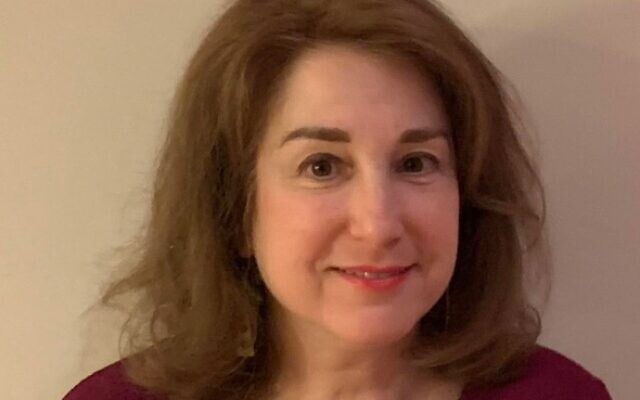 While Jewish mother, author and illustrator Janice Hechter has not yet visited Israel herself, her new children’s picture book, “Adventure Girl: Dabi Digs in Israel” (Alazar Press), transports readers into a world of Israeli culture and archaeological discoveries.

Hechter graduated from Carnegie Mellon University, earning a Bachelor of Fine Arts in illustration. She has fond memories, she said, of studying in the College of Fine Arts buildings on campus and dining at new restaurants throughout Pittsburgh. Following graduation, she worked as a graphic designer and illustrator for various companies.

Hechter, who now lives in Connecticut, has illustrated six previous books, including “The Little Esrog,” “Avi’s Choice,” and “Hooray for Heroes!” Her new book is the first project for which she was both illustrator and writer.
Long fascinated by “the natural intersection” between archaeology and illustration, Hechter attended several archaeology lectures at local colleges and, after realizing there were not many picture books which included archaeology, was inspired to write and illustrate one herself. 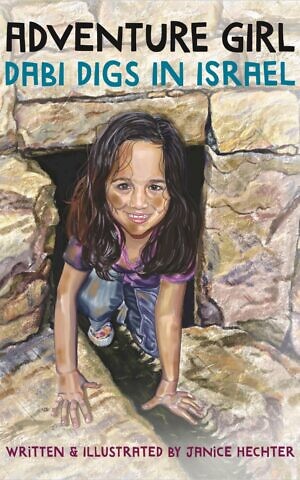 The author chose Israel as the setting for the story due to its rich archaeological history, she said, and hopes “readers come away with a flavor of Israeli culture, while at the same time learning a few Hebrew words.”

“Adventure Girl” follows young Dabi as she visits her grandparents in Israel. Dabi finds a kindred spirit in her aunt Doda Gili and embarks on an adventure to the Beit Guvrin National Park, a UNESCO World Heritage site where children can join an archaeological dig, crawl through caves and explore ancient spaces. At the site, Dabi makes a surprising discovery.

Beit Guvrin is considered one of the top child-friendly dig sites in Israel, is open to children as young as 5 years old, and “has a vast amount of unexcavated caves, and is filled with artifacts which have yet to be discovered,” Hechter said.

“Before I even had the idea of writing this book, I had been intrigued when I read about children in Israel who happened upon important artifacts,” she continued. “Once I decided to write this story, I knew I wanted to incorporate this into the book,” letting her readers know that, “even as children, they can make important discoveries.”

In the book, Dabi is initially disappointed when she is unable to keep the archaeological artifact she discovers. But as she begins to understand the reason behind this Israeli law, she has “already realized the value of her adventure with Doda Gili,” said Hechter.

The story also emphasizes the importance of feminism and defying gender roles, according to the author. Instead of following her parents’ requests for her to act “ladylike” on their family visit, Dabi prefers to explore in the mud. Dabi’s aunt then begins to call her an “adventure girl,” a nickname which Dabi much prefers and repeats throughout the course of the story.

“Dabi keeps getting tagged with labels which are meant to dampen her adventurous spirit and conform to others’ vision of ideal femininity,” said Hechter. “Girls Dabi’s age are so often barraged with images of ‘princesses.’ There are so many children’s books about ‘princesses,’ but very few about girls who enjoy adventure and don’t mind a little dirt. I think it’s time to change that narrative.”

The ultimate message of the book, said Hechter, is to “keep creating and exploring nature, and don’t let others discourage you. Also, if you have only one ally it can make a world of difference.”

Hechter plans to continue writing and illustrating books, she said, and invites readers to keep an eye out for her future work, including more stories with a Jewish theme.

“Adventure Girl: Dabi Digs in Israel” is available in both hardcover and eBook versions, and can be found on amazon.com. PJC