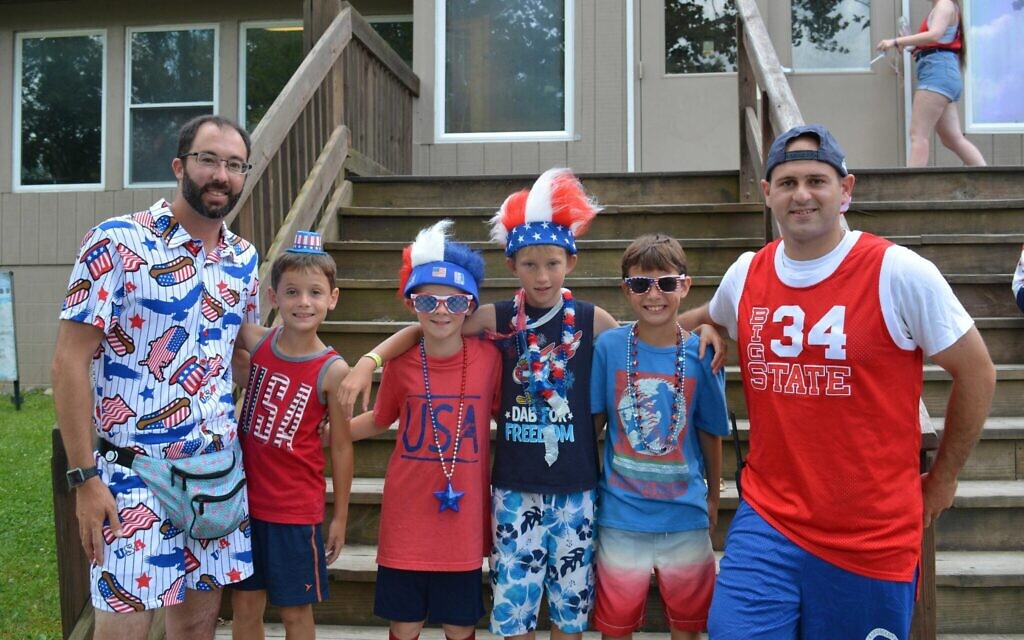 Rabbi Chuck Diamond expected to spend his 46th summer at Camp Ramah in Canada this year. For decades, he has headed up to Utterson, Ontario for one or two weeks each summer as a guest rabbi, doling out lollipops to kids, officiating camp b’nai mitzvot and schmoozing with campers and staff.

But this summer, Ramah Canada cancelled camp due to the pandemic, joining more than 100 other Jewish overnight summer camps in North America that made the same decision.

“It’s a loss,” said Diamond, spiritual leader of Pittsburgh’s Kehillah La La. “Camp is so important to so many of these kids – they count the days until camp. These are friends that they are making for a lifetime, and they look forward to it so much, so it takes a big chunk of their heart that they won’t be able to go.” 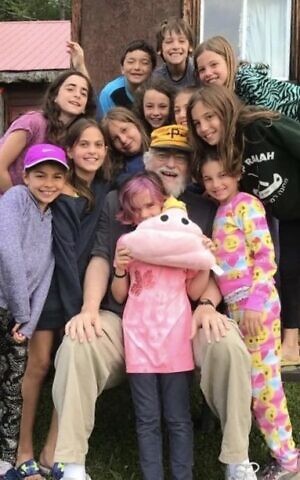 This summer begs some reimagining of what has long been an American Jewish tradition.

“The earlier camps were what we might call ideology camps,” explained Jonathan Sarna, American Jewish history professor at Brandeis University. “The notion was that at camp, you could kind of experience utopia – whatever your version was. You think full-time Yiddish is utopia? There’s a camp for you. Communism? A camp for you. Zionism? A camp for you.

“In the postwar era, we saw a shift from those ideologies, and the big growth came in the different religious movements. Reform, Conservative, Orthodox, Chabad all developed camps with their ideology… The assumption was ‘well, this is what life would look like if you were a full-time Reform Jew or if you were a full-time Orthodox Jew,’ and so on. It can be very valuable to give young people a sense of an alternative lifestyle, a different way of life that you can experience and you may then decide to make your own.”

Many campers do, in fact, decide to incorporate pieces of this “alternative lifestyle” into their own lives and are inspired to engage with Jewish opportunities post-camp. A 2008 study by the Foundation for Jewish Camp found that going to camp is an indicator for Jews to be more involved in an array of Jewish experiences. Adults who attended Jewish camps as children were more likely to go to synagogue, marry a Jew, donate to a Jewish charity, light Shabbat candles and feel attached to Israel.

But Shifra Poznanski and her kids aren’t worried about long-term impacts of one summer without camp.

“Well, like, I don’t miss anything, except I like going swimming,” said 6-year-old Ari. His friends at Hillel Academy’s camp – a day camp, which is running this summer – also go to his school, so a summer without them doesn’t feel like such a loss.

While Poznanski has opted out of sending her children to camp this year, not wanting to take what she sees as an “unnecessary risk,” Lisa Cook has made a different choice. She is sending three of her five kids to camp this summer: Avrumi, 7, and Akiva, 6, are headed to Camp Hillel while Shaindy, 10, is going to the Agudah Midwest Girls camp.

Though Camp Hillel’s indoor field trips might not happen and camp days could be truncated, Cook is glad she can send her kids to places with Jewish programming and friends, giving her some quiet time to work.

“Our kids have never been home for three months straight,” said Cook. “They’ve always done camp or we’ve gone on vacation somewhere. So now it’s like we did three months, and we still have the entire summer. Crazy.”

But the numbers will look different this summer, and Sarna is worried that summers without camp and virtual classes could have a long-term impact on kids’ engagement with Judaism.

For educating kids Jewishly, he explained, the window is short.
“If you’re lucky, it’s a decade,” he said. “Losing a summer or months of Jewish education, if we’re talking about day school or supplementary school, that’s a big percentage. That’s going to have an enormous ripple effect.”

During the Great Depression, many parents could not afford to send their kids to Jewish school, prompting disengagement with Judaism, Sarna noted.

“That generation was the most Jewishly ignorant generation of the 20th century,” he said. “They never made up what they didn’t know.”
Sarna compared then with now.

“For many, many Jews, I would say the majority, I think this will be impactful,” he said. “I think the Jewish community – if it’s wise – will target this generation, give them extra opportunities, send them all to Israel in college [and] make sure they have opportunities to really strengthen their Jewish ties when this is all over lest a part of the generation will be lost.”

With regular camp cancelled, Emma Kaufmann Camp director Aaron Cantor sees this summer as a chance to bring camp to the community virtually in addition to the camp’s new family cabin rentals program.

“We have an opportunity to remind everybody that the most special part about camp is the friendships and connections they make,” he said. “So throughout the summer, we’re going to be delivering what we’re calling ‘bright spots’ to our community,” including virtual campfires and other events through online platforms.

Ramah Canada, too, has been offering virtual programs like Saturday night Havdalah Zooms and Shira BaBayit (Song in the Home).

Sarna sees these efforts as key to kids’ Jewish futures.

“We’re going to have to work hard to ensure that these young people have experiences over the summer that leave them positively connected to the Jewish community,” he said. “There’s nothing more important than training the next generation.” PJC

Kayla Steinberg can be reached at ksteinberg@pittsburghjewishchronicle.org.
JTA contributed to this report.