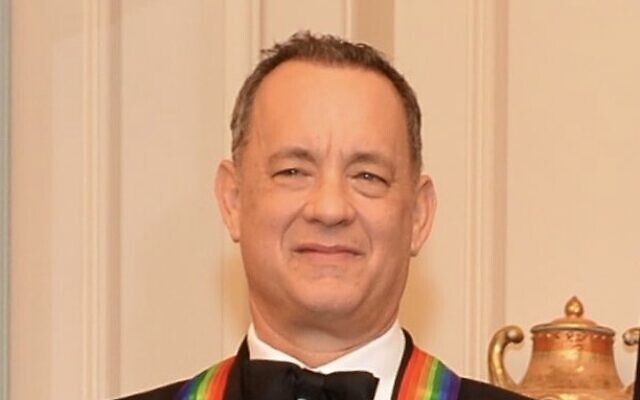 Actors Tom Hanks and Billy Porter, Pennsylvania Gov. Tom Wolf, and Joanne Rogers, wife of the late Fred Rogers, have become honorary cabinet members to support the renovation of the Tree of Life building, the congregation announced on Nov. 18.

Funds raised through the “Remember. Rebuild. Renew.” campaign will contribute to the renovation as well as community partnerships, educational programs, national outreach and a center for ending hate.

“Through this effort and with the support of people of all backgrounds, we will transform a site of hate and tragedy into a site of hope, remembrance and education,” said Rabbi Jeffrey Myers of the Tree of Life Congregation in a statement. “I will forever be grateful for the wellspring of love that continues to flow over and through our synagogue from all parts of the world, including the support of the individuals who have agreed to join the honorary cabinet to take the horror of Oct. 27 and create something beautiful that changes our country and our world.” 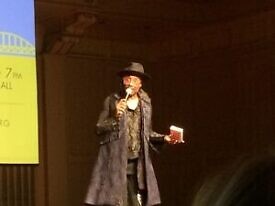 Billy Porter at a 2018 fundraiser for the victims of the Oct. 27 synagogue shooting (Photo by Toby Tabachnick)
For Porter, a Pittsburgh native and Carnegie Mellon University alum, this is a chance to support a community that has helped him.

“The Jewish community of Pittsburgh has been present for me and my family for decades,” said Porter. “They took care of me in my early years. They took care of my mom in my absence, as I pursued my career. My love for this community is unwavering. I look forward to showing the world what real love looks like!”

The Remember. Rebuild. Renew. campaign is chaired by Drs. Ellen Stewart and Jeffrey Cohen as well as Linda and Jeffrey Solomon.

“It’s important to me that not only is Tree of Life preserved [but also] that there’s a fitting memorial to the victims, and there’s something positive over there that is bigger than Tree of Life — something that is meaningful to the people of this community, to this neighborhood and to people of all groups,” Stewart told the Chronicle. “A place for understanding and learning as well as a place for the Jewish faith and a memorial.”

Stewart and Cohen live near the Tree of Life building and are longstanding members of the congregation. Cohen visited the shooter while he was treated at Allegheny General Hospital and led the hospital staff in caring for some of the victims of the attack. Linda and Jeffrey Solomon grew up in Squirrel Hill, and Jeffrey had his bar mitzvah at Tree of Life.

Stewart is grateful for the celebrities’ backing and hopes it inspires others to support the project, too.

“I’d love for people to look at that list and say, ‘Wow, Tom Hanks is a supporter of this project,” she said.

Wolf sees the effort as a force for good.

“The tragic and terrible attack at Tree of Life had a profound impact on our commonwealth and the nation, and the process of healing continues,” he said in the congregation’s announcement. “But one thing is clear — hate has no place in Pennsylvania. This campaign is an important opportunity to collectively resolve to fight hatred and anti-Semitism by supporting Tree of Life and connecting and engaging with the community. I’m honored to be named to this cabinet and to be a part of a campaign that seeks to overpower hate with education, support and, most importantly, love.” PJC