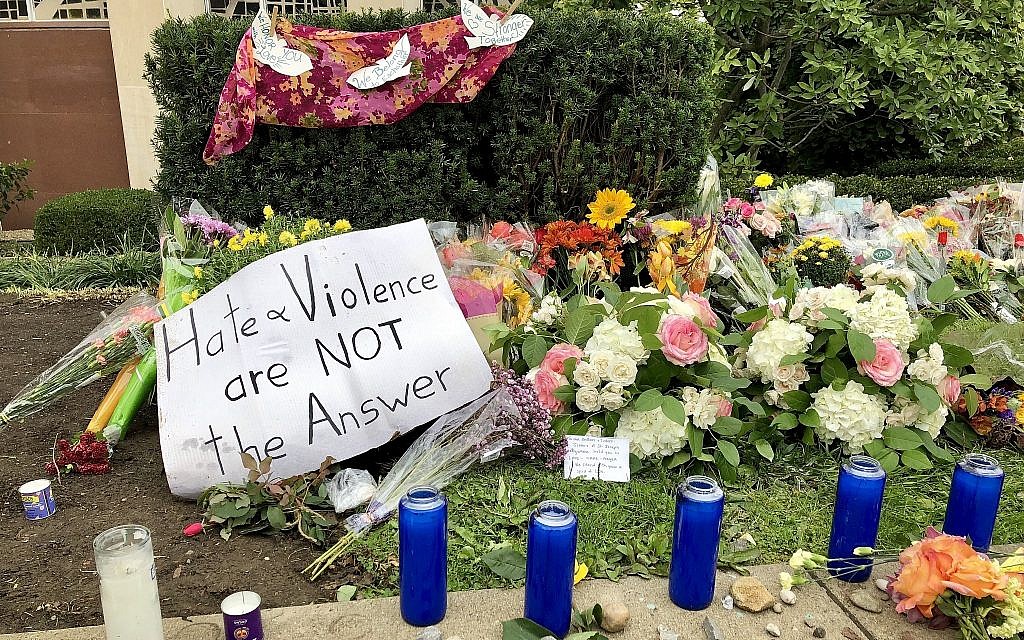 “Squirrel Hill: The Tree of Life Synagogue Shooting and the Soul of a Neighborhood”
Mark Oppenheimer
Penguin Random House, Oct. 5

So many Jewish Pittsburghers will recall walking around in a sort of adrenalin-fueled daze in the weeks following the shooting at the Tree of Life building, trying to process at once the shock, grief, anger and fear.

There was a lot happening in the wake of the massacre. The vigils. The funerals. The outpouring of love from all corners of the world. So many stories.

In the year that followed, the Pittsburgh Jewish Chronicle published hundreds of articles and opinion pieces about the massacre in Squirrel Hill — the most violent antisemitic attack in the history of the United States, which left 11 worshippers dead and six people seriously injured. 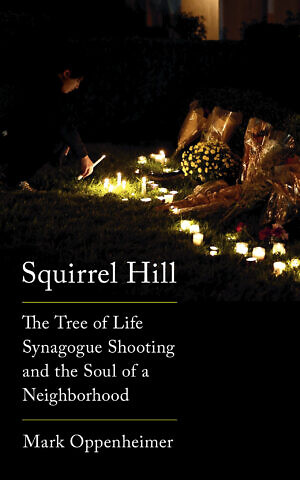 Journalist Mark Oppenheimer has collected and retold many of those stories — and several others — in his new book “Squirrel Hill: The Tree of Life Synagogue Shooting and the Soul of a Neighborhood.”

Oppenheimer has never lived in Pittsburgh, but his father’s family were Squirrel Hill stalwarts. The host of a podcast called “Unorthodox” produced by Tablet magazine, Oppenheimer lives in New Haven, Connecticut. He visited Pittsburgh 32 times between November 2018 and March 2020 to do his research, and interviewed about 250 people.

Oppenheimer was just one of many journalists and documentarians who came from away as we were living through the pain of the unimaginable. The onslaught of outsiders peering into the lives of those affected by the massacre — and let’s face it, we were all affected by the massacre — was not always welcome. At times it felt intrusive. Who were all these people, and why did they think they were the ones who should be chronicling our reactions to this unfathomable and devastating event that had changed our lives?

So, when I received the galley for Oppenheimer’s book, I opened it with a bit of skepticism and a critical eye.

I read it in one sitting.

If you are wondering if an outsider could hope to capture the mood — maybe even the soul — of a neighborhood to which he does not belong following an unthinkably horrific event, I tender this take: Perhaps an outsider, as it turns out, is best suited to do so. Oppenheimer’s being far enough removed from Squirrel Hill allows him to observe meaningful details that could be too close in the line of vision for natives to see as clearly.

Oppenheimer reports with candor and clarity in 18 chapters, including “The Attack,” “Those Inside,” “The Funerals,” “The Gentiles” and “The First Anniversary.” To be sure, he doesn’t cover everything that occurred in the year after the shooting, but he covers a lot and he does it well.

Which may be why some Pittsburghers may want to avoid reading this book. Not everyone will want to relive those days so vividly. Three years have passed since Oct. 27, 2018, but it could still be too soon for those whose friends or family members were murdered, or those who barely escaped with their own lives, to immerse themselves in that emotional space again.

For those interested in revisiting that time, though, “Squirrel Hill” is a compelling read. Oppenheimer covers the Pittsburgh synagogue shooting and shares the zeitgeist of the neighborhood through in-depth portrayals of various community members. Jewish Pittsburghers will recognize many, if not all, of the people Oppenheimer chooses to feature in this book. Some are obvious choices, such as the rabbis of two of the congregations attacked, Jeffrey Myers of Tree of Life and Jonathan Perlman of New Light; Dan Leger and Barry Werber, who both survived the shooting; and Eric Lidji, the director of the Rauh Jewish Archives, who is given his own chapter for undertaking the Herculean task of collecting and cataloguing the materials created and donated in the wake of the massacre. 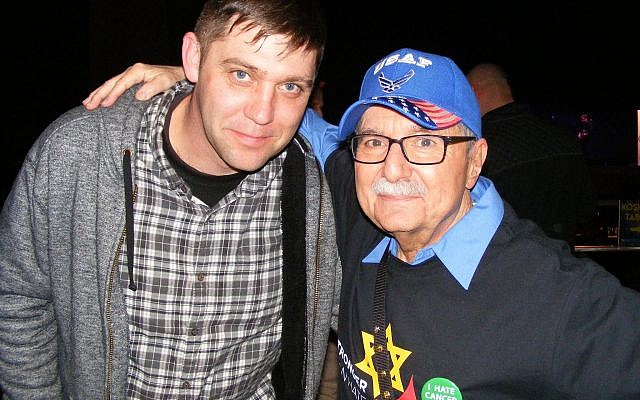 Officer Mike Smidga, left, and Barry Werber reunite on Feb. 27, 2019. Smidga and his partner Officer Dan Mead were among the first units to arrive at the Tree of Life building on Oct. 27, 2018. (Photo by Adam Reinherz)

Other people Oppenheimer features in his book are less obvious choices, but are nonetheless good ones: Danielle Kranjec, the Hillel Jewish University Center educator whose response to the massacre was baking hundreds of loaves of challah with her students, then delivering them to first responders, the families of the victims and anyone else who might appreciate them; Melissa Lysaght, the manager of the Starbucks on Forbes and Shady who asked her husband’s cousin Nicole Flannery to paint images of love and support on the store windows, which remain to this day; David Shribman, the Jewish editor of the Post-Gazette responsible for the memorable headline days after the shooting: the first line of the Mourner’s Kaddish.

If you didn’t know these people before, you will know them well after reading “Squirrel Hill.”

One of the most poignant chapters is “The Body Guards,” in which Oppenheimer provides a glimpse into acts of love that were largely invisible: guarding the bodies of the dead by Rabbi Daniel Wasserman’s team of shomrim. In accordance with Jewish law, the community volunteers made sure the bodies of those murdered were never left alone. They got as close to the bodies as law enforcement would allow, positioning themselves outside the Tree of Life building, working in shifts all night and through the rain. Afterward they drove alongside the bodies to the morgue — and once inside, again got as close to the bodies as they could — then the funeral home. Oppenheimer also highlights the sensitive work of Pittsburgh’s two chevra kaddishas, who washed and prepared the bodies for burial.

For the most part, the author’s depictions of people and events throughout “Squirrel Hill” are accurate and honest — sometimes to a fault: He exposes the good, as well as the not-so-good, in several community members. While those warts are surely there, I wondered if it was really necessary to reveal them. Beyond providing salacious fodder for voyeurs interested in reading about community conflicts and troublesome personalities, those sections added little of value to the narrative as a whole.

“In the aftermath of a mass shooting,” Oppenheimer writes, “there is a collective response and then there is the individual response.” The collective response takes the form of fundraisers and marches and memorials. The individual response is manifested in baking challah, knitting Jewish stars, studying Talmud with a partner — or standing watch over the body of a neighbor who has been gunned down in hate. In focusing his lens on the individuals who are Squirrel Hill, Oppenheimer has created an inspiring portrait of a resilient and, yes, loving community. A community that is Stronger than Hate. PJC