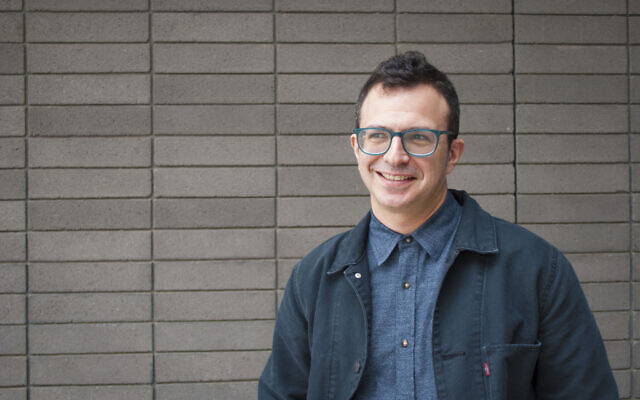 Poet Daniel Borzutzy grew up near the Tree of Life synagogue. His latest book is, in part, a reaction to the 2018 massacre at the congregation's building. Photo by Patri Hadad

Like many, Daniel Borzutzky can remember where he was when he got news of the shooting at the Tree of Life building.

The former Pittsburgher first got a text from a friend, then a call from his mother while he was at the gym. Although Borzutzky now lives in the Windy City, teaching at the University of Illinois at Chicago, he grew up in Squirrel Hill near the synagogue. In fact, Tree of Life was his family’s congregation and where he became a bar mitzvah.

In the days following the attack, Borzutzky was devastated, he said. Seeking an outlet for his emotions, he did what writers do. He wrote.

His reactions, along with his thoughts on other mass shootings, violence at the border, the plight of immigrants, xenophobia and more inform his latest collection of poetry, “Written After a Massacre in the Year 2018.” 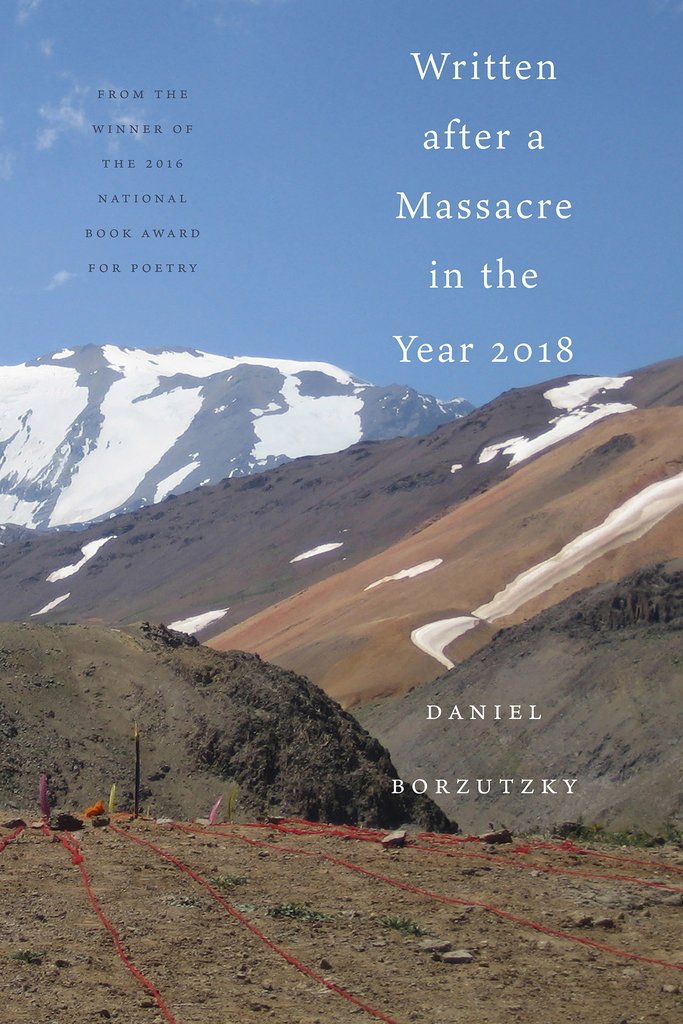 Written After a Massacre in 2018 was, in part, a reaction to the Tree of Life massacre. Cover by Cecilia Vicuña.

Borzutzky, the 2016 National Book Award for Poetry winner for his collection “The Performance of Becoming Human,” writes in a bare and immediate style free of artifice. The imagery is clear and direct.

His poem “Managed Diversity” contains lines such as, “They keep coffins at the border for when the refugees get too far from home,” and “The cardboard box sleeps one kid comfortably.”

Later, in “Systematic Risk,” he writes: “It’s better to deprive/ a few million people of food/ than to pull the plug on the global economy.”

His writing might not garner him an invitation to speak before the International Monetary Fund any time soon, but its immediacy makes it attractive to both longtime readers of poetry and novices just dipping their toe into the genre.

Consider his use of alliteration in the poem “Written After a Massacre in the Year 2018”: “Marines medicate others and mix their milk with mononucleosis. Millionaires multiply in the machinery of mourning, manufacturing mausoleums for martyred Marxists in Mercedes.”

The simple — but not simplistic — writing, pulls you in.

Not surprisingly, Borzutzky counts Chilean poets Cecilia Vicuña and Raúl Zurita as influences. He has translated the latter’s work into English and calls the pair “my heroes in art” in the book’s dedication.

While in the current political climate it might not be surprising to find writers grappling with immigration, workers’ rights and economic disparity, Borzutzky’s Latino roots run deeper than what is shown on cable news networks.

His family immigrated to Pittsburgh, via New York, from Chile, when his father came to the States to study medicine. His mother, a lawyer, earned her doctorate from the University of Pittsburgh and now teaches at Carnegie Mellon University.

Most of his family’s friends in Pittsburgh also immigrated from Latin America, he said.

“From Cuba, from Argentina, a few people from Chile,” he said. “At the time, it felt like we knew most of the Latin Americans in Pittsburgh. Of course, I’m sure that’s not true. But it felt like a very small community.”

As a result, the relationship between the United States and Latin America has always been a part of his writing, he said.

Both his Jewish and Latin American backgrounds had a connection to the shooting that took place at the Tree of Life building and are reflected in his new poetry collection. One of the reasons the shooter targeted that site was because of its relationship to HIAS, a Jewish organization that provides humanitarian aid and assistance to refugees. In the 1970s, the nonprofit helped Borzutzky’s parents as they settled in the United States.

The book is a reaction not only to the Pittsburgh synagogue shooting, but also to the 2019 massacre in El Paso, Texas, where almost all 23 victims were Latino.

At the end of the collection in a piece titled “End Note, ” Borzutzky writes in prose that “we live in a country of massacre,” then addresses the murders of Oct. 27, 2018. He lists the names of the 11 victims before quoting the poet Zurita: “The apocalypse is not when the world ends; it’s when one single person is killed.”

Later, he lists the names of those murdered in El Paso. In a prescient line, Borzutzky also mentions anti-Asian violence.

While the book confronts dark events, Borzutzky believes it would be wrong to think of it as only a reaction to violence.
“I think the hope is that there is something hopeful about trying to create a work of art, even if it is in response to difficult, deadly violent things — and that hope gives people reason to live,” he said. PJC

David Rullo can be reached at drullo@pittsburghjewishchroncle.org.