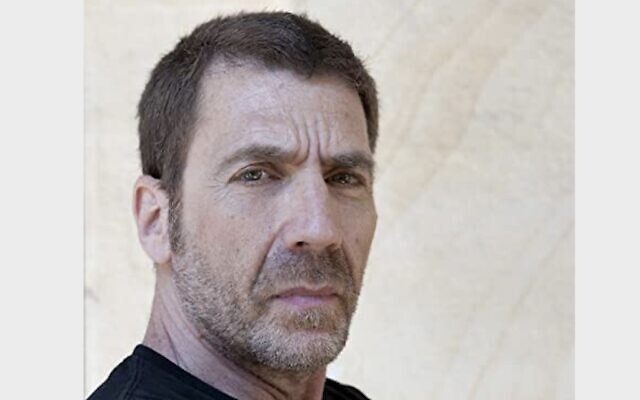 The absurdity of the situation was not lost on Jerry Stahl.

The writer had just emerged from Block 10 at Auschwitz, where Jews were tortured in medical experiments, when three teenage girls came running up asking for a selfie.

If the scene sounds like something that might be staged in “Curb Your Enthusiasm,” it won’t surprise you to learn there is a Seinfeld connection.

The girls had mistaken Stahl for actor Michael Richards, best known for playing Kramer in the long-running sitcom, created by “Curb” writer and star Larry David, and were excited to pose with the “actor.”

“I’m thinking, ‘what the hell,’” Stahl recalled. “People are taking selfies at a concentration camp dressed like they’re going to Disney World. What’s the etiquette? What’s the proper response when somebody want to take a selfie with you at Auschwitz and thinks you’re a celebrity you’re not?”

The Pittsburgh-born Stahl grew up in Brookline, which he remembered as no picnic.

“I was the only Jewish kid in a public elementary school of 800 kids. So, occasionally I got beat up for killing Jesus, which I don’t remember doing,” he said, exhibiting the deadpan humor that often exists in his writing when touching on painful or uncomfortable topics.

Members of his family continue to live in Squirrel Hill and belong to Tree of Life Congregation. Consequently, he said, he felt connected to the massacre at the building on Oct. 27, 2018.

And while Stahl might not be as famous as the actor who played Jerry Seinfeld’s eccentric neighbor, he has lived a celebrity-adjacent life.

Robert Downey Jr. has optioned his latest book, and Ben Stiller played a character based on his life in the movie “Permanent Midnight,” which recounts his marriage and addictions while writing for some of TV’s best-known series including “Alf,” “Moonlighting” and “thirtysomething.”

The Hollywood work is nice, Stahl said, but he considers himself a journalist. His work has been published in Esquire, Village Voice and Details, among other national publications.

“That was pre-internet though,” he said, “so it’s almost like it’s never happened.”

“Nein, Nein, Nein: One Man’s Tale of Depression, Psychic Torment and a Bus Tour of the Holocaust” is the author’s latest work. Written during the pandemic, it recounts a bus tour Stahl took through Germany and Poland in 2016. 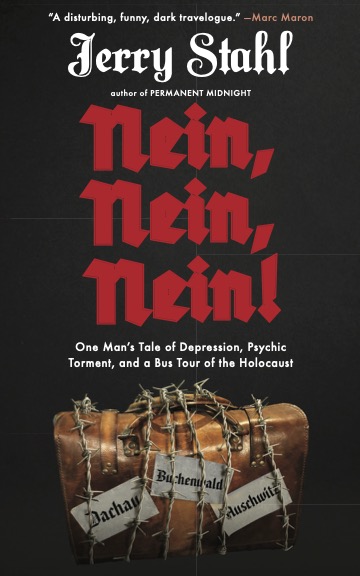 “Some books you write,” he said, “and some books write you. On one weird level, it’s almost a spiritual book about mental health or the lack thereof. I was very depressed and had this idea, ‘Why don’t you go somewhere where complete despair and depression is appropriate.’ Where is that more appropriate than a concentration camp?”

Before even visiting Dachau or Auschwitz, Stahl said, he first had to confront the horror of a busload of strangers who may have not ever seen a Jew.

The first night of the trip, he remembered, included a roundtable discussion where people discussed why they decided to take the tour.

“For some, it was like, ‘I saw “Schindler’s List” and want to see the hotel where part of it was filmed,’” he said.
The cottage industry of concentration camp tourism caused Stahl discomfort.

“It’s grotesque,” he said. “The last thing I wanted to do was have a snack after I staggered out of the ovens.”

In the introduction to “Nein, Nein, Nein,” Stahl writes that the pre-pandemic world now feels as relevant as distressed denim and LL Cool J. That being said, he sees a connection between then-president Donald Trump and Adolf Hitler.

“Did you know Hitler was considered an idiot, too?” he asked. “No one took him seriously in the beginning — therefore they just went along with him, because, like Trump they figured it was going nowhere.”

Rather than stay and watch what he called a “white-nationalistic president,” Stahl decided instead to go on the bus tour and write a six-part online series for Vice Magazine, which became the starting point for his book.

“Why stay in this country listening to mere Proud Boy-esque neo-Nazis when you could go to the source, to Poland and Germany, and experience the birthplace of actual Nazi-Nazis? How better to soak up fascist antibodies?”

Other questions haunted Stahl during his tour.

“I have always wondered at what point after a person is imprisoned do all the concerns — the ambition, the fear, the love, the insecurities, the regret — at what point do they disappear and just your survival takes over? It’s something I’ve always been fascinated by. As I get older, those questions become more prominent,” he said.

Stahl said he knows the book may be interpreted the wrong way, recognizing the dangers inherent in writing a funny book about an unfunny subject. The best advice he ever received, though, he said came from Jewish author Bruce Jay Friedman who told him, “If you write a sentence that makes you squirm, keep going because if it’s not dangerous, it’s not worth doing.”

The trip, he said, changed his life. It also taught him a more important moral.

“The lesson here is, you are traveling to see the worst that humanity has to offer. On some level, you’re seeing humanity simply being human. That’s the last thing I expected but that’s how it was.”

“Nein, Nein, Nein: One Man’s Tale of Depression, Psychic Torment and a Bus Tour of the Holocaust” will be published on July 5. Stahl will discuss the book with Ben Stiller at the 92nd Street Y on June 12. PJC