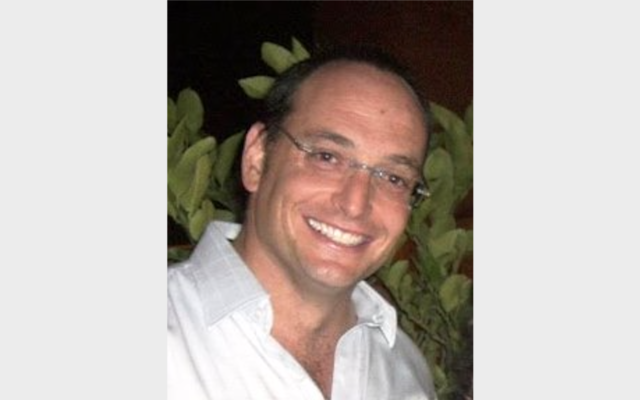 Rabbi Jonty Blackman hopes people will leave his tours with an understanding that the Jewish people’s return to its homeland is not a simple story.

He has been doing this work for a while: The full-time tour guide led some of the first Birthright trips, Classrooms Without Borders’ tours to Poland and Momentum trips to Israel, among others. But now, as Blackman put it, “tourism is dead.”

The Pittsburgh-area Momentum trip, organized by Classrooms Without Borders and the Jewish Federation of Greater Pittsburgh, has been rescheduled from October 2020 to October 2021. Tailored for mothers with at least one child younger than 18 who is being raised Jewish, the Momentum trip is one of many tours to Israel postponed due to the coronavirus pandemic.

For the foreseeable future, Israel is refusing entry to non-citizens or non-residents. As a response, organizations around the world, including Classrooms Without Borders, are offering virtual tours to deepen people’s connections with the Jewish state despite present geographic hurdles.

But what sets CWB’s virtual tours apart is its suite of topics, its leader, Blackman, and its intention — it specifically targets people preparing to go to Israel in the next couple of years, including Pittsburgh’s Momentum participants and those planning to join the Jewish Federation of Greater Pittsburgh’s Mega Mission slated for June 2022.

Each month for the next 10 months, Blackman will give a presentation centered around a theme and a location or multiple locations. The first session, held on July 13, focused on the Six Day War and liberating Jerusalem.

Blackman, who serves as a freelance educator for CWB, brings the Jewish knowledge he gained in the process of becoming a rabbi to his tours, teaching the Jewish story with his own experiences and learning in mind.

But while he folds his personal memories and photos into the narrative, Blackman aims to tell Israel’s story from a broader perspective and give participants a sense of the history and geography.

“What I try to do with history is bring history alive and allow people to try to understand what was happening on the human drama level,” said Blackman.

“I believe I know how to tell a story, and so I lead my groups on a journey of time and space, step by step, joining the dots as I go, so that they can enjoy the thrill of discovery,” he added in a message to the Chronicle.

Sometimes, during his tours — including those on Zoom — he’ll pause to give participants a moment to think and discover for themselves.

The virtual tours aren’t a perfect substitute for a trip to Israel. Physically being in Israel facilitates connection in a different way from Zoom. And participants cannot ask questions or talk to each other in intimate conversations — on the Zoom calls, the Q&A is a collective effort.

Yet the tours are not intended to replace a trip to Israel, but rather to complement future visits.

“[It’s] an opportunity to bring the country to their living rooms and teach them the history, the space, the stories,” said CWB Founder and Executive Director Tsipy Gur. “So when they get there, it will be familiar — they’ll connect with the land and the people.

“God willing, when the corona is over, they will go, but they will be more prepared.”

Blackman sees added benefits with virtual tours. “You’re not bound by geography anymore,” he said. “So you’re able to weave a theme together that doesn’t necessarily have to be going from place to place the way you can drive within a half an hour or an hour.”

The virtual tours can lift participants out of their present realities and into another, even if just for an hour or two.

“Many of us are lost and hurting and trying to deal with our situation,” said Blackman. “And being able to focus on something that is bigger than just the story of what the here and now is, is a big deal. Being able to use technology for something positive is very meaningful.

“The same [way] that TV shows and movies and videos are able to connect us to something bigger than ourselves and reading books is able to transport us to a different world even though we’re not moving, I think that that’s what the virtual tours can do,” he added. “It can transport us to a different time and space without us leaving our chairs, without us leaving our screens. And if it’s done well, it can so transport us emotionally to be connected to the place that we’re talking about.”

The next virtual tour, held August 10 at 7 p.m. EST, will explore the history of the Golan Heights. PJC