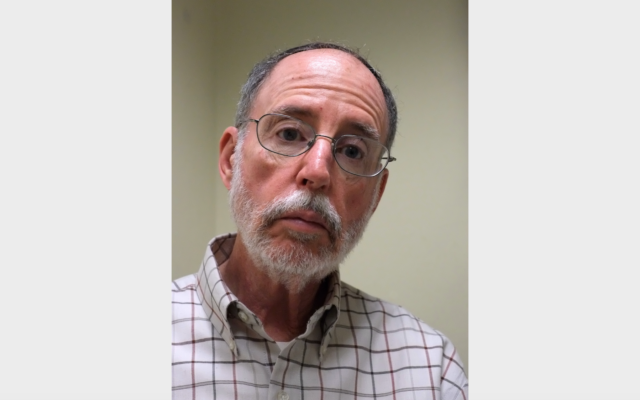 The Torah, the Pittsburgh Steelers and literature of plagues and pandemics.

It sounds like the opening of the old “Tonight Show Starring Johnny Carson” bit where the host, dressed as Carnac the Magnificent, would divine humorous meaning from three seemingly disparate objects. Instead, all three are subjects Abby Mendelson has taught or written about.

Mendelson, a Squirrel Hill resident, is an author and instructor at Point Park University, Chatham University, Osher Lifelong Learning Institute at the University of Pittsburgh and Kollel Jewish Learning Center.

A typical day might include teaching a course in medieval poetry at 6 p.m., an environmental studies class at 7 p.m. and at 8 p.m. studying Mishna. That is between writing books including his newest release, “Spirit to Spirit: A Portrait of Pittsburgh Jazz in the New Century” for which he wrote the text accompanying David Aschkenas’ photos.

“It all makes sense. I’ve always been interested in everything,” Mendelson said. “I’ve reached the stage in my life where I think of myself as a community resource.”

Mendelson’s circuitous route started in Long Island, New York. His early plans were simple: “The standard joke is, I wanted to grow up to be a bum, but it didn’t work out,” he said. Succumbing to his parents’ pressure to follow the well traveled path of becoming a doctor or lawyer, Mendelson listened to the advice of an uncle who suggested he leave New York for school, attending the University of Pittsburgh for his undergraduate degree and one year of law school.

“I said, ‘It will be my stint in the Foreign Legion.’”

The Steel City emigre fell in love with both the city and his future wife, Judy. What he wasn’t so crazy about was law school, eventually deciding to study English instead.

“I traded two years of law school for six years of graduate school,” he said.

After earning his Ph.D. at Pitt, Mendelson tried his hand at writing due to a glut in the teaching market. He began covering sports for a weekly paper and joined the staff of a long-since-out-of-print magazine “The Pittsburgher.”

“Thank God, I had an aptitude for it,” he said.

He was able to harness that aptitude, writing for advertising and public relations firms, as well as working with Pittsburgh Mayor Richard Caliguiri, helping to craft speeches and working on public political campaigns.

Along the way, Mendelson was lucky enough to be asked to pen what might be considered the ultimate honor for a Pittsburgh sportswriter: the official history of the Pittsburgh Steelers. He remembered the offer being based primarily on a few criteria: “They said we know you can write on a deadline, you covered them during the glory years and you knew The Chief,” he explained.

Updated four times, the book went on to be a Pittsburgh bestseller, knocked out of its top spot by a book penned by America’s anchorman, Walter Cronkite.

The writer’s second act began 16 years ago, teaching English courses part-time at Point Park college. His classes have included Intro to Literature, poetry, short narrative and even a class on the graphic novel covering classics in the genre like Frank Miller’s “Dark Knight Returns” and “Maus” by Art Spiegelman.

He has also taken his show on the road, teaching courses at, among other places, Mt. Lebanon Public Library and Beth El Congregation of the South Hills.

Bernice Hoffman Natelson has brought Mendelson to speak at Beth El as part of their popular “First Monday” lunch series, where he has discussed Jewish Hollywood and the Jewish Hill District.

“When I first heard him, I was immediately impressed by how engaging he is as a speaker,” said Natelson. “He can balance giving really good information while also being entertaining and informative.”

Joan Rothaus and her husband Ron have taken Osher courses taught by Mendelson for close to a decade.

“We’ve done courses on George Orwell, one was Toni Morrison, Appalachian Dreams, we’ve done Native American literature and a course on doomed explorers,” the South Hills resident remembered. She recalled him once saying, “I’m going to give you books you’ll want to read the rest of your life.”

Her husband connected with Mendelson not only through classes but a shared love of jazz and ’60s and ’70s rock music.

“I find it humorous,” Ron noted, “that he used to hang out in an Oakland dive bar the Decade. He was a big rocker from his early days. It’s been fun knowing him.”

The couple studied jazz with the music fan, adding “But Beautiful: A Book About Jazz” to their library because of the course.

Rothaus called him a mensch: “We’re very fortunate. He’s not just teaching a class that is unapproachable. He’s amazing on all those levels — on a personal level, on a professional level. It’s very rare.”

If Mendelson is a mensch, perhaps it is because of the work he does outside of teaching and writing. He attends Congregation Poale Zedeck, taught Torah study at Kollel, where he served on the board and as president and continues to study the Talmud — he’s currently on his third Daf Yomi cycle — and volunteered for years with the Aleph Institute, visiting Jewish prisoners.

“He was concerned with the welfare of individuals; he was a great asset to Aleph,” Vogel said. “The years that he went, he was a tremendous asset to the community. He is a smart man, he has wisdom, he listened. More important than anything, his empathy left a lasting impression on me.”

The father of three and grandfather of eight has authored numerous books including “Pittsburgh: A Place in Time,” “Arena: Remembering the Igloo,” “Pittsburgh Prays: Thirty-Six Houses of Worship” and “Pittsburgh Born, Pittsburgh Bred” and taught hundreds of Pittsburghers on a myriad of topics. But he has a simple philosophy.

“I keep telling my lit students at Point Park and Chatham, ‘For heaven’s sakes, have fun; enjoy the stuff. It is meant to be enjoyed,’” he said. “Sure, reading good stuff and writing stuff is work. We know that. But if you can’t do it with a proverbial song in your heart, do something else.” PJC